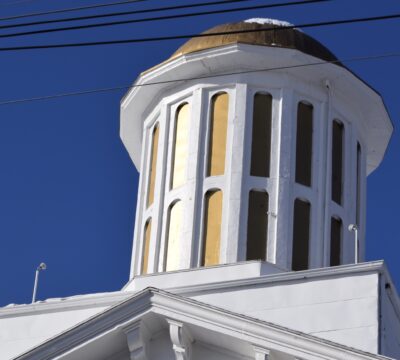 Present were Meigs County Commissioners President Randy Smith, Vice President Jimmy Will and member Tim Ihle. The minutes were unanimously approved. Bills were paid including weekly invoices of $46,742.58 in county general bills along with total bills for all departments of the county in a total of $336,129.83.

Discussion of appointing members to the Buckeye Hills Regional Development Council was discussed and tabled until the next meeting.

A resignation was received from Dawn Jordan, a member of the board for the Meigs County Developmental Disabilities. Superintendent Kay Davis recommended Jennifer Sears to fill the unexpired term, which was unanimously approved.

This year the county is eligible for Community Development Block Grant (CDBG) funding. Middleport Mayor Fred Hoffman discussed with the commissioners that the village would like to apply for several projects to be covered under the CDBG neighborhood revitalization. He discussed projects involving work on sidewalks, parks, demolish condemned homes, fire department, among others which could possibly involve the Blakeslee Center and the Meigs County Museum. Hoffman noted there are several points in which a neighborhood revitalization grant could be used and needed. The total amount available is approximately $750,000. Hoffman would like to have enough projects to incorporate the full amount for Middleport. One of the requirements for submitting an application involves being within a margin of percentage of at least 51% for labor market information (LMI). The LMI is data collected about the current work and job environments in specific areas. For Middleport, Hoffman said the LMI is 68% which is within requirements for the CDBG funding. The commissioners discussed that the Village of Racine is also intending to apply for funding. Hoffman was told to submit a letter with a list of projects. The commissioners were also waiting to see if other applications would be submitted for CDBG funding.

Mike Hendrickson, Middleport Village building inspector, asked about the status of the land bank. Jimmy Will said that they were going to hold off setting up the board until after the election. Smith said the seats could be set up sooner because it was the titles, not the individuals on the board. The land bank board can vary depending on how it is set up. The base form includes two county commissioners, and the county treasurer. Those three then appoint the rest which can be a five, seven or nine member board. One of the members must be the mayor or possibly a representative from the largest village.

Doug’s Carry Out located on State Route 143 has applied for license to sell alcohol. The commissioners receive notice when a business applies for liquor licenses. If anyone expresses concerns about it, a public hearing can be held. Anyone in the public has until March 5 to contact the commissioners with any concerns. The matter was tabled.

The commissioners also made an appropriation for equipment to be purchased for the Meigs County Board of Elections.

During the meeting, Adam Will asked a question of the commissioners pertaining to the county budget resolution with the Sheriff’s Office and a quarterly budget. He referenced the paragraph of the resolution which reads, “WHEREAS, the Meigs County Commissioners have discovered many line items that exceeded the approbation, further the commissioners were made aware of MOUs that have created excess spending that have been deemed unlawful by legal opinion.”

Smith then read an email communication concerning the MOU in question from said CORSA attorney (it was unclear if this was the entire communication or part of the communication being read). The communication seemed to address another matter before going into the MOUs. Smith read, “Also by way of your follow up to your inquiry to the enforceability of the MOUs it is of our legal opinion that if the commissioners are not a signatory to the MOU (or did not approve the MOU) then you do not need to appropriate the funds for the reimbursement for the mileage for the sheriff or fund any MOU that wasn’t approved by us.”

Smith stated that the MOUs are modifying the contract, stating that no county elected official representing the county except for the board of county commissioners. Will asked about negotiations with the union and the county commissioners involvement in those negations. Smith said there are financial matters that the commissioners are involved in, “Matter of fact I probably was involved directly in the negotiations of this contract more heavily probably than we have for some time.”

Adam Will then asked about the commissioners being present at the negotiations. Smith stated the two attorneys (one for the union and one for the county’s which is the prosecuting attorney) are present. Smith said he keeps a copy of the contract with the deputies and Meigs EMS in his desk for when issues come up outside of the contract. Smith stated that what caught his attention to ask for counsel was a section of the contract referencing vehicles with the deputies stating that deputies hired after April 1, 2018 must live within the county or within two miles of the county line to drive the vehicle home. “When we caught wind that an employee was hired after that date, driving one of our cars back and forth to Barlow to get to work, then that means that’s extra fuel and maintenance on a vehicle that we have to provide, that certainly was not considered in the budget, because it was not mentioned in the contract. We don’t find out til months if not a year, beyond a year after that’s happened that we’re even doing it. Um, and that’s how. That was the triggering mechanism that got us looking into it and find out there are multiple MOUs,” Smith said.

Adam Will stated that at the last meeting the language of the resolution caught him off guard, “This is a heated environment. My concern was people hear that and their immediate response is going to be ‘is that an accusation of illegal activity’ versus what it sounds to be what I deal with as a school board member not necessarily illegal action as much as unenforceable MOU. It’s unenforceable because it doesn’t meet the contract standards set forth by either ORC or county policy.”

Smith continued to explain the legal opinion, and needing to correct something stating that last week’s move to the resolution and quarterly budget for the Sheriff’s Office was the last step. Smith then went into the public can interpret things in different ways. Will said he understood that as a member of the Eastern school board. Smith said, “We can ask similar questions of decisions that you guys have made because you interpreted a situation one way and the public interpreted it another with personnel. Obviously nobody has to bring up the names or the situations over the last couple of years that have happened out at Eastern with staff and allegations. Why weren’t those in the paper faster than they were. Why wasn’t the public notified something was going on with the Holter case until he showed up here on the bill of information. You guys had information about that.”

“The school board had no idea that he was being investigated,” Smith asked.

“Absolutely none whatsoever, sir,” Will replied.

“There’s things that come out in the public and you wonder why. Why was it, why wasn’t it put out like this,” Smith responded.

Will stated that he was Vice President of the Eastern Local Board of Education and he found out when the news story broke.

Smith responded that he could assume that the school board had knowledge of it and didn’t want to report it.

“I think you are trying to conflict, I just had a question about a word, that is all,” Adam Will said.

Smith said that they were not putting an office holder under a quarterly spending plan “just because” and then alluded to raising children and that this was the last step.

“We are watching every dollar,” Jimmy Will added.

Smith said managing the funds was a very serious responsibility.

The commissioners then moved to go into executive session to discuss personnel matters. No action was taken.