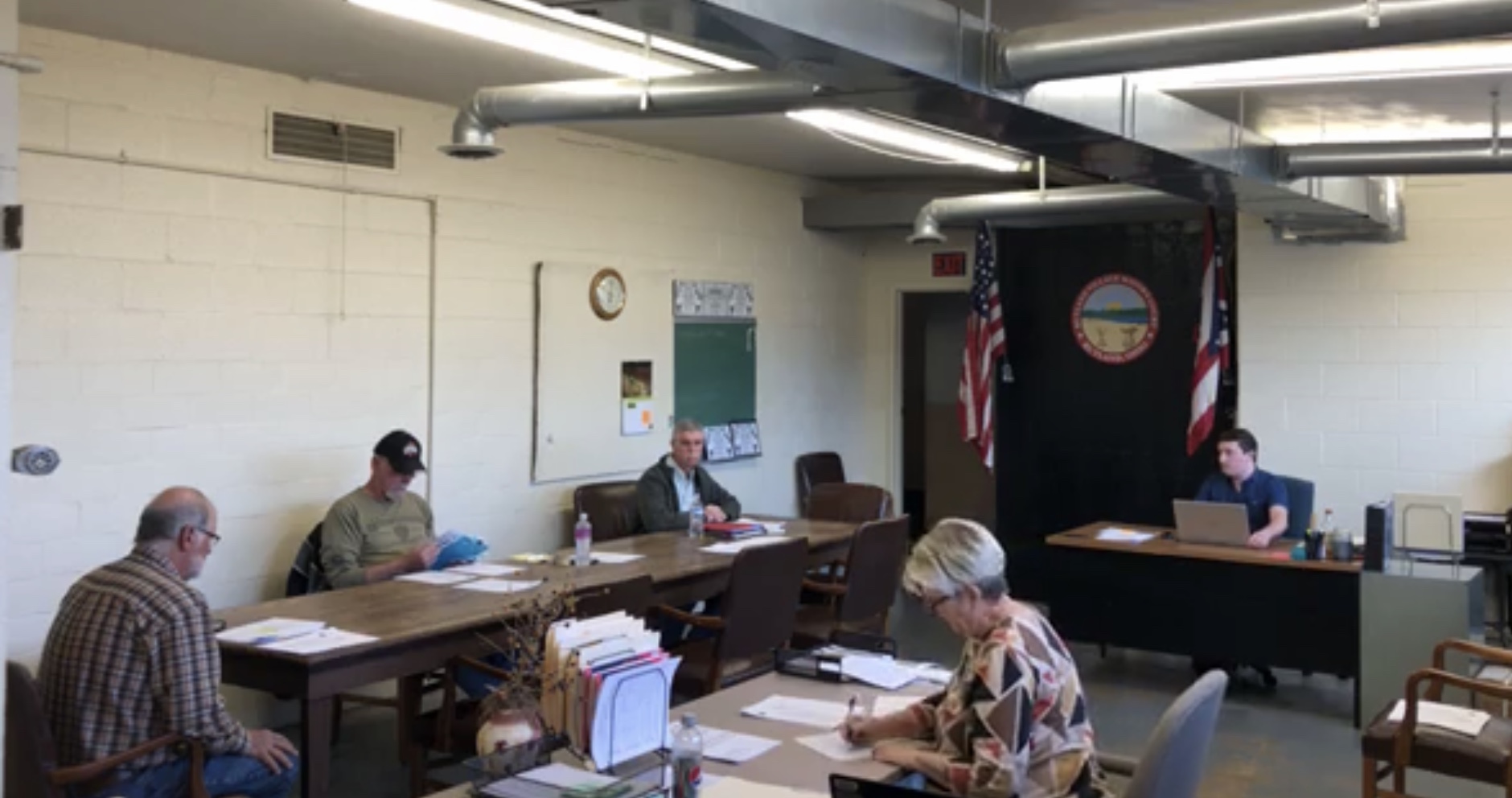 RUTLAND, Ohio – During their most recent regular session broadcasted via Facebook Live, the Council of the Village of Rutland received reports, took action on the Marshal appointment, new gravel at Jim Vennari Park and the assignment of a property address, among tabling other items. The Council convened in regular session Monday, April 6, 2020 in Council Chambers at the Rutland Civic Center.

Unlike routine meetings, the April regular session of the Council was broadcasted in an effort to ensure compliance with the Ohio Department of Health Stay-at-Home Order and the Ohio Open Meetings Act. In attendance with the Council assisting in the broadcast was Rusty Fields, a student from Ohio University.

During their regular session, the Council conducted an interview of Marshal/Chief of Police Candidate Kyle Calendine. Members questioned Calendine regarding achievements attained during his law enforcement career, prior related work experience and history as well as letters of recommendation. Following the interview, members convened in executive session to consider the approval of Calendine’s appointment, after which members reconvened in regular session and yielded no motion to approve the appointment of Calendine as Rutland’s next Marshal/Chief of Police. Given no motion was received, Mayor Eblin deemed the appointment denied.

Following the interview and executive session, Councilman Weber thanked Calendine for his time and interest and Mayor Eblin expressed appreciation to Calendine, stating, “Mr. Calendine, the Council and I both extend our appreciation of your interest in serving our community as the Marshal/Chief of Police. We additionally thank you for devoting your time in the attendance of this meeting and extend our best of luck to you in all of your future endeavors associated with your law enforcement career.” The position of Marshal/Chief of Police has since been reposted and more interviews will be conducted until a replacement is appointed.

In matters related to facilities, parks and recreation, the Council approved an appropriation of $100 for new gravel at Jim Vennari Park following a request from Mayor Eblin, who informed the Council of a number of potholes found in the parking area of the Park. A quote was provided from Hutton Excavating at $26.50 per ton, who was the recommended contractor to provide the new gravel.

In matters related to property and land usage, the Council approved the assignment of a house number to Shane Collins who is planning to construct a new home on property in the process of being purchased. The Council was also advised by Mayor Eblin of issues surrounding the property at 58 Depot Street. Specifically, Mayor Eblin informed the Council that the property has undergone foreclosure and is currently under the ownership of Wells Fargo & Company, who is actively attempting to sell the property. The Council was advised that the property has open violations, specifically, structures previously built on land mitigated and restricted by the Federal Emergency Management Agency. Mayor Eblin informed the Council that he will be in contact with the responsible agents and direct that the violations be corrected.

“Residents of the Village of Rutland are reminded to check with their municipal government before building any structure within the corporation limits,” expresses Mayor Eblin. “Property owners and builders need to be aware and cautious of properties that pose a high flood risk and the consequences of building on mitigated or restricted areas.” Mayor Eblin plans to review all mitigated and restricted properties in the Village and take action to ensure violations are corrected as well as ensure future violations are prevented.

In legislative matters, the Council:

The Council will reconvene in regular session Monday, May 4, 2020 at 6 p.m. in Council Chambers at Rutland Civic Center. It is not yet known if the meeting will have an alternate procedure similar to that of the regular session held Monday, April 6, 2020.

The video of the meeting can be found in the link below.