Mary M. Darst Robinson, 92, of Cheshire, passed away, on Wednesday, July 29, 2020 in the Holzer Medical Center, Gallipolis. Born September 12, 1927 in Cheshire, Ohio she was the son of the late Bud and Gertie Ward Darst. She was a homemaker and attended the Racine United Methodist Church and the East Letart Untied Methodist Church.

In addition to her parents she is preceded in death by her first husband, Elmer Sigman, her second husband, Harry Stobart, and third husband, Howard Robinson, five sisters, and two brothers.

Funeral services will be held at 1 p.m. on Monday, August 3, 2020 in the Cremeens-King Funeral Home, Pomeroy. Rev. Rick Towe officiating and interment will follow in the Gravel Hill Cemetery. Friends may call an hour prior to the service at the funeral home. 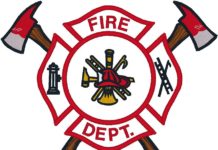