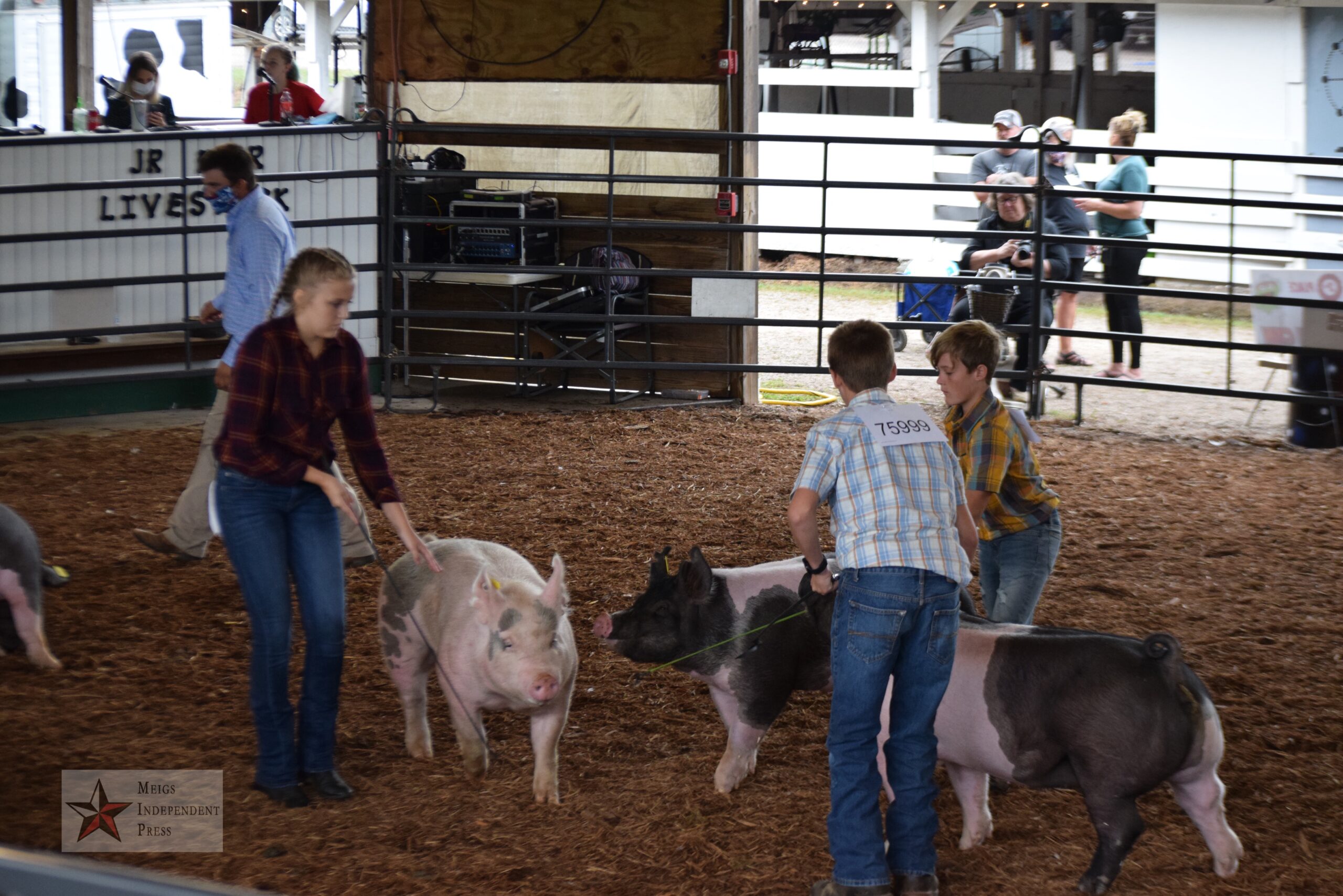 Placing by Class for Swine

In the Market portion of the show, Jaycie Jordan had the Grand Champion Market Hog followed by Jacob Jordan with the Reserve Champion Hog. Rounding out the top five were: third, Aston Jude; fourth, Cooper Jude; and fifth, Parker Durst.

The following photos are by Carrie Rose, Meigs Independent Press. For more on the Swine Show see the live video links below the photos.