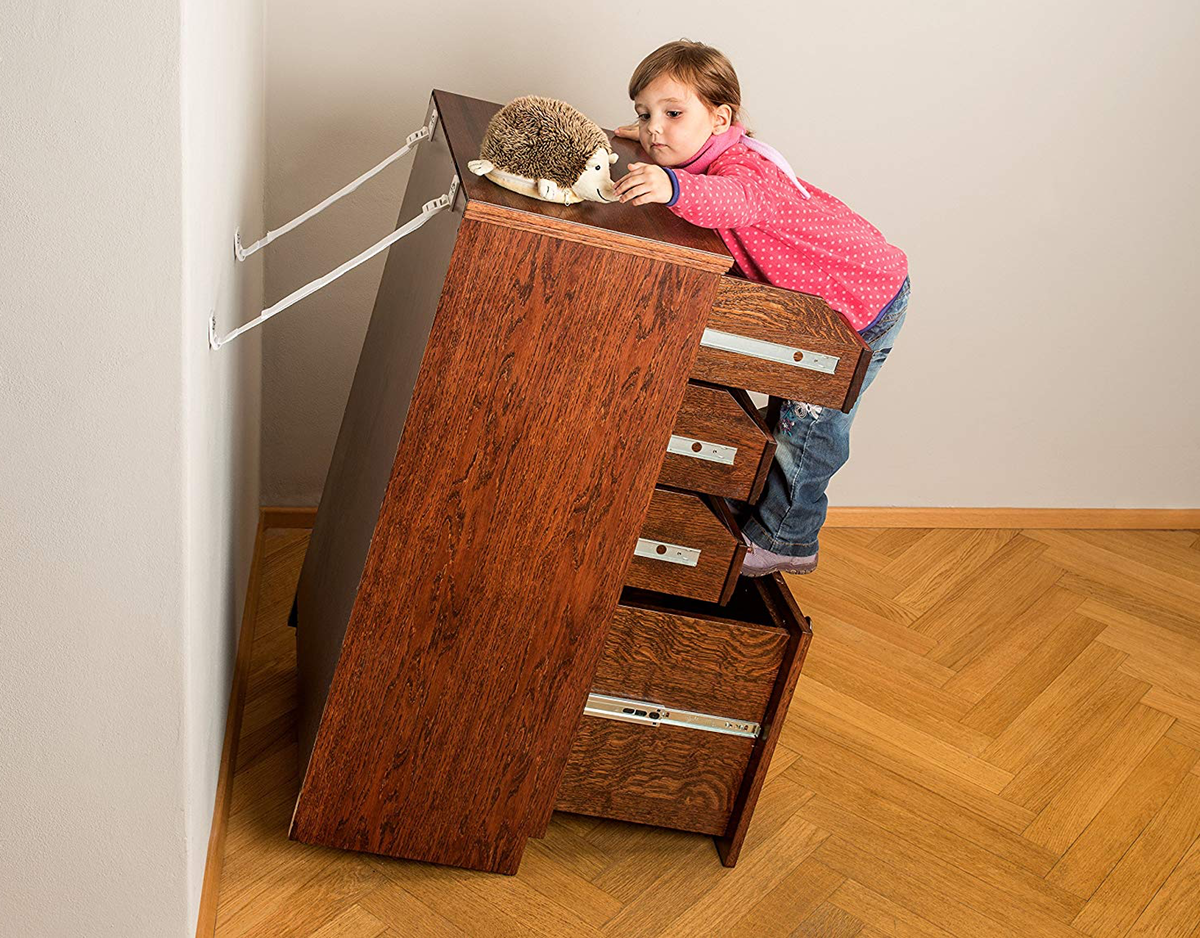 $5 can prevent a dangerous accident at home

COLUMBUS, Ohio – Thousands of children are injured each year by fallen furniture or televisions – and safety experts say it’s a big problem with a simple solution.

A new report from the U.S. Consumer Product Safety Commission shows that 451 kids age 17 and younger were killed in tip-over incidents between 2000 and 2019.

Director of Communications with the commission Joseph Martyak adds that just half of people surveyed reported anchoring a TV or piece of furniture. He said he believes there is a false sense of security in the home.

“A lot of parents and caregivers said, ‘You know, I don’t have to anchor my TV or furniture because I watch my kids,'” said Martyak. “And the very sad fact there is it still happens, and it happens in the blink of an eye. And they cannot get there fast enough to catch that TV or furniture from hitting the child.”

The CSPC recommends televisions and large furniture items, such as bookcases, be anchored securely to a wall. Martyak said anchor kits are sold at most hardware stores, cost as little as $5 and take as little as five minutes to install.

Martyak noted that today’s televisions are much easier to place or mount up high, unlike the large consoles of the past.

“They certainly have changed in style,” said Martyak. “They’re not as heavy as before, but they’re also lighter. If they’re on top of the table, they’re prone to tip over, maybe quicker. And the statistics unfortunately have not gone down. And so even though people are making an effort, the fact is that these are still happening.”

Besides using anti-tip devices, Martyak also suggested putting heavier items lower on bookcases or TV stands to keep the center of gravity lower. He added that cords also can be a hazard for little ones, as well as items placed up high.

“If you start putting the remote or candy or toys up high on the bookcase or on the top of the TV, that’s gonna attract the kids to climb, and you’re gonna have this problem,” said Martyak. “So don’t tempt the toddlers.”

The report found that from 2017 through 2019, roughly 11,000-thousand kids were treated in hospital emergency rooms each year for injuries related to a TV or furniture tip-over.