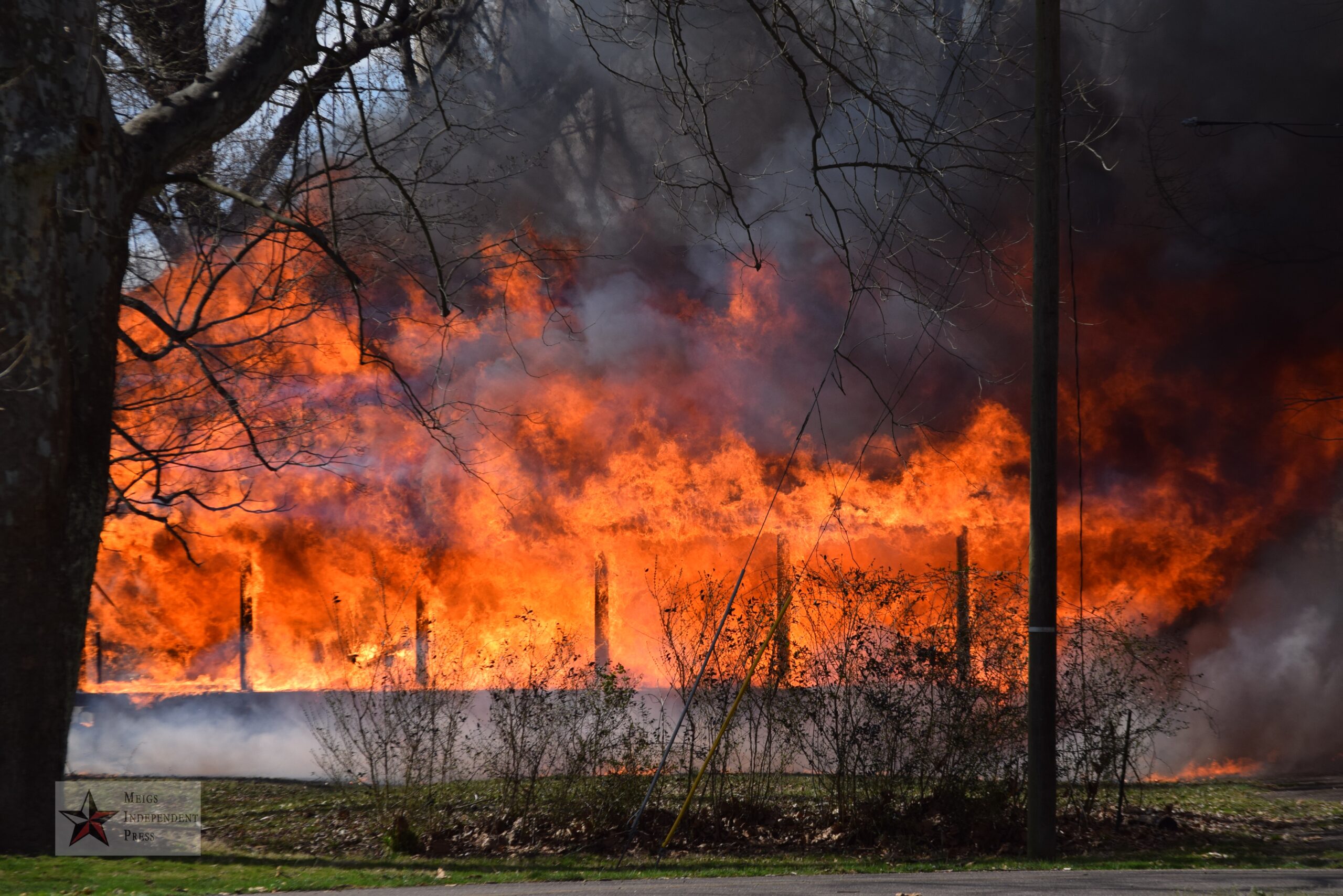 RACINE, Ohio – A two-story structure burned to the ground in Racine on March 24.

The old wooden home had not been lived in for some time at the corner of Pearl and Cross Streets in Racine. Firefighters were on the scene quickly, but the wood structure along with winds that fanned the flames brought the house down. The call came in about 4:25 p.m. Racine Volunteer Fire Department along with Syracuse Volunteer Fire Department were dispatched to fully the engulfed structure. Also dispatched was Medic 2 with Meigs EMS. The Syracuse Marshal responded to the scene as well (during the live Facebook video, MIP misspoke and said it was the Racine Marshal).

One of the concerns firefighters had while fighting the fire were embers threatening a nearby structure. One tree near was smoldering from embers and a second tree was on fire along with leaves at the base of it. The second tree was very close to another home. Crews were on scene for several hours to fully extinguish the flames and embers.

According to Racine Fire Chief Boyd Bailey, the structure was abandoned but there was still electric to the building. The cause of the fire is believed to be electrical. Chief Bailey said it was not suspicious.

“Racine responded quickly along with mutual aid from Syracuse. We appreciate their assistance and working with them. Everyone worked well together extinguishing the fire and protecting the threatened structures,” Chief Boyd said.

AEP responded to shut the electric off. The Meigs County Sheriff’s Office was also on scene.

Click the link below for video from the scene here.

Photos from the fire at the corner of Pearl and Cross Street below. All photos by Carrie Rose.