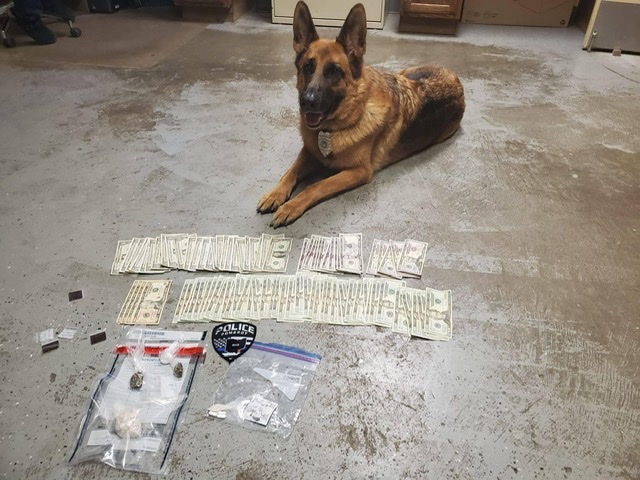 POMEROY, Ohio – A traffic stop has led to the discovery of alleged drugs in Pomeroy.

According to a statement from the Pomeroy Police Department, during a traffic stop on May 4, 2021, “A large quantity of suspected heroin/fentanyl, benzodiazepine pills, marijuana, and miscellaneous drug paraphernalia was seized. Approximately $1,200 in cash was seized from one of the female suspects. Pomeroy PD K-9 Maximus was utilized and positively indicated on the suspect vehicle. Two female suspects were arrested during the contact. Felony and misdemeanor drug-related charges, as well as, other felony and misdemeanor charges were filed on the two female suspects. Syracuse PD assisted PPD officers during the contact.”

Further information including the names of the suspects has not been released. All suspects are considered innocent until proven guilty in a court of law.