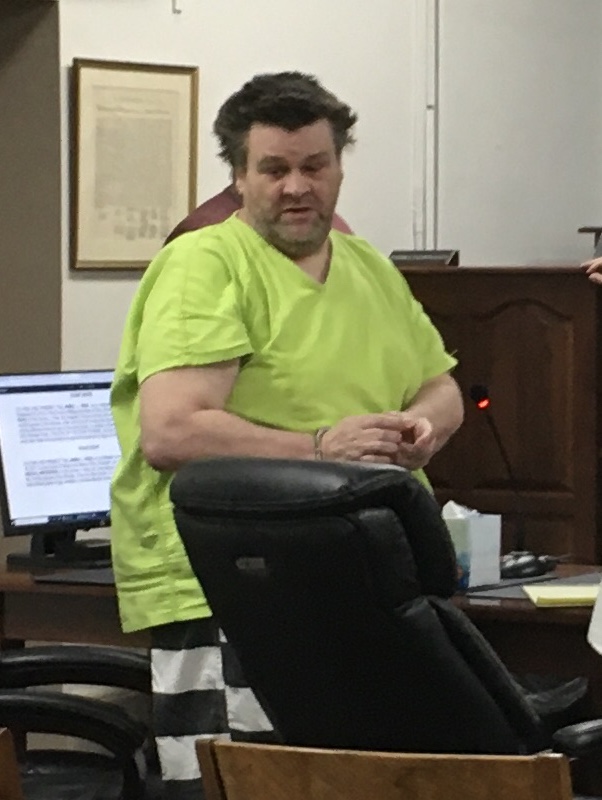 EDITOR’S NOTE: The following story may be disturbing to some readers. Some testimony is too graphic and will not be printed here. Some information would directly identify victims, which the Meigs Independent Press will not do.

POMEROY, Ohio – James Hess has been sentenced for raping and sexually assaulting multiple victims in the Meigs County.

James Hess was convicted on multiple counts of rape and sexually assaulting four juvenile victims by a Meigs County jury on May 7, 2021. On May 28, he was sentenced to three life sentences without the possibility of parole in addition to other charges.

Prior to sentencing, the sexually violent predator was held. The state called one witness that alleged she had been abused when she was a child. This alleged victim was not part of the convictions in this case. Additionally, the testimony of the victims in which Hess was convicted of were admitted as evidence.

Evans argued that him being a Tier 3 sex offender, if Hess gets out of jail, he would have to register anyway. She also argued that there are no previous convictions. “There is nothing that I see that labels him as a chronic offender,” Evans said.

Judge Warner found James Hess to be a sexual predator and moved forward with sentencing.

Two parents for two of the victims addressed the court giving victim impact statements. One parent said she had seen the change in the victims. “One does not want to go outside. The other has become very ‘backward,’” she said. The mother of two of the victims stated they all have to now live with this the rest of their lives. At the close of her statement, she looked at Hess and loudly stated, “I just wish you would rot in hell.”

Another parent addressed the court saying, “This hurts,” as he outlined the change in his children. At the end of his statement he said to Hess, “May God have mercy on your soul.”

At times Hess sobbed during the proceedings. He occasionally would mutter about not hurting anyone and that he wanted to go home. He said the same thing during his opportunity to address the court. He stated that who he was had been “misrepresented” to the court.

Prosecutor Stanley argued for the maximum sentencing for the grievous nature of the offenses, especially toward children. Stanley called the crimes “horrendous” which included the rape of seven year old child.

Following the pronouncing of sentencing, Judge Warner echoed the sentiment of one of the victims’ parents. She told Hess he would be spending the rest of his life in prison and that as stated before, “May God have mercy on your soul.”

Hess was led away by a deputy with Meigs County Sheriff’s Office to begin serving his sentencing.

“The state is satisfied in this matter. I hope it helps the victims with healing going forward,” Prosecutor Stanley said immediately following the proceeding.

For the full coverage of the trial that led to the convictions of James Hess, click the link below.