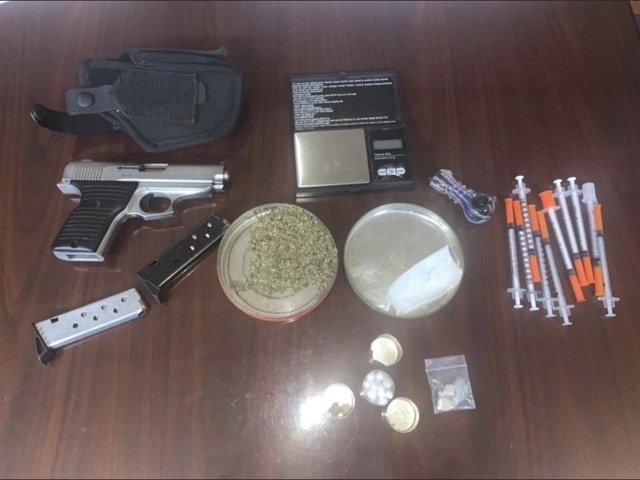 RACINE, Ohio – A traffic stop in Racine has led to the discovery of alleged drugs.

According to a statement from the Racine Marshal’s Office, last night Marshal Hupp conducted a traffic stop on a white Chevy pickup truck for a marked lanes violation. During the traffic stop Marshal Hupp requested assistance from Pomeroy Police Department Officer Morris and K9 Maximus. K9 Maximus was used for a free air search around the vehicle and gave a positive indication to the presence of a narcotic odor on the drivers side door area of the truck. Officers conducted an inside search of the truck and located several items of drug paraphernalia, illegal drugs and a firearm.

This case is still under investigation. All suspects are considered innocent until proven guilty in a court of law. Further information was not released by the Racine Marshal’s Office.