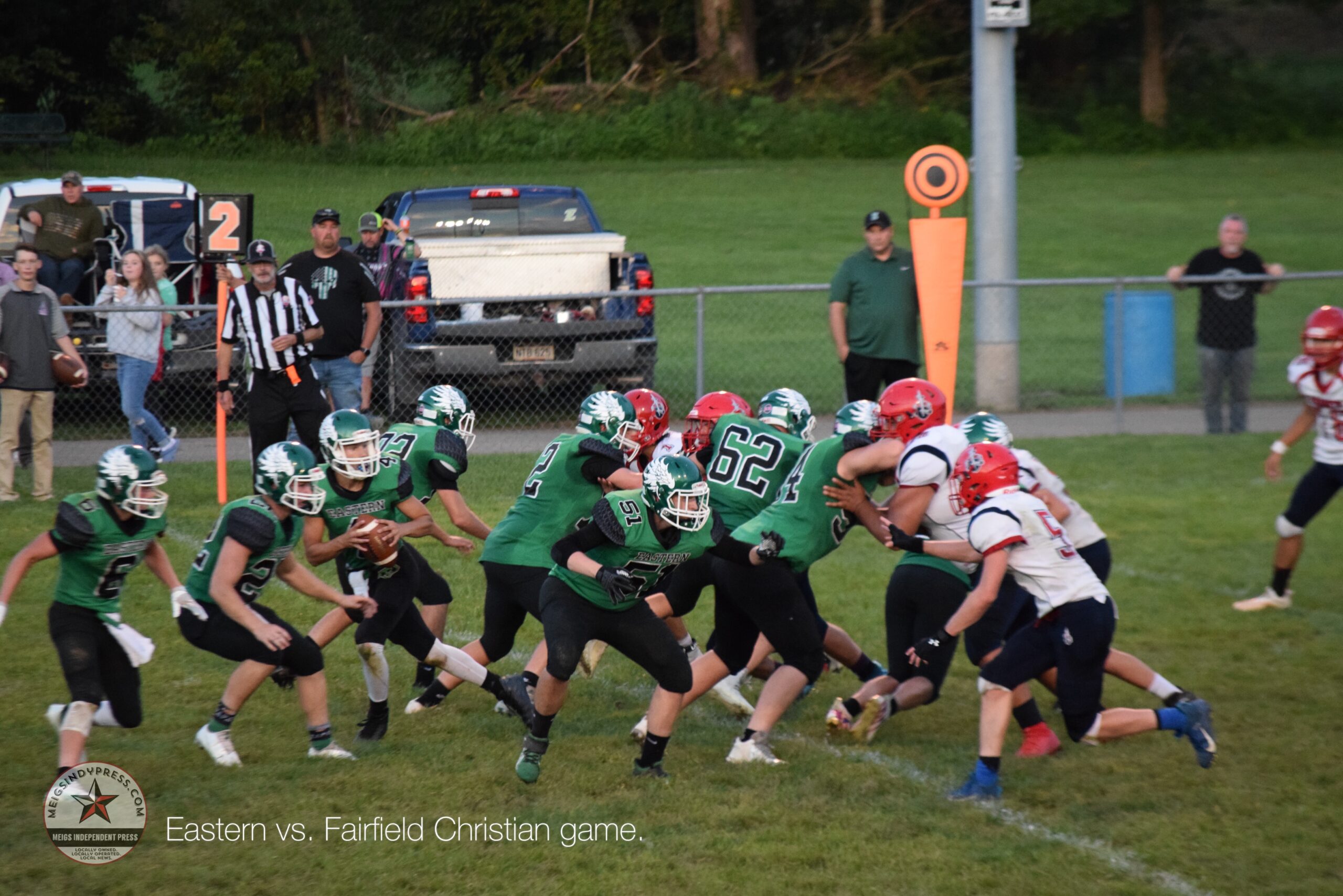 The first half of the game saw plenty of penalities on both sides and little scoring with the Knights managing a touchdown and extra point. As the teams headed to the locker rooms for half time, the Eagles remained scoreless.

The second half of the game was something different. The Knights pulled off a fake which resulted in a touch down. With the extra point, Fairfield Christian led Eastern 14-0.

During the third quarter, the Eagles began working their way toward scoring with Bryce Newland making a 17 yard carry and followed it up with an additional five yards in the next play. The Eagles continued their drive with Jayden Evans also carry the ball. They were on their way toward scoring, with what would have been a touch down if it were not for a flag on the play. The flag was on the Eagles for illegal blocking. The ball was brought back to just past the 30 yard line. The Eagles continued working toward scoring with a 10 yard gain by Newland. Fairfield took a time out, but the Eagles were looking to keep the momentum going. Evans carried the ball in for a touch down. The snap on the kick was no good and the Eagles were denied the extra point. The score was then 14-6 Fairfield Christian leading Eastern.

Fairfield was not waiting long to answer Eastern. The Knight’s Gabe Welsh ran for a 54 yard touch down. The extra point was good and the score was 21-6 with a minute and a half left in the third quarter.

Eastern returned the favor with another touchdown and two-point conversion making the score 21-14 in the fourth quarter. The score would remain the same to end of the game, despite efforts from both teams to make touchdowns. The Eagles stopped the Knights drive, but they could not connect some important passes. Penalties including a false start by the Eagles did not help their cause either.

Next week the Eastern Eagles are scheduled to play at Hannon.

Below are scenes from the game by Carrie Rose.