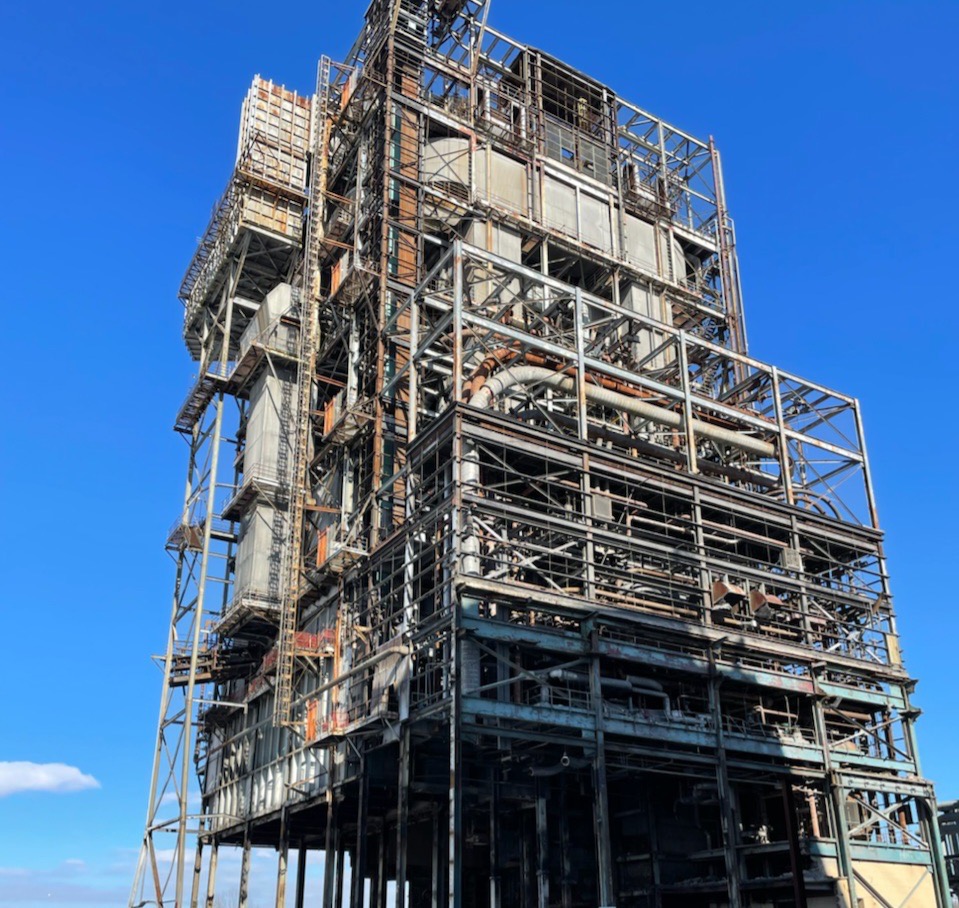 NEW HAVEN, West Virginia – The Frontier Group of Companies (FGC) announced that it had safely demolished Boiler #5 at the retired Philip Sporn Power Plant in Mason County, WV, marking a significant milestone toward its goal of repurposing the former coal burning power plant for further redevelopment.  FGC expects the balance of the plant will be demolished by the end of this year.

Frontier Group of Companies purchased the site in 2019.

“Since we acquired the former power plant, we have invested significant resources into repositioning this 280-acre brownfield site including preparing a plan to transform this brownfield into a modern industrial park,” said David Franjoine, CEO for the Frontier Group of Companies.

Franjoine added that in addition to being ideally situated near the recently announced Nucor plant, this site has the necessary utilities and infrastructure to attract companies specializing in value-added steel, energy, material handling, and transportation logistics.

Nucor Corporation recently announced plans to build a state-of-the-art sheet mill in Mason County. The new facility is expected to cost approximately $2.7 billion andhave the capacity to produce three million tons of steel annually. When fully operational, as expected in 2024, the new mill is projected to employ approximately 800 full-time workers.

“The New Haven Industrial Park (name of the former Sporn Power Plant site) is a tremendous asset to Mason County and the state,” said John Musgrave, Executive Director of the Mason County Development Authority. “We have a great relationship with the Frontier Group and look forward to working with them to bring companies to their site and the other major industrial sites in Mason County.”

Pat Ford, Director of Business Development for the Frontier Group of Companies, said there were multiple factors that made this site attractive to Frontier.

“The most important factor was the potential to attract multiple industries in steel, energy, and transportation logistics to our site once it is repurposed,” Ford said. “We are confident the site’s unique attributes, including its location on the Ohio River and existing infrastructure, will attract investment from multiple types of industries.”

Mason County Commissioner Rick Handley reflected on how the power plant was an economic boom for Mason County when it was operating. When the plant shut down, Mason County lost 350 family-sustaining jobs and $429,000 in annual tax revenue.

“However, as the Frontier Group advances its demolition and site preparation work, after the recent announcement of Nucor building their new sheet mill in Mason County, we are excited about the tremendous opportunities for spinoff development and the economic benefits that will come with new development on Frontier’s site,” said Handley.