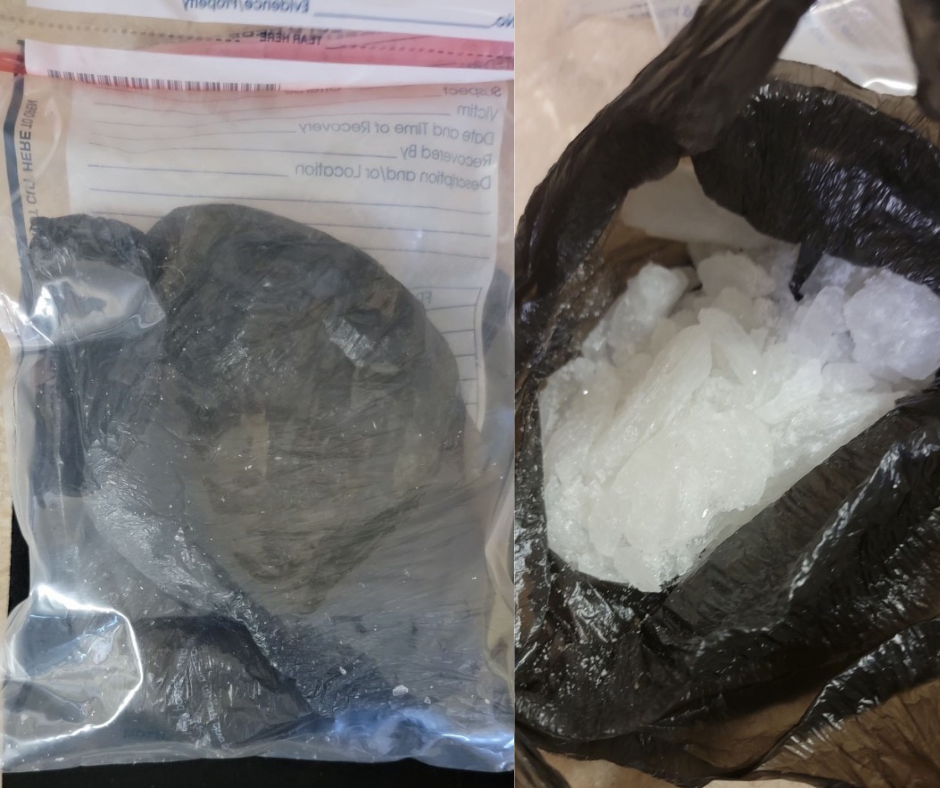 POMEROY, Ohio – Law enforcement has made what they are calling ”the largest seizures of crystal methamphetamine” in county history.

According to Meigs County Sheriff Keith Wood, agents with the Major Crimes Task Force began working an operation on February 22, 2022 that finally ended in the late night-time hours of February 24, 2022. Sheriff Wood stated this operation has led to one of the largest seizures of crystal methamphetamine in Meigs County history.

“Agents with the task force began receiving information regarding the prospective delivery of a large quantity of crystal methamphetamine from Dayton, Ohio to the Tuppers Plains area of Meigs County, Ohio. Agents worked on this case for multiple days when they finally received a break. The suspect vehicle was observed at approximately 8 p.m. in the area of State Route 7 in Tuppers Plains. The suspect who was identified as Caleb Wilson, 33, of Huber Heights, Ohio made a delivery of approximately one (1) pound of crystal methamphetamineto a residence in Tuppers Plains, Ohio,” read the statement.

Task Force Agents simultaneously recovered the alleged drugs and took Caleb Wilson into custody on charges of Possession of Methamphetamine and Trafficking in Methamphetamine, both felonies of the first degree. Due to the amount of alleged drugs that Caleb Wilson allegedly trafficked, his charges classify him as a major drug offender in the State of Ohio. He is currently being housed at the Middleport Jail awaiting his arraignment in Meigs County Court. The Meigs County Sheriff’s Office assisted in the arrest of Caleb Wilson in this case. All suspects are considered innocent until proven guilty in a court of law.

Meigs County Prosecutor James K. Stanley said, “The Task Force has taken another dealer and a large amount of drugs off Meigs County streets, and our community is better and safer because of their tireless efforts in cases like this.”

“Agents worked long hours for several days leading up to this bust. Hopefully the next person who is thinking about bringing drugs into our county will think twice after seeing a case like this. I would like to congratulate all involved for a job well done,” said Sheriff Wood.