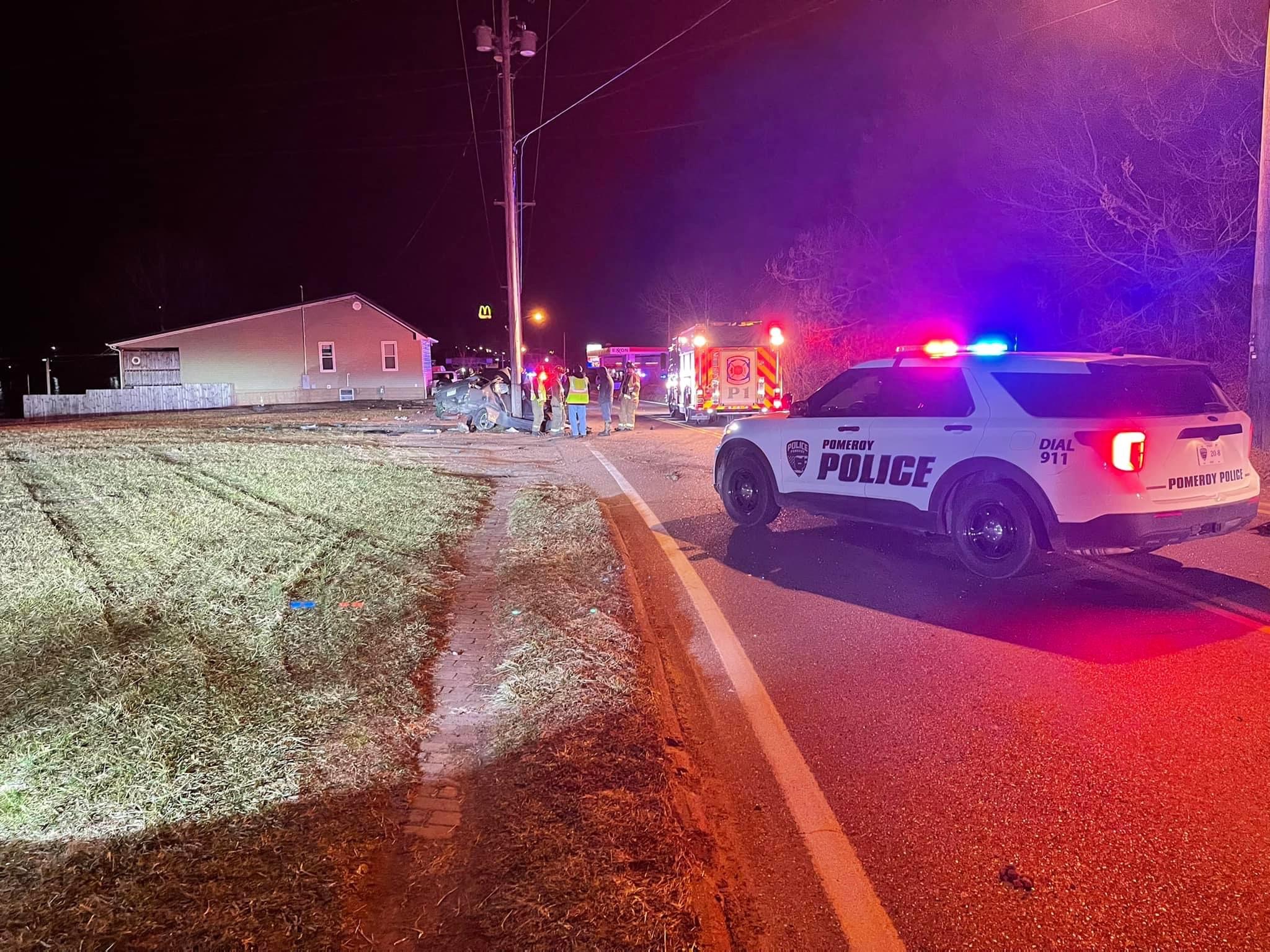 Suspect in Custody Following Pursuit that Began in West Virginia, Ended in Pomeroy

POMEROY, Ohio – One person is in custody following a high speed pursuit which crossed over from West Virginia into Ohio.

The pursuit would go into the state of Ohio where the suspect’s vehicle would crash. Personnel from Ohio then joined in the response to the situation. The suspect reportedly fled the scene of the crash and went over the river bank before being apprehended by Sgt. Doss and Patrolman Gibbs.

Pomeroy Fire Department responded. When the fire department personnel arrived, the operator had been detained by police and brought back to the area of West Main Street for medical treatment. Crews shutdown the roadway due to the collision and possible utility pole damage, along with scattered debris in the street. Pumper 1’s crew removed debris and contacted AEP to inspect the damaged pole. Personnel remained on-scene until the utility company inspected the pole and a wrecker removed the vehicle. Firefighters were released after the roadway was cleared.

Pomeroy Police and Meigs County Sheriff’s Office took the suspect into custody and was later treated for injuries. Cody Kinzel, 25, of New Haven will be facing pending charges from the Mason Police Department of Felony Fleeing, Wreckless Operation, and other charges at the Mason County Magistrate Office. All suspects are considered innocent until and if proven guilty in a court of law.

“Seeing all the agencies in the bend area coming together and containing the situation is astonishing. Teamwork and communication in the bend area are what help stop this from becoming a bigger situation. Every officer involved did a fantastic job,” said Chief C. McKinney.

This was the second high speed pursuit in Meigs County this week. Another chase with a different suspect occurred in the Racine area.