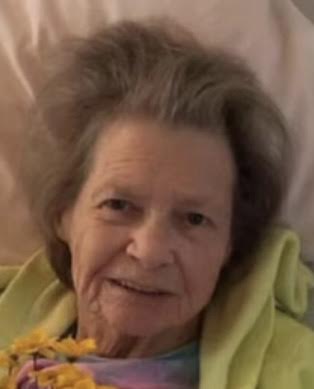 Born February, 23, 1932, she was the daughter of the late Andrew Critten (Critt) and Lois Apgar Bradford.  Ruth was the valedictorian of the 1950 class of Racine High School.  She was employed in Middleport at Heiners Bakery, Imperial Electric and CAA as well as COAD in Athens.  Ruth was the first woman deputy in the Meigs County Sheriffs Department and attended and taught Sunday School at the Racine Methodist Church.

Besides her parents, she was preceded in death by one son, Ray Frank; one sister, Mary Carson; one brother, C.C. Bradford and her step-mother Beaulah Bradford.

Funeral services will be at 1 p.m., Tuesday, March 22, 2022 at the Ewing-Schwarzel Funeral Home in Pomeroy with James Holman officiating.  Burial will be in the Letart Falls Cemetery in Letart.  Visitation will be from 11 a.m. until the time of the service on Tuesday.