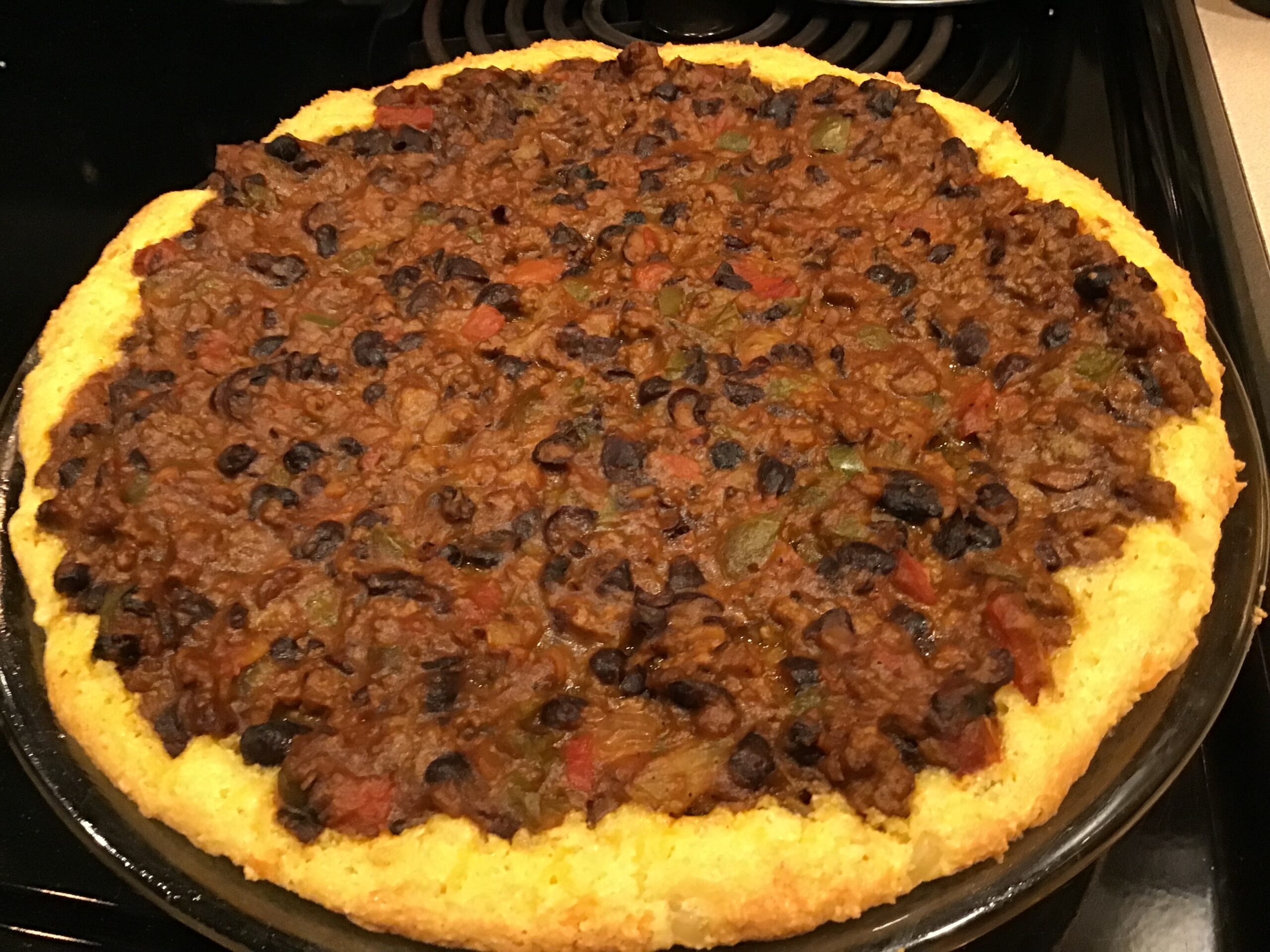 This past week was Cinco de Mayo, May 5. The day commemorated the anniversary of Mexico’s victory over the French Empire at the Battle of Puebla in 1862. Keeping with this theme the members of the Cooking Club at my church had a Mexican themed food luncheon. We had a variety of delicious food. The corn salad and sopapilla cheesecake bars were a treat. My presentation was Black Bean Tamale Pie.

Like many churches everywhere the cooks of the church are very talented. As my children said when they were small, “they are good cookers”.

Our recipe today is called Black Bean Tamale Pie. The black bean is the star of this creation.

The black bean goes back around seven thousand years. Originating in central America. The bean has spread throughout the world. It is hearty and stores well. Black beans are small (about the size of a pea), oval and jet black. The outer shell is firm to the touch with a cream colored flesh. The taste is earthy, mild, and sweet. The texture soft.

I must admit I have never liked black beans until this recipe. Changed my mind.

Garnish: such as sour cream, salsa, green onion, chilies, or whatever you prefer.

Combine the corn muffin mix, egg, and milk in a bowl.
Stir in the corn.
Press mixture on bottom and sides of greased pie pan.
Place bean mixture in the crust.
Bake for 20-30 minutes or until set.
Remove from oven and sprinkle 1/2 cup shredded cheese on top of pie.
Return to oven for 5 minutes to melt cheese.
Remove from oven and let pie sit for 5 minutes before serving.
Serve with garnishes as you like.
Enjoy.

Hints:
I used ground beef, a little more than 8 ounces.
Used canned white shoe peg corn, drained.
Used 2% milk.
These worked just fine. Remember, use what you have. Substitutions can be made.
Used a mild salsa, my preference.
If you like a little spicier filling use a little fine chopped green chilies or jalapenos. Use fresh or canned as you prefer and to taste.
The crust is a little sticky when spreading. Do use your hands. I put a little grease on my hands to make spreading the crust easier.
I used solid Crisco shortening to grease the pan. Worked great. Cooking spray would probably work as well. The crust was crispy and a pretty golden brown.
Serve hot. It tastes great.
I forgot to take a picture of the pie after the cheese was melted on top.
I had a little left over the next day and reheated in the microwave. It lost something in the reheating.

I hope you all have a lovely Mother’s Day. Some have mothers that are no longer with you. May you have warm memories this day.
Have a blessed Sunday, everyone.