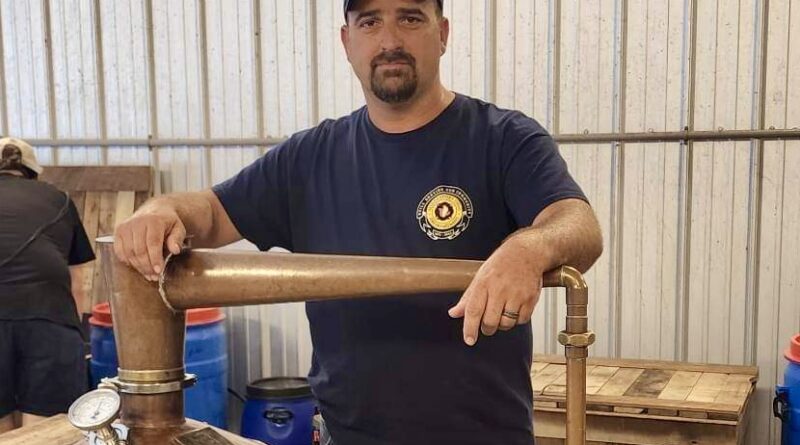 Moonshine Master Distillers is a show on the Discovery channel where Americia’s top legal and outlaw distillers go head-to-head in the ultimate booze-making competition, to see who has what it takes to join the ranks of the greats and win the title of master distiller.

Bentz is a restaurant equipment mechanic and a Lieutenant on the Middleport Fire Department. He has been a firefighter for about 13 years serving his time on three different departments. He decided to become a firefighter in high school after hearing the news about 9-11, and he wanted to help. “I decided that a volunteer fire station was a great start,” said Bentz.

He continued, “Because of my love for the fire service and my love for a good small craft distillery I applied to the show.” After interviews and calls, Bentz was told the news he got the spot on the show.

Bentz’s episode was the Firehouse Flameout, where three firefighters competed to see who’s moonshine would make them a Master Distiller. Bentz’s base liquor was blueberry brandy, which the judges said was the best they had ever had, and his final product was blueberry cobbler. Bentz ended up with second place. Show judges Tim, Mark, and Digger said it was a very hard decision.

Since returning from the show Bentz has been concentrating on going legal. At some point he would like to open a distillery that is aimed towards first responders, with a dollar from each bottle sold being donated to the Fallen Firefighters Foundation.