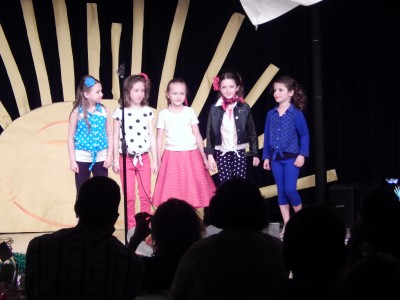 RACINE – Each year Southern High School’s Reconnecting Youth class puts together a dinner show for the community to help raise funds for scholarships. This year the show had a full house and was kicked off with an introduction from the Reconnecting Youth director, Amy Roush.

The winners for a “Kindness Matters” essay the elementary school participated in were also announced before the show by Roush, the winners were first place, Spencer Harrison, second place went to Sydney Cleland, coming in third was Sailor Warden, and honorable mention went to Holly Stover.

After the awards Jordan Pickens, who was the first RY scholarship recipient gave a brief speech and introduction to the show. Since receiving his scholarship Pickens has been involved in many projects and organizations in the community including, the planning committee for Racine’s Party in the Park, Board of Trustees for the Meigs County Pioneer Historical Society and Meigs County Museum, board member for the Meigs County History Education Organization, the voice for Southern Tornadoes football and boys basketball teams, student teaching at Meigs High School, co-author of Images of America: Meigs County, a member of Phi Alpha Theta a history honors fraternity, and will graduate Cum Laude from the University of Rio Grande with a degree in Adolescent to Young Adult Social Studies Education. Pickens has made Southern High School, his community, and the RY program proud and RY encourages their other students to go on to be as much a part of their communities as Pickens has, and the scholarships help them do just that.

Marlo Norris and Jorja Lisle started off the variety show with a gymnastics routine and were followed by Jaden and Natalie who preformed a jazz dance together. Marlee and Madison Maynard showed off their dance routine to the song “The Cave”, that won them gold at state competitions this year. Ava Roush, Lauren Smith, Lila Cooper, Kassidy Chaney, and Gracie Hill all joined together in retro outfits for a song and dance number. They were followed up by Jacob Hoback who played “The Holy City” and “A Thousand Years” on his trumpet. Chad Dodson and Darren Jackson took the stage next with the jazz song “Misty” with Marlee and Madison Maynard taking the stage again after them to perform a tap dancing routine. Up next was Sydney Adams and Valerie Ritchart who sang the song “Bubbly” together. Derek and Damon Ledford took the stage next with an instrumental version of the song “When I Was Your Man”. Maddie Quillen also joined in the show signing “Fix You” and was followed up by Damon Ledford who played his guitar and sang “Royals”. Jamie O’Brien also added to the music for the night and sang “To Make You Feel My Love”. Chad Dodson wrapped up the evening with singing and playing his guitar to “I Will Wait”. Everyone involved in the talent show did a wonderful job and helped to add to the excitement of the night. 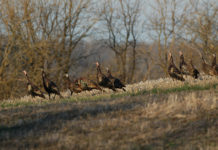