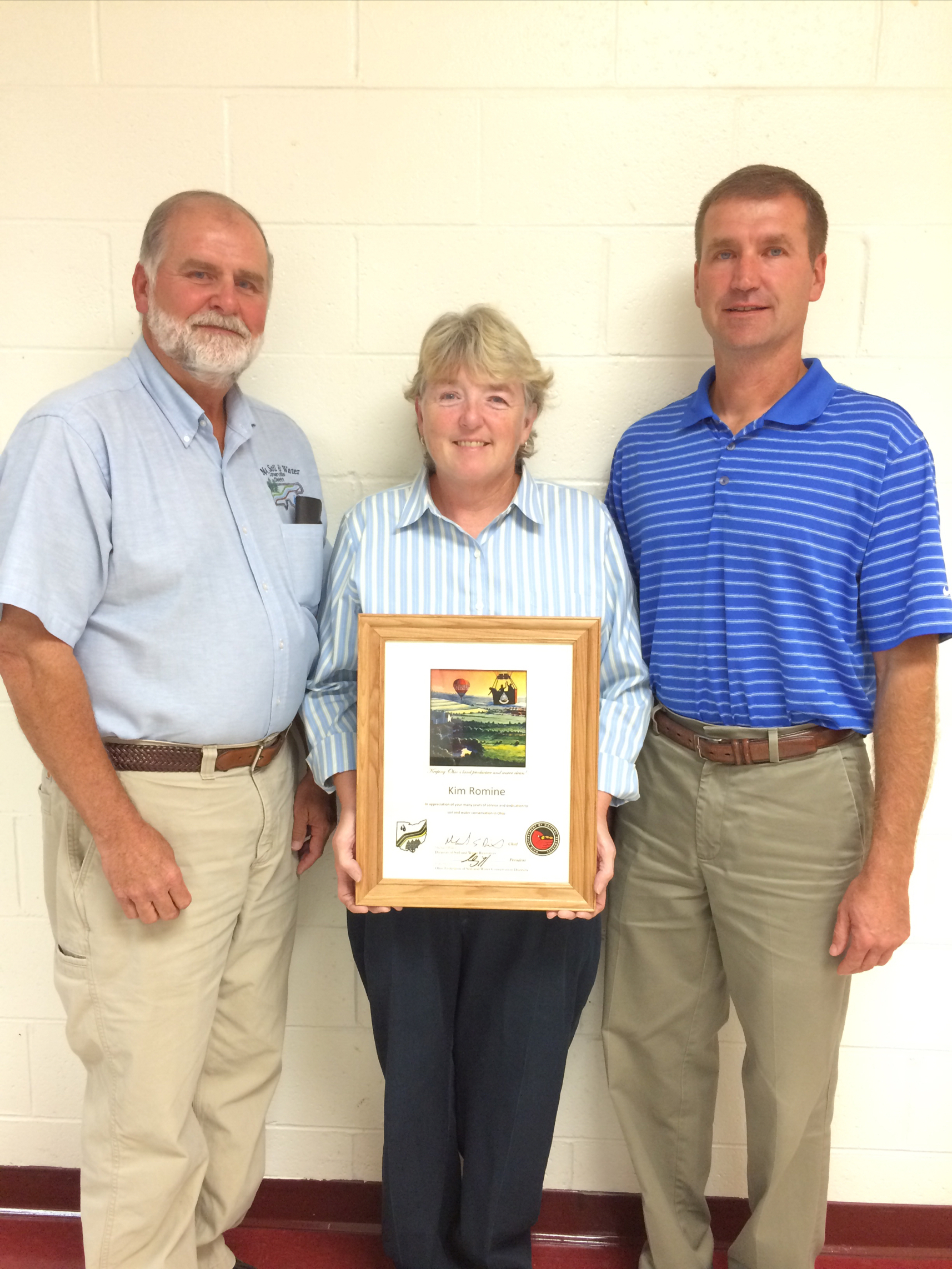 POMEROY – The 72nd annual meeting and election of the Meigs Soil and Water Conservation District was held recently at Meigs High School with over 90 people in attendance.

Joe Bolin, Rutland, and James “Tony” Carnahan, Syracuse, were elected to seats on the Meigs SWCD Board of Supervisors.

Bolin has served on the board since January, 1992. He and his wife Janet reside on a 120-acre farm in Rutland Township. Carnahan was elected as a new member to the board of supervisors, replacing two-term member Kim Romine, Pomeroy, who is leaving the board at the end of the year.

Carnahan is the son of Nancy Carnahan and the late Jim Carnahan and is a lifelong resident of Meigs County. He spent his childhood on a dairy farm and during his youth was active in FFA and 4H. He worked in dairy until 1994 and is now involved in custom hay baling and corn farming. He is employed as a mechanic for Meigs Local Schools and is an active member of the Big Bend Farm Antique Club, Athens-Meigs Farm Bureau, and River City Players.

The other candidate for the board was Howard “Buddy” Ervin Jr. of Racine, a lifelong farmer in the Oak Grove area and a long-time member of the Meigs Agricultural Society.

Romine received a plaque from the Ohio Department Natural Resources-Division of Soil and Water Resources in appreciation of her six years of service on the Meigs SWCD Board of Supervisors.

Meigs County Commissioners Tim Ihle and Randy Smith presented a brief “State of the County” address, highlighting projects that have taken place this year or that are scheduled to begin soon.

They specifically mentioned paving projects on county roads, noting that 19 percent of all county roads were repaved this year, in addition to two bridge projects, on Lickskillet Road and Bowman’s Run Road.

Ihle commented that when you look at Meigs County from a distance, all you can see is a big cloud of dust from all of the things going on.

Commissioners also remarked that trusses are going up on the new Emergency Medical Services and Medflight building, near Meigs High School, that will replace the current building located behind the old Veterans Memorial Hospital in Pomeroy. In addition a new road will also be going in behind the emergency room connecting the emergency room to Pomeroy Pike near Meigs High School.

Plans are in the works for a new dog shelter to be constructed near the intersection of state Route 7 and Hiland Road near Pomeroy.

The current shelter, near the Rockspings Fairgrounds, is in dire need of replacement.

“One thing about the old shelter, if you drive past it, you know we can do better,” Smith said.

Smith also described the success of the Ohio Medical Mission which was held this summer at Meigs High School.

Rob Hamilton, program specialist with ODNR-Division of Soil and Water Resources, spoke briefly on that division’s upcoming transfer to the Ohio Department of Agriculture. It represents a significant change to Ohio’s 88 SWCDs that currently work in cooperation with ODNR, but it is unknown what effect it will have on day-to-day operations.

“This year the contest was completely changed,” Ridenour explained. “The Ohio Vocational Agricultural directors decided it was time to update the contest. The test now includes questions about soil structure, infiltration rates, living organisms, water quality, and soil fertility. Our contest was one of the first to use the revised soil scorecards.”

High scoring individuals in the Agricultural Land Judging contest were, in order from first to third: Dominique Wehrung, Cameron Grueser, and Kaylle Katena. The top scoring team was from Southern and included Wehrung, Grueser, Katena, and Mikayla Hoschar.

High scoring individuals in the Urban Land Judging contest were, in order: Domineke Lyons and Brook Cunningham. The top scoring team was from Southern and included Lyons and Cunningham.

Jim Freeman, Meigs SWCD wildlife specialist/watershed coordinator, gave a report on the Thomas Fork lime doser, which is used to treat acid mine drainage. A second lime doser is under construction near the junction of state routes 7 and 143, but is not yet operational. Freeman said that fish populations in Thomas Fork have increased dramatically since January, 2012, when the Thomas Fork Doser was first put into service.

The Meigs SWCD, established in 1943 is a legal subdivision of state government that provides natural resource management assistance to county landowners and other units of local government. The district is funded by the Meigs County Board of Commissioners, and county funds are supplemented by funding from the Ohio Department of Natural Resources. The district is governed by a five-member board of supervisors, all county residents. Board members serve staggered three-year terms. Current supervisors also include: Bill Baer, Racine; Joe Bolin, Rutland; Tonja Hunter, Racine; Kim Romine, Pomeroy, and Keith Bentz, Racine.