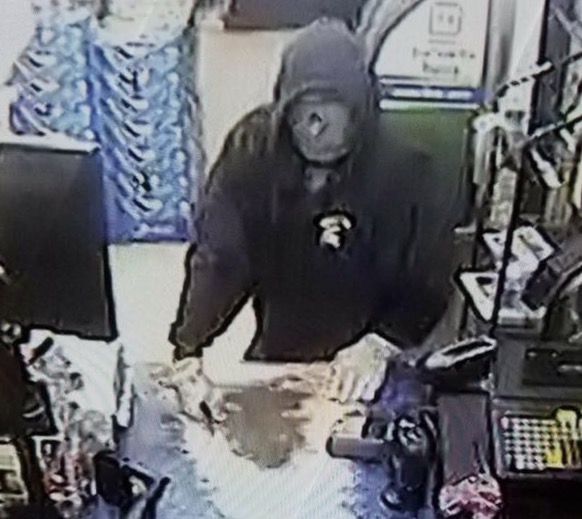 UPDATE – The Meigs County Sheriff’s Office has released further information about the robbery Jan. 27, 2017 at the TNT Pit Stop Gas Station in Syracuse.

According to a statement from the Sheriff’s Office, the employee at the gas station was not injured.

Another image of the suspect has been released.

SYRACUSE – The Meigs County Sheriff’s Office is investigating a robbery that happened Friday night in Syracuse.

Just after 9 p.m. the TNT Gas Station was robbed according to Meigs County Sheriff Keith Wood.

A white male suspect was reported to have entered the store with a weapon, threatening and demanding money from the attendant. The suspect was wearing a dark hoody, and a cover over their face.

Evidence was collected by officers and the sheriff. The investigation is ongoing.

The Sheriff requests anyone that may have seen something related to the robbery last night to please contact his office at 740-992-3371.

Shooting suspect from Logan taken into custody in Meigs