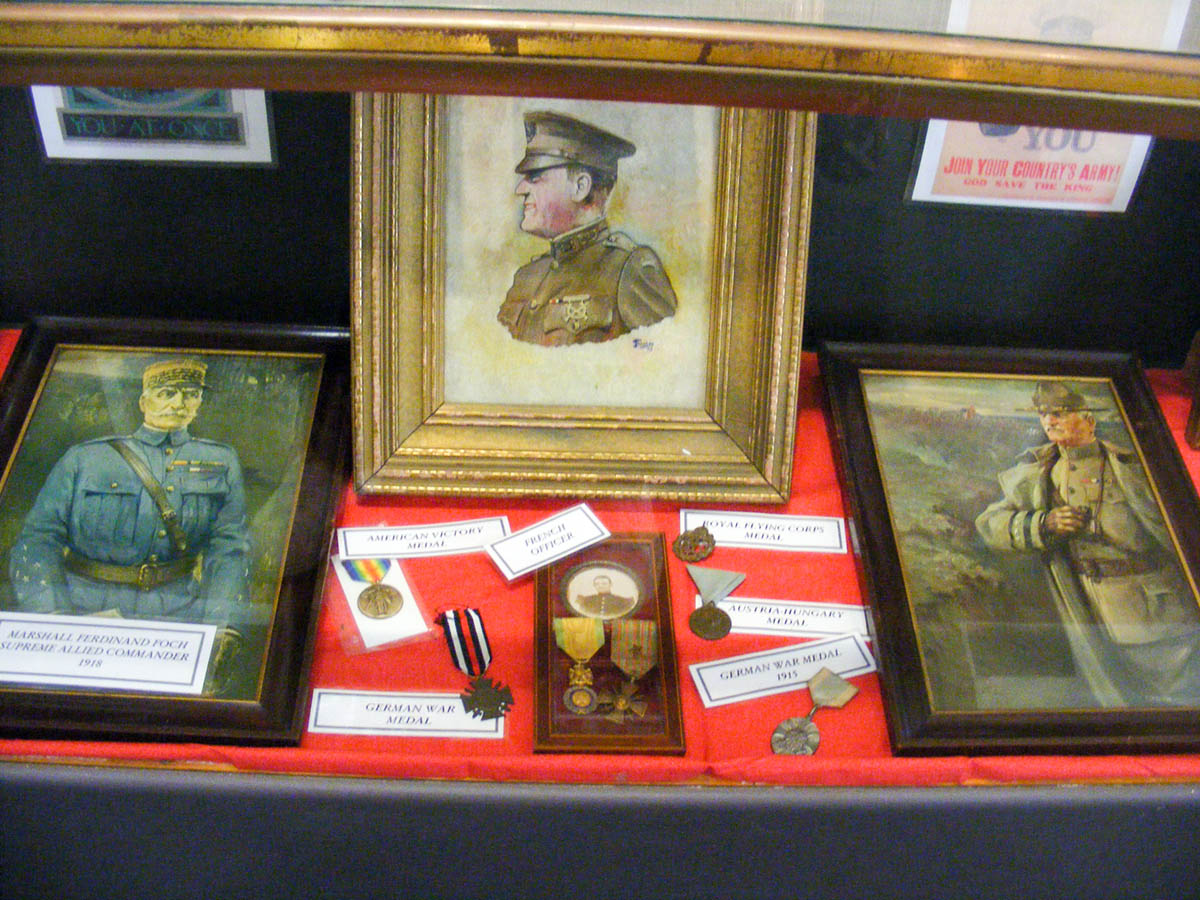 RIO GRANDE, Ohio – The University of Rio Grande and Rio Grande Community College are dedicated to keeping the history and heritage of Southeastern Ohio alive to share with future generations in the community. As part of this effort, Professor of History Dr. Sam Wilson has created a World War I exhibit at the Bob Evans Farms Homestead Museum. He said the exhibit is a collection of artifacts and memorabilia meant to commemorate the anniversary of America’s entry into the Great War.

“Bob Evans looks for new exhibits to include in their museum, so I offered to do this one on the First World War,” Wilson said. “This exhibit is in honor of the centennial of America’s entry into the war in April 1917. The war was a monumental event and we need to recognize its significance.”

The exhibit, “Faces of the Great War,” includes artifacts such as letters written by soldiers including Rio natives, trench art pieces, photographs and medals from both the Allied Powers and Central Powers. The exhibit also includes an ongoing recording of an interview with the late Captain William C. Lambert, an Ironton native and World War I Ace pilot, and a statement by then Rio Grande College honoring students and faculty who left the institution to serve in the war. Wilson said it is important to have exhibits about the war because of its impact on the rest of the 20th Century.

“World War I was a major event in human history, but doesn’t often receive the attention it deserves. It ended numerous empires, advanced military technology and sent many other events and conflicts of the 20th century into motion. Even World War II is an effect of this event, but gets more attention because of how large it was in comparison to the first,” Wilson said. “We need to share this record of our past and of that period in time. It is important because this is what the university does for our community. It’s our responsibility to bring educational events like this exhibit to our community and network with organizations, such as Bob Evans, to work together on these efforts as part of our outreach commitment as a learner-centered institution.”

Admission to the exhibit is free. “Faces of the Great War” will be on display at the Bob Evans Farms Homestead Museum’s second floor during operating hours, 10 a.m. to 4 p.m., through October 31, 2017. For more information on the exhibit, contact the Homestead Museum at 740-245-5305.