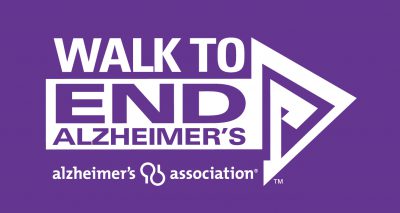 “The Walk to End Alzheimer’s is such a special event,” said Carolyn Canini, Program Director of the Alzheimer’s Association, West Virginia Chapter. “It is the one time of year the families we serve have a chance to come together and stand beside one another in the fight against a disease that affects so many in West Virginia.”

In addition to the 2.5 mile walk, participants will enjoy music provided by the Jambulance from Power 105, free chair massages and free refreshments. Paul Holden of Power 105 will emcee the event including a special tribute to those who have experienced or are experiencing Alzheimer’s.

Parking is available at Athens High School, where participants can either catch a shuttle provided by the Lindley Inn or take the bike path extension to Eclipse Company Store.

More than 5 million Americans are living with Alzheimer’s disease, the sixth-leading cause of death in the U.S. and the only disease among the top 10 causes that cannot be cured, prevented or even slowed. Additionally, more than 15 million family and friends provide care to people with Alzheimer’s and other dementias in the U.S. In Ohio alone, there are more than 210,000 people living with the disease and 597,000 caregivers. The best thing today is that dementia patients can now get care within their pre-existing home rather than going through the confusion of money to a care home. This makes treating patients that much easier and with dementia care australia, America and in many places across the globe, it is even more accessible for relatives to utilize.

Sign up as a team captain, join a team or register to walk as an individual at alz.org/walk.

The Alzheimer’s Association is the leading voluntary health organization in Alzheimer’s care, support and research. It’s mission is to eliminate Alzheimer’s disease through the advancement of research; to provide and enhance care and support for all affected; and to reduce the risk of dementia through the promotion of brain health. Their vision is a world without Alzheimer’s. Visit alz.org or call 800.272.3900.