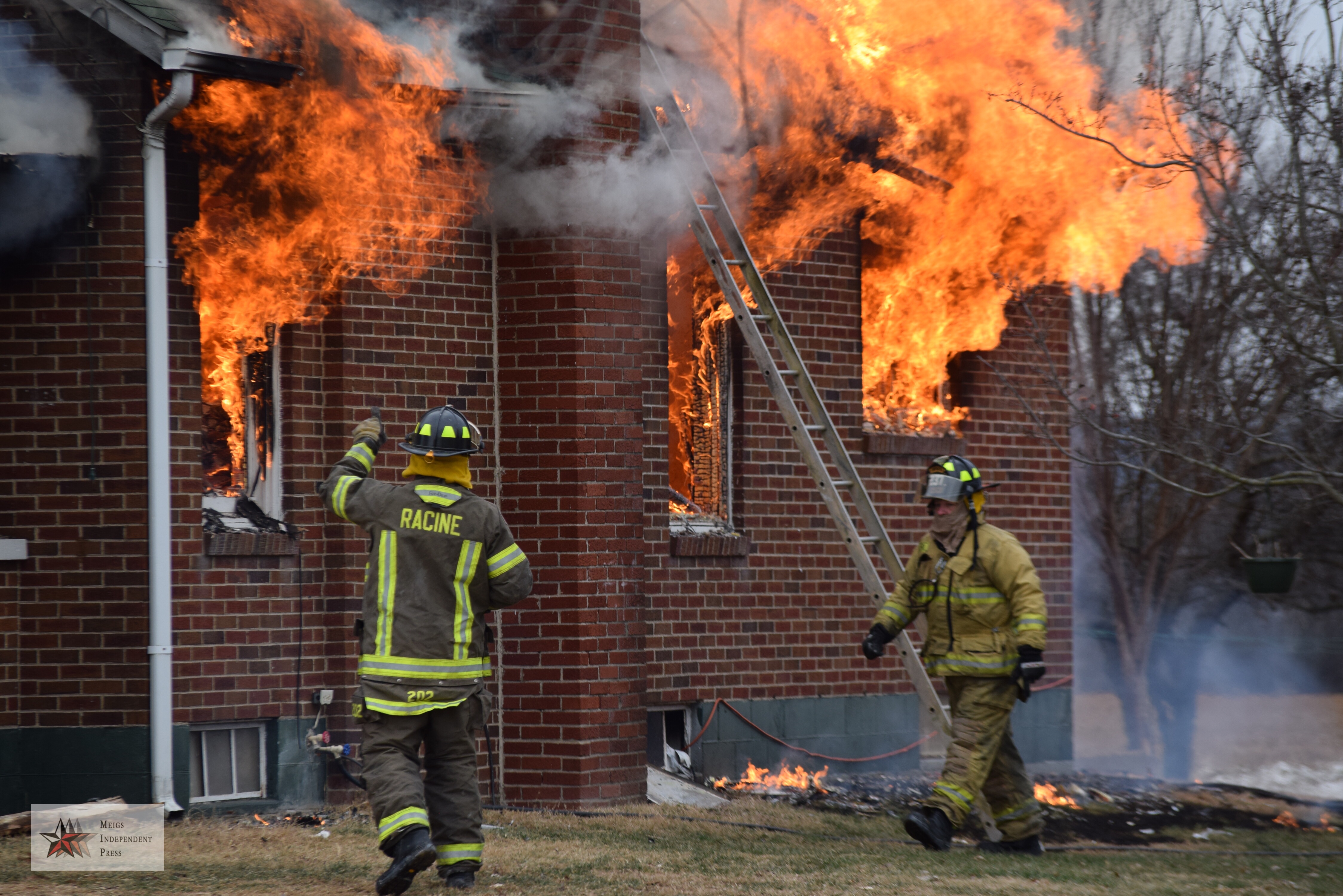 MEIGS COUNTY, Ohio – Only ruins remain of a house following a fire that required a total of 120 man hours and 16,000 gallons of water.

The house at 54023 Great Bend Road had flames coming from the roof when firefighters arrived. The Racine Fire Department along with assistance from Bashan Fire Department were initially on scene Dec. 29, 2017 for three hours. In the initial run, 14 Racine firefighters and 2 Bashan firefighters responded. Bashan was hauling water from Ravenswood, West Virginia. The house was a total loss.

Firefighters encountered issues from the start as firewood was stacked thick on the front and back porches along with being stacked inside the home. According to Racine Assistant Chief John Holman, “The fire is not suspicious. It appeared to have started around the wood stove.”

Asst. Chief Holman said there were challenges to fighting the fire at the initial response with “the cold temperatures and wood piles” which hindered their efforts. Those problems would continue as in the next couple of days the fire department would respond to several rekindles. Issues with the way the brick structure collapsed along with the debris made it difficult to directly reach the fire as half the structure collapsed into the basement. Over the course of the rekindles, 52 personnel worked to extinguish the structure. In addition to the 16,000 gallons of water, 25 gallons of Class A foam was used to put the fire out. Racine Fire Department responded each time. Bashan was on hand twice with assistance.

Jose Villagomez said he lived at the home. In addition his wife and daughter lived in the home. Several people brought some things for Gomez family during the initial response and told Jose Villagomez about resources in the community to help following the fire. The property is reportedly owned by AEP.