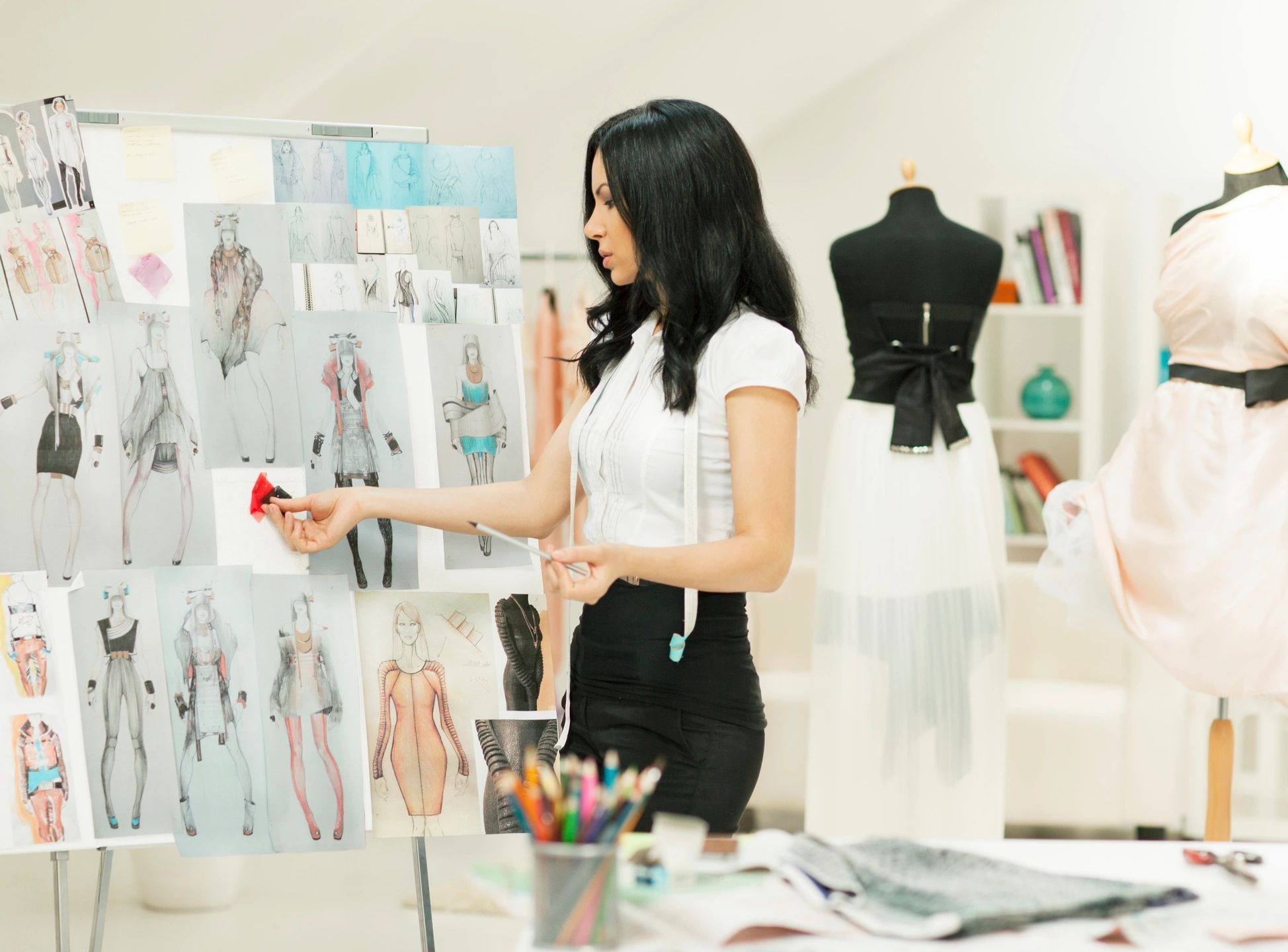 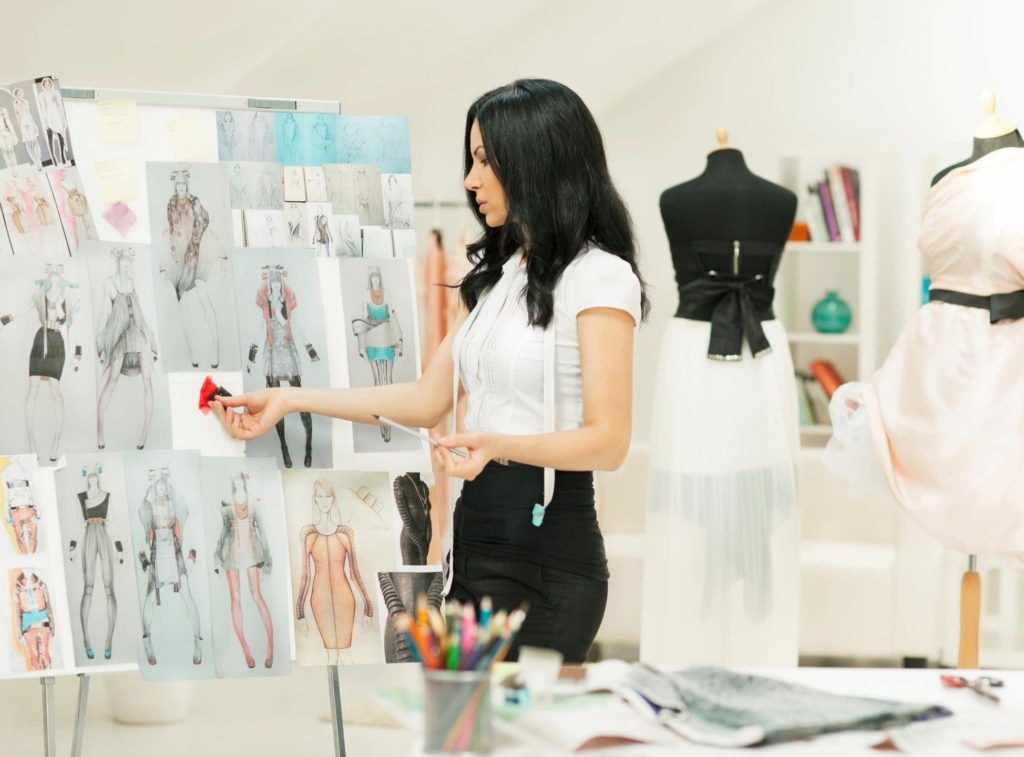 [Note: Hometown City Girl is a diary of sorts; a collection of my stories, experiences, and trials of growing up in a small town in Southeast Ohio along the river dreaming of living in the city and then moving there and realizing I don’t quite fit in either place. Parts of me are a little too “country” for Columbus, and parts of me are a little too “city” for the people I know down home. It’s an interesting balance but it makes every experience interesting trying to figure out what role I fit into.]

From the time I was in middle school I’ve been fascinated with the fashion world. Realistically, to say it’s a passion of mine would almost be an understatement. I think at some point you could probably attribute my interest in the industry with the first time I ever watched Project Runway. I was amazed at how these designers could be given a concept and they could make what they dreamt up into a reality.

Throughout middle school and high school I was doing whatever I could in my spare time to fuel my interest and knowledge of the ever-changing field. I was watching any and every fashion show on TV learning from designers and personal stylists about what different cuts and styles were called, and which ones looked best on what body types. Once my knowledge grew this evolved into me wanting to be even more in tune with current fashion so I started getting fashion magazines whenever I could. After I got ahold of them though they were almost unrecognizable because anything I drew inspiration from I pulled the page out carefully and hung up on any available wall or surface I could find in my room.

What really pulled me into the world of fashion though was a Christmas present I received from my mom my freshman year. It was a Project Runway sketchbook and pencil set that had an informational booklet on how to draw up your design sketches (which I still have held onto). I was quickly tearing through all the pages it had to offer with designs of my own and as I came up with more designs and studied more about the fashion industry I started to realize this was something I could truly see myself doing. There was also an instance that I had sketched up a dress and found one almost identical in a fashion magazine about six months later and thought I had it all figured out, that I was definitely cut out for this career.

As I began to build interest and knowledge in my passion, and as my senior year drew closer I became more confident to answer honestly about what I wanted to do with my life moving forward. However, no one really met my career goals with anywhere near as much excitement as I did. Everytime I mentioned it to anyone it was normally nicely put that it was a cute idea, but I should probably have a “realistic” second option because it “just wasn’t going to happen”. My determination wavered back and forth many times during my high school years with this back and forth dialog with those close to me. When it came time to apply to schools, one of them I applied to was the Arts Institutes fashion design program. I got accepted by them as well as other schools and had a decision on my hands. A lot of my decision not to go had to do with a few different personal issues, but it also had to do with the fact that I evaluated my sewing skills with brutal honesty and decided they weren’t up to par for where they should be for a program like that. That was always my biggest struggle with fashion design was the ideas were there, but translating them to reality was very difficult for me and I just couldn’t seem to get my construction skills where I wanted them. There’s really no place for someone in the fashion world with pretty ideas, but misshapen garments.

So I ended up going to school somewhere else and made education my major. I was extremely unhappy with myself and the program and felt I should have been reaching more toward what I wanted but was unsure how. My inner conflict with finding a practical use for the skills and passion I had proved to be difficult and long. Finally last year while job searching I found an opening at a bridal salon and ultimately found my home.

At last I had found a place that I could use all this knowledge I’d been amassing over the years on a daily basis. It’s proven an immense help because it makes it so much easier to know what styles a bride is looking for and what they look best in. This past weekend though I had a unique opportunity that my 16 year old self sitting at home sketching in her room would have thought was just a far-off never to happen dream. I met a designer for one of the bridal lines our store carries. As I was there working alongside a real life designer who brought his own pieces to the store to demonstrate to us I had a difficult time shaking off the feeling that this couldn’t possibly be real. Here was a man that had this passion to make beautiful gowns for women on one of the most important days of their lives and he was actually making it happen; and successfully so. Watching him and listening to his insights about designs will stick with me just as much as the things I learned watching Tim Gunn help other designers.

For now I’m happy doing what I do; living a slice of the fashion industry every day and helping real life people apply it into their lives, but who knows maybe someday I’ll pick up where I left off and join the design world. Dreams like these are hard to obtain, and typically not well received or supported but that doesn’t make them unrealistic or impractical. Someone out there has made a living doing just that, so with the right drive and passion anything is possible. As Tim Gunn says, “Make it work,” it’s something I say almost daily at work and a simple phrase I’ve strived to make my life motto. Sometimes my dreams carry me away from home, but home is always in my heart inspiring me.

Want more of the Hometown City Girl and her adventures? Follow her on instagram for the latest updates at hometowncitygirl