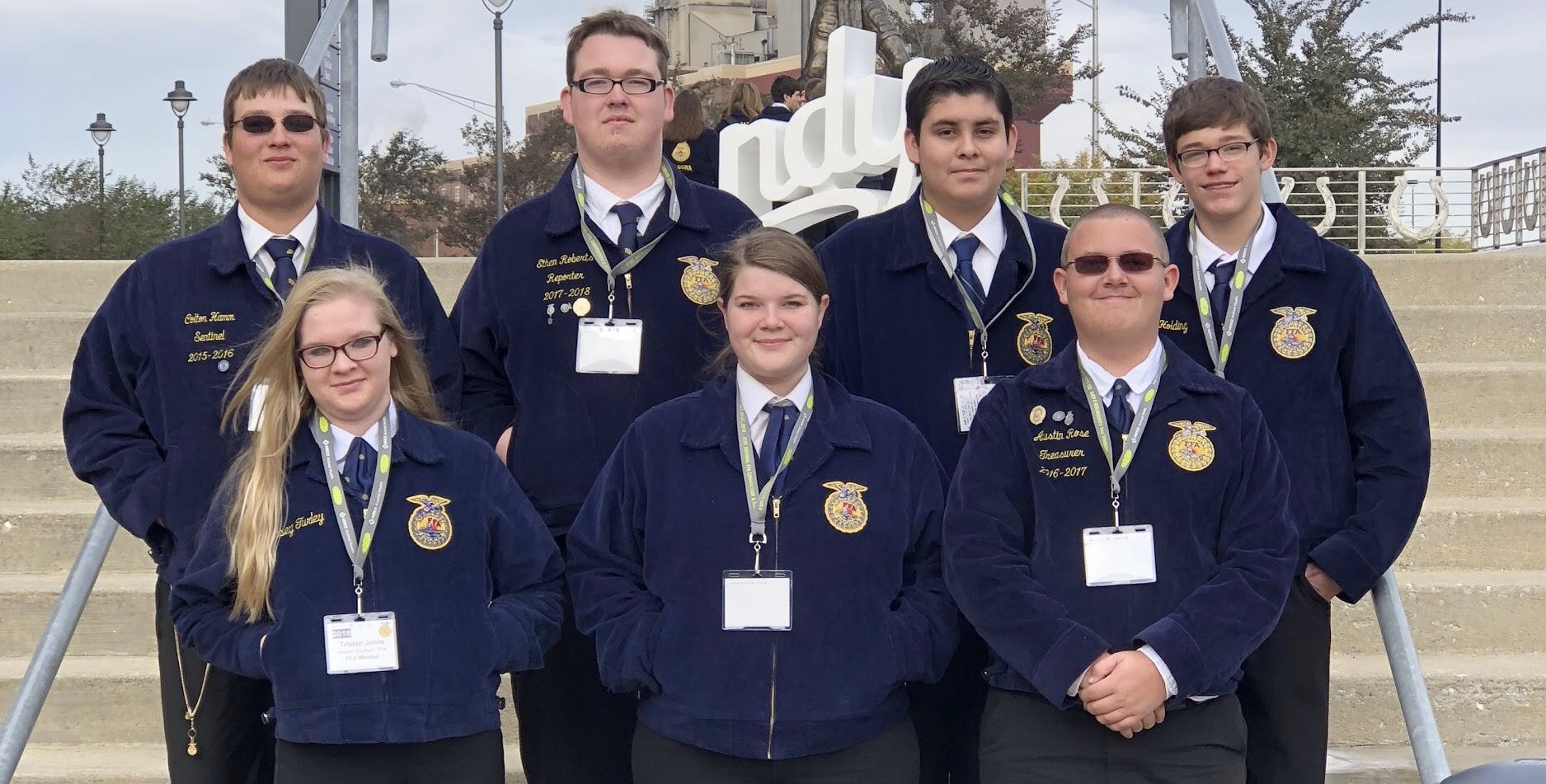 During the first session of the convention and expo they had a presentation of state flags and the guest speaker was Kyle Scheele. That evening Southern FFA members along with their teacher Jenna Meeks and chaperone, Brent Rose, had the honor to see Garth Brooks in concert which was a special concert just for FFA members.

While attending the third session awards were presented including the American Star Awards, sponsor recognition and the students heard the retiring address from Ian Bennet, Southern Region Vice President.

Also on the night of Oct. 25 the students went to a restaurant called, The Melting Pot, a fondue eatery. It was a good experience for the students to enjoy. They enjoyed melted cheeses, different types of meat, and melted chocolate.

On Oct. 26, members went shopping in the mall and attended another session of the convention in which proficiency awards were presented.

The Racine Southern FFA Chapter cheered on Southern graduate Mikayla Holter while she was received her American FFA Degree on Oct 27. This is the highest degree in the FFA program. The American FFA Degree is awarded at the National FFA Convention and Expo each year to less than one percent of FFA members, making it one of the organization’s highest honors. Requirements to earn the honor are lengthy. In addition to their degree certificate, each recipient receives a gold American FFA Degree key, to wear on their jacket. This year 4,255 American Degrees were awarded the American Degree at the 91st National FFA Convention and Expo.