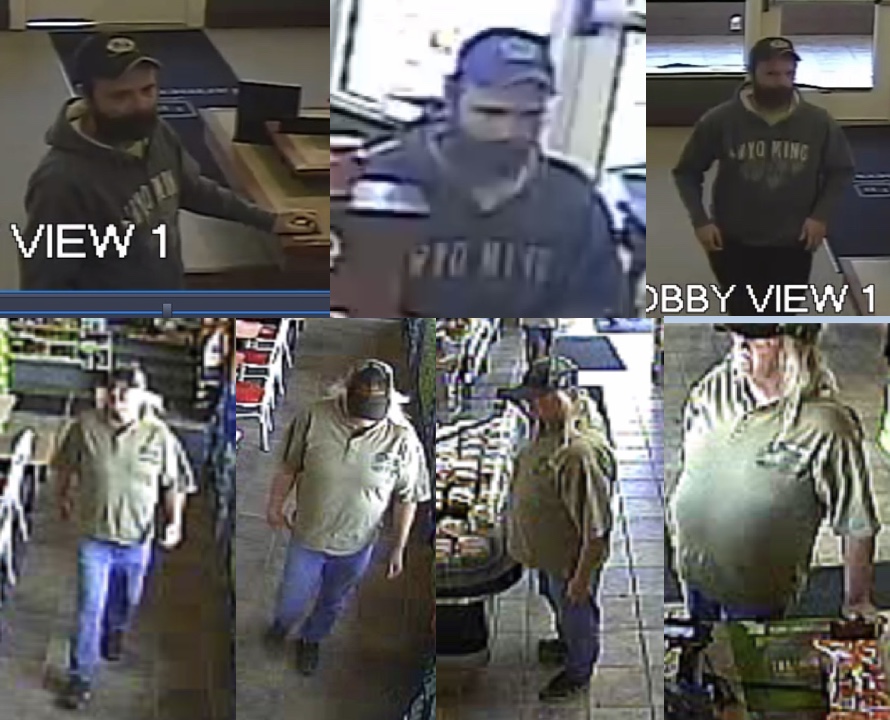 TUPPERS PLAINS, Ohio – An attempted robbery has been reported from the Meigs County Sheriff’s Office at a Farmers Bank location.

According to Sheriff Keith on June 15, 2019 his office responded to an attempted Robbery at the Farmers Bank in Tuppers Plains. Upon arrival, officers learned that a male subject entered the bank and demanded cash before fleeing the bank toward SR 681.  The responding deputies were given a description of the male as wearing a blue “Wyoming” full zip-up jacket with a yellow shirt underneath and a mossy oak hat.

The scene at Farmers Bank was processed and evidence has been collected.

Sheriff Wood added, a second individual is alleged to be involved and picked up the suspect in a gray smaller four door vehicle, upon the suspect fleeing the bank on foot. This subject had been at a local gas station and appears to be an older subject with longer blonde (grey) hair with a slight glimpse of a beard.  Witnesses stated this individual appears to have difficulty speaking clearly.

Sheriff Wood encourages the public to contact the Meigs County Sheriff’s Office if you recognize the individuals or have any information that will assist in the case.  This case remain under investigation.