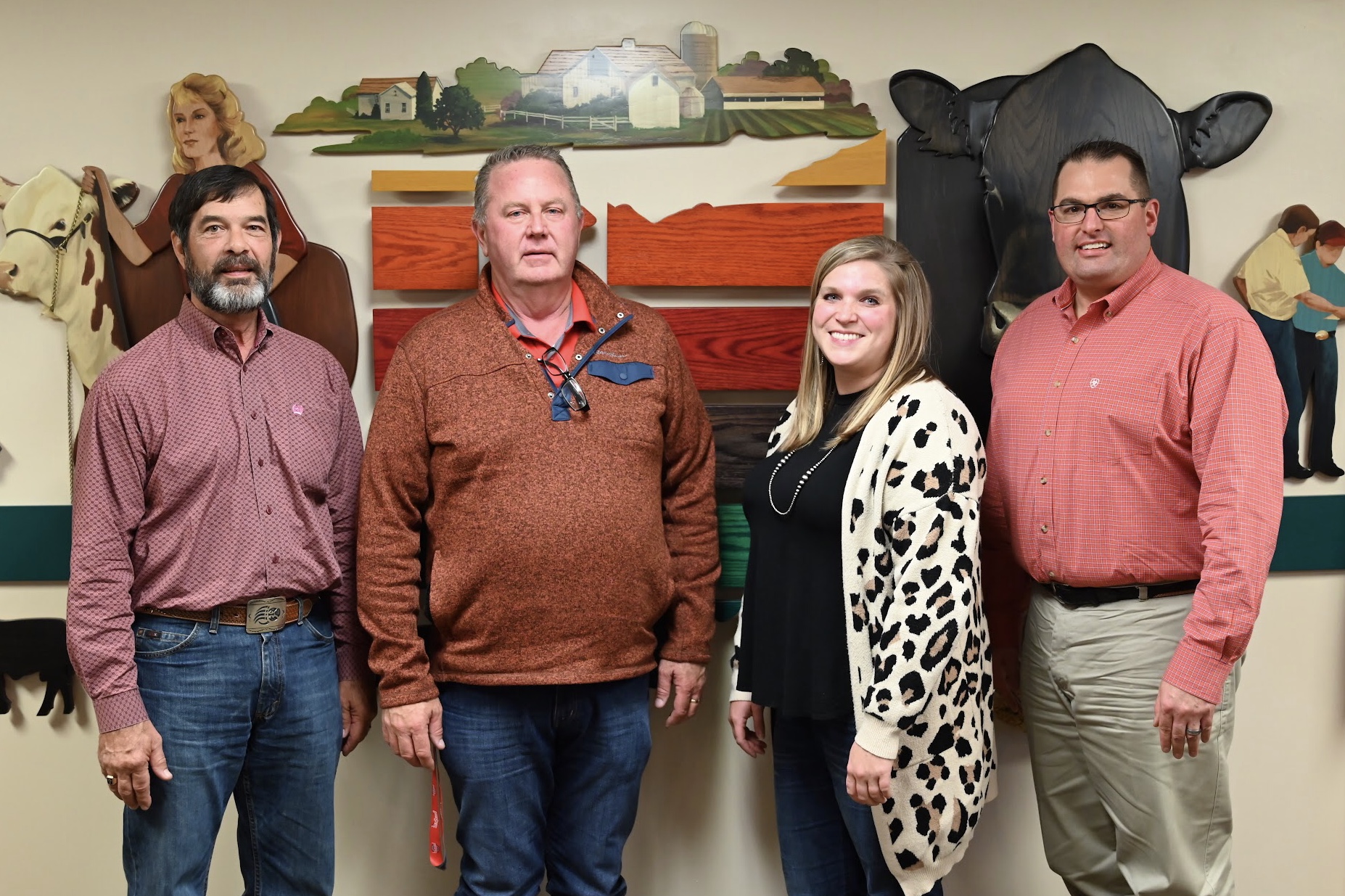 MARYSVILLE, Ohio – The Ohio Cattlemen’s Association (OCA) recently held elections for directors in districts 2,5,8, 11 and one at-large position. The new board then held a meeting on Dec. 7 to elect the association’s officers for 2022. At that meeting, Meigs County’s own Tom Karr was elected president of the association.

Tom Karr lives in Pomeroy, Ohio with his wife, Amy, and has been in the cattle business for over 40 years. He started in the business by taking over his father’s operation, which consisted of about 45 Polled Hereford brood cows. Over the years, Karr grew his herd to about 100 cows and began incorporating Red Angus for their efficiency and quality grading. He gradually changed his operation to a purebred Red Angus herd in the mid-1990s and now has 175 brood cows and sells breeding age bulls and open and bred heifers. Karr also grows corn, soybeans and hay on 1,800 acres in Meigs County.

He is a member of the Chester United Methodist Church, Shade River Lodge, Pomeroy York Rite, Valley of Columbus and Gallipolis Scottish Rite, Aladdin Temple Shrine, a past member of the Ohio Masonic Home Board of Trustees, past chairman of the Rio Grande Community College Board of Trustees, Trustee of the University of Rio Grande Board and member of the board of Farmers Bank and Savings Co. Karr is involved with the Athens, Meigs and Washington County Cattlemen’s Association, and the National Cattlemen’s Beef Association. He also received the OCA Seedstock Producer of the Year award in 2014. Karr is completing his second term on the OCA board of directors as a director at-large

Elected Board Members
The newly elected board members are Andy Lohr, district 2, and Jason Dagger, district 5.
Andy Lohr is from Bucyrus, Ohio. Lohr and his wife, Tonya, run a 100-head cow/calf operation and feed out all their own calves, as well as purchase extra feeders throughout the year. They also raise 1,400 acres of corn, soybeans, wheat and hay.
The family recently opened the Center Street Meat Company in Bucyrus. The lack of harvest facilities during COVID created the push to establish the business, but it was the tremendous community support for it that helped create a strong demand for retail and custom orders. The business is owned by Lohr and his wife and their two children, Jake and Jessica, and son- in-law, Mitch.
Lohr previously served on the OCA board of directors and as vice president for the association. He is a current board member for the Crawford County Cattlemen’s Association and a past president. In 2004 Lohr was the recipient of the OCA Young Cattleman of the Year award. In addition, Lohr has served as a township trustee for 16 years and is the current chairman.
Jason Dagger resides in Cable, Ohio with his wife, Sandy, and daughters Ava and Amelia. Born and raised in Champaign County, he attended The Ohio State University and returned to the family farm while working for the Ohio Farm Bureau as an Organization Director in Champaign, Clark and Madison Counties. Currently he works for RWE Renewables as a Senior Project Manager. He also serves as a delegate for United Producers, Inc.
The family’s cattle operation consists of approximately 225 Commercial Angus cows and 1,800 acres of row crops. They finish their own calves and supply a majority to a local retail shop and restaurant. The balance are marketed through United Producers, Inc. Dagger, and his brother, Justin, also feed Holstein steers.