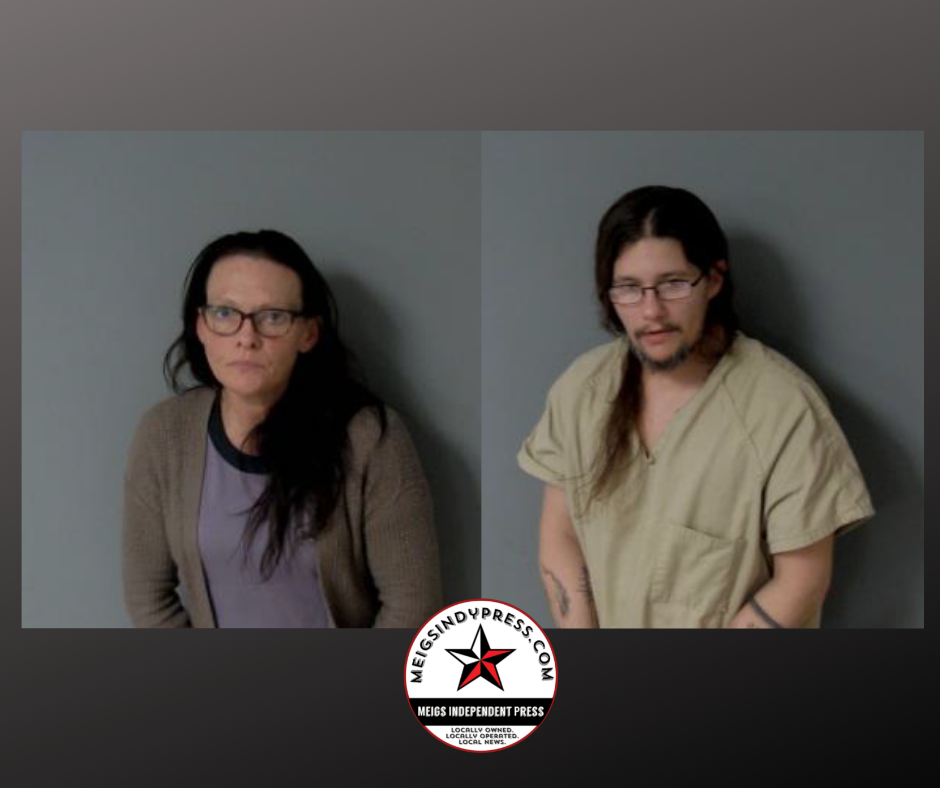 Two people have been taking into custody following the execution of search warrant in Pomeroy. A child was in the residence where alleged drugs were discovered.

According to Meigs County Sheriff Keith Wood, in the late night-time hours of Tuesday, February 15, the Major Crimes Task Force executed a search warrant at 114 Peacock Avenue in the Village of Pomeroy. The search warrant for the residence came “after a lengthy investigation into drug trafficking of both heroin and crystal methamphetamine,” according to the statement.

Entry was made into the residence by the Major Crimes Task Force with the assistance of the Meigs County Sheriff’s Office and multiple subjects were detained at that time. According to Sheriff Wood’s statement, upon searching the residence Task Force Agents located a large quantity of heroin, crystal methamphetamine, and cash as well as drug paraphernalia, digital scales, plastic baggies, syringes, and other drug abuse instruments.

Law enforcement also noted that a six-year-old child was also found to be inside of the residence at the time of the search warrant. The child was released to a family member from the scene and the Task Force is currently following up with Meigs County Children’s Services regarding the welfare of the child.