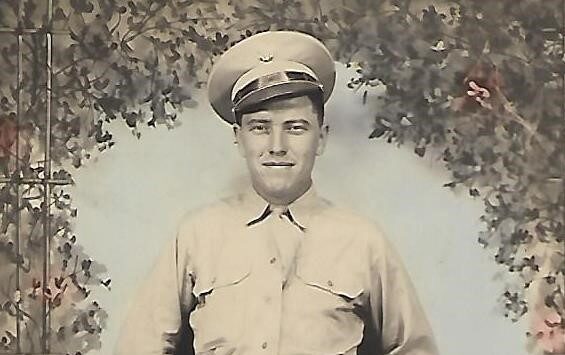 RUTLAND, Ohio –  The remains of one of Meigs County’s own from World War II has been identified.

In March 1945, Jacks was assigned to Company L, 232nd Infantry Regiment, 42nd Infantry Division. His unit was engaged in battle with German forces near Lichtenberg, France, when he was wounded and reported missing in action on March 7. His body unable to be recovered, and the Germans never reported him as a prisoner of war. On Oct. 4, 1945, the War Department declared Jacks killed in action.

Following the end of the war, the American Graves Registration Command (AGRC) was tasked with investigating and recovering missing American personnel in Europe. Unable to find any remains, they declared Jacks non-recoverable. However, in January 1951, a German War Graves Commission found a set of remains wearing Jacks’ ID tags while they were disinterring German soldiers from a military cemetery near Ludwigswinkel, Germany, 14 miles to the northeast of Lichtenberg. AGRC recovered the remains, designated X-8515 Neuville, but found discrepancies between the remains and Jacks’ records and couldn’t understand how it would have been possible for Jacks’ remains to end up 14 miles away from where he went missing. Jacks was declared non-recoverable in October 1951 and X-8515 was buried at what is today Brittany American Cemetery, an American Battle Monuments Commission site in St. James, Normandy, France.

While studying unresolved American losses in the Lichtenberg area, a DPAA historian reviewed the X-8515 case and determined German medics had recovered Jacks near Lichtenberg and moved him to the nearest German field hospital, which was in Ludwigswinkel, where he died. This information, along with a scientific re-evaluation of X-8515’s height, weight, and age estimates, made Jacks the only historical candidate for association with X-8515. X-8515 was disinterred in August 2021 and sent to the DPAA laboratory at Offutt Air Force Base, Nebraska, for identification.

Jacks’ name is recorded on the Walls of the Missing at Epinal American Cemetery, an American Battle Monuments Commission site in Dinozé, France, along with the others still missing from World War II. A rosette will be placed next to his name to indicate he has been accounted for.

Jacks will be buried in Marion, Ohio, on a date yet to be determined.

DPAA is grateful to the American Battle Monuments Commission and to the U.S. Army Regional Mortuary-Europe/Africa for their partnership in this mission.