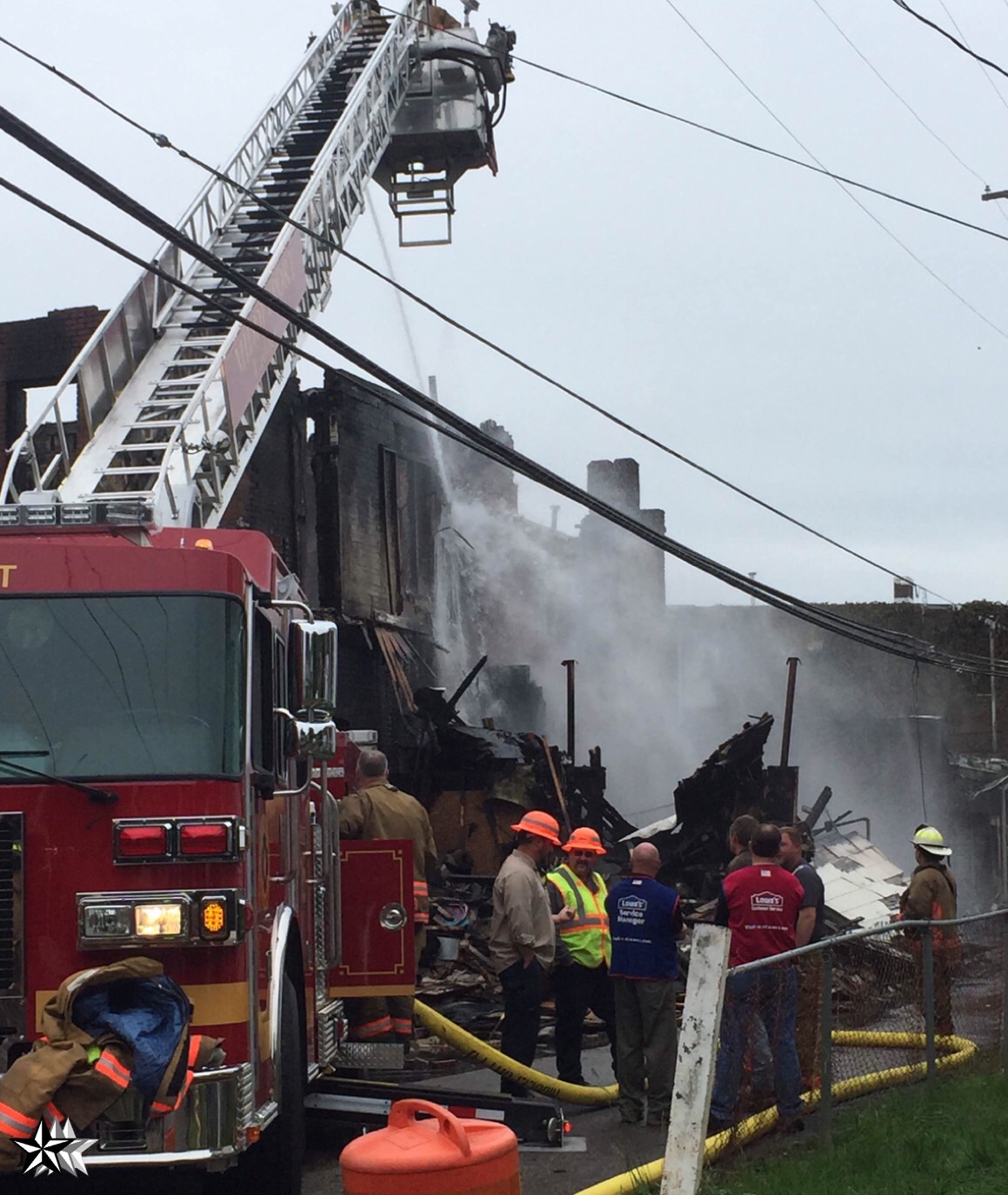 According to Middleport Police Chief Bruce Swift, the Major Crimes Task Force of Gallia-Meigs was brought in to the investigation following a tip that the fire had been intentionally set. Following several interviews of witnesses, members of the Task Force Agents and Middleport Police Officers took the suspect, Keith R. Day, 31, of Middleport into custody. Day was arrested and charged with aggravated arson, a felony of the first degree.

The Meigs Independent Press had received information that Day was allegedly involved with other fires including two dumpster fires in the village. Chief Swift said Day was considered in those cases, but there were no witnesses or evidence to connect him to any of them.

Chief Swift also said that due to the fire, Frontier phone lines are down. Frontier is calling in additional crews to have lines restored but it would not be before May 18, and could be later in the week for some areas. Phones in Rutland and Middleport have been down since the fire.

Several state fire marshals were investigating the scene today. North Second Avenue was opened to traffic as well. The sidewalk remains closed along with the alleyway behind the burned buildings.