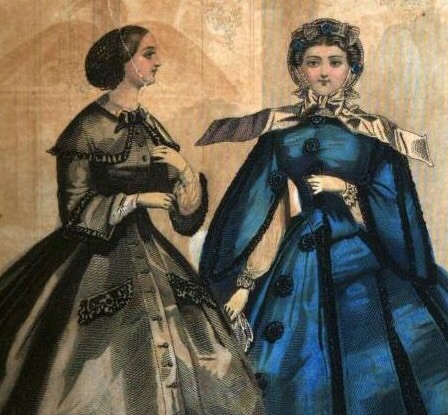 POMEROY – The Civil War will once again come alive in the area with the return of the Morgan’s Raid reenactment. In preparation, two workshops have been scheduled for those interested in participating or learning about the period.

The first workshop will be Wednesday, July 27 starting 7 p.m. at Wolfe Mountain Entertainment. The workshop will focus on clothing of the Civil War era. Ladies from the Fabric Shop will present information on fabrics of the 1860s and information on clothing of the period. There will be information on women’s, children’s as well as men’s clothing both military and civilian. An introduction to the “language of the fan” along with other customs of the period will be presented. Light refreshments will be served. There is a five dollar fee for the workshop to cover materials.

Morgan’s Raid reenactment The Pursuit will bring cavalry reenactors to make the trek across Meigs County, just as John Hunt Morgan and his raiders did in 1863. The event has been held twice before. This time a contingent of Union infantry will be pursuing the Confederate horse soldiers and will eventually meet in Portland, Ohio for the Battle of Buffington Island. The event starts in Wilkesville, Ohio on September 14. There will be a dance in Wilkesville that evening. The event continues as the soldiers will move from Wilkesville to Chester and then to Portland with the main battle being reenacted on September 18. A dance will be held in Chester and one at Portland for the event as well.

More details about the events and activities related to Morgan’s Raid The Pursuit open to the public will be released as the event approaches. Morgan’s Raid The Pursuit is sponsored by the Buffington Island Battlefield Preservation Foundation. The foundation works to educate the public about Ohio’s only Civil War battlefield and to protect the hollowed ground Union and Confederate forces fought and died on at Portland, Ohio.

The Battle of Buffington Island was the most significant engagement in what is called Morgan’s Raid. During this battle two future U.S. Presidents participated, Rutherford B. Hayes and William McKinley.

General John Hunt Morgan began his famous ride by hand picking nearly 2,500 Confederate cavalrymen and artillerymen and set off from Sparta, Tennessee. On June 11, 1863. General Morgan’s intent was to divert forces away from the Rebel armies gathered in the West and interrupt Union communications everywhere he went. He and his men conducted a number of raids and small skirmishes on tows and garrisons in a ride that would take them more that 1,000 miles in 46 days. On July 2, 1863 while two great armies were battling in the hills surrounding Gettysburg and another two great armies were engaged at Vicksburg, these raiders entered Kentucky as they headed north towards Louisville. On July 8, Morgan crossed the Ohio River in to Indiana at Brandenbrug, Kentucky near Cincinnati.

Along the way these men raided towns, stores and private homes, stole much needed horses to replace their worn out ones and cause great anxiety among the citizens around the state. As he continued north and east across the state, he encountered more and more militia and regular townspeople who began to harass his force and make life difficult.

On July 18, 1863, after a long day of fighting with various Meigs county Militias and citizens Morgan arrived at Buffington Island with intention of using the ford back to friendlier territory. Worn out from a hard day of riding and fighting Morgan decided to rest and take on the Militia the next morning which allow General Judah’s pursuing forces to catch up to Morgan and the battle began at approximately 6 a.m. on July 19, 1863. Fighting rages across the fields along the river for most of the day, but as Morgan began to cross the river, the Union gunboats Moose and Alleghany Belle shelled the Confederates and prevented their crossing. As more Union forces arrived, Morgan was finally surrounded and ordered to surrender.

At about 3 p.m., General Shackleford granted Morgan one hour to surrender, but they used that time to fortify their position instead. The battle continued until night fall when, Morgan, along with about 400 men, escaped while the rest of his force surrendered. He again tried to cross the river up between Reedsville and Hockingport, around Belleville but was again turned away by the Union gunboats and cavalry. While some of his men did reach the southern shore, others drown and Morgan was forced to turn north. Union forces continued to pursue Morgan until finally on July 26, 1863, he and his men were captured just north of East Liverpool in Columbiana County.

From best estimates, approximately 3,000 Union forces and 1800 Confederate were engaged and this ended the only battle of the Civil War to take place in Ohio.