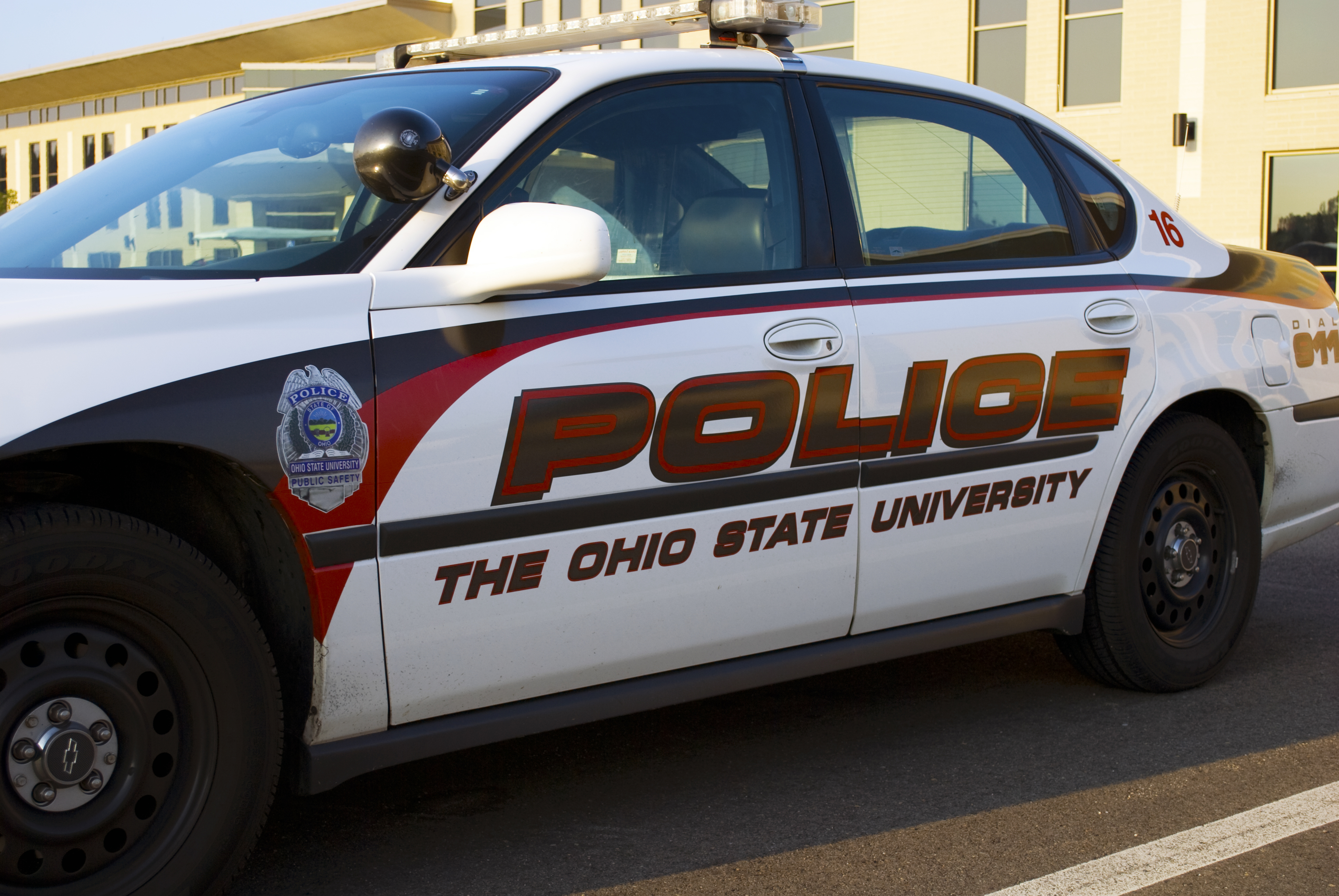 COLUMBUS – One suspect is dead following a bizarre attack with a car and a butcher knife at The Ohio State University Campus Monday morning.

Officials addressed rumors and reports of what had originally been called an “active shooter” incident at the campus near Watt’s Hall.

The president of The Ohio State University, mayor of Columbus, and other officials addressed the media following the events of alleged shooting and stabbings on campus on November 28.

According to officials at 9:53 a.m. the suspect on 19th Street drove a car “purposefully” into people. The unidentified suspect then exited the vehicle and began slashing at people with a butcher knife. A machete had previously been reported, but officials confirmed it was indeed a butcher knife. An OSU Police Officer responded within minutes as the officer was close by at the time. When the suspect did not comply with the officers commands, the suspect was shot and killed.

By 9:55 a.m. the active shooter alert had been issued and faculty, staff and students were being alerted. They were advised to “hide, fight, run.” According to campus officials those key words have been used with trainings, keyed people quickly into their options and they responded appropriately.

One of those sheltering in place was a Meigs County resident on a tour of the campus. The person has asked the Meigs Independent Press not to use their name at this time.

The individual said they were with a professor for the program they were looking into at Arps Hall when the Buckeye Alert came across the professor’s phone. Arps garage was one of the facilities that remains closed on campus as law enforcement continues to process the scene.

“I’m still kind of shook up about being here today,” the prospective OSU student told the Meigs Independent Press.

Dr. Andrew Thomas, Chief Medical Officer at the OSU Medical Center said five victims were brought to the facility. Two were transported to Grant and two were transported to Riverside. He said the injuries were from stab wounds, cuttings and soft tissue injuries consistent with being hit by a vehicle. All of them were in stable condition. He added an additional person that had been hiding, sheltering in place was being evaluated, but did not elaborate on the individual’s condition.

In addition to the OSU and Columbus Police Departments, the Franklin County Sheriff’s Office, FBI, ATF, and Ohio State Highway Patrol have all been working on the case.

“We’re here for them. We care about them,” Dr. Michael Vincent Drake, president of The Ohio State University said of the victims of Monday’s violence. He added, “We’re pleased that this is no more serious than it was.”

The quick response of the OSU police officer has been credited with minimizing further violence and potential victims.

Previous reports had been confusing and concerning several different scenarios. According to one student, the fire alarm went off in Watt’s Hall and as people were attempting to flee the building, two people in a car were trying to run them over. One of the individuals jumped from the vehicle and began slashing at people with what appeared to be a machete. Another student said a man triggered the fire alarm and then began slashing at people with a machete. Details continue to emerge as students and those involved are emerging from where they had been sheltering in place and permitted to leave by law enforcement.

According to law enforcement, the fire alarm being triggered by what appears to be a gas leak is still being investigated. Law enforcement officials continue to process the scene, conduct interviews and collect evidence.