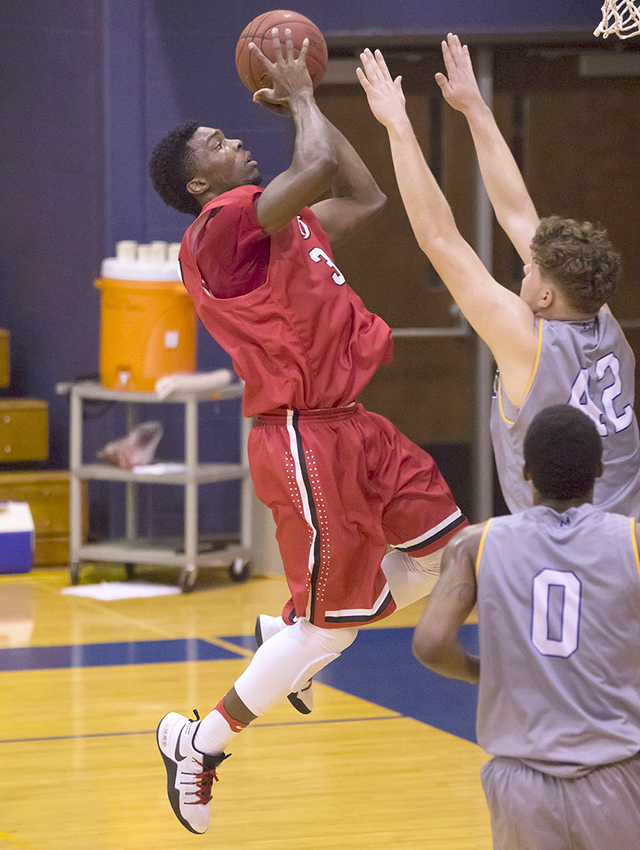 MIDWAY, Ky. – The University of Rio Grande rallied from a one-point halftime deficit, shooting nearly 67 percent from the field in the second half, en route to an 80-72 win over Midway University, Friday night, in River States Conference men’s basketball action at Marshall Gymnasium.

The RedStorm, who picked up their second straight road win after eight straight losses to begin the season, improved to 7-14 overall and 4-5 in league play.

Midway slipped to 2-16 overall and 2-8 inside the RSC with the loss.

The Eagles appeared poised to post an upset win, leading 33-32 at halftime and 52-50 after Gerry Milligan connected on one of two free throw attempts with 10:22 remaining in the game, but Rio Grande went on a 7-0 run over

the next two minutes and never trailed again.

Christian scored all but two of his points after halftime, while also pulling down a game-high eight rebounds.

Thompson scored all of his Rio career-high 14 points in the second half, going 6-for-9 from the floor.

The RedStorm, who also nailed 13 of their 14 free throw attempts as a team (92.9%), got five assists from junior Devon Price (Pickerington, OH).

Milligan and Will Hudson added 11 points each for the Eagles, who started their program this season after absorbing the men’s basketball program from St. Catharine College after SCC closed its doors in July.