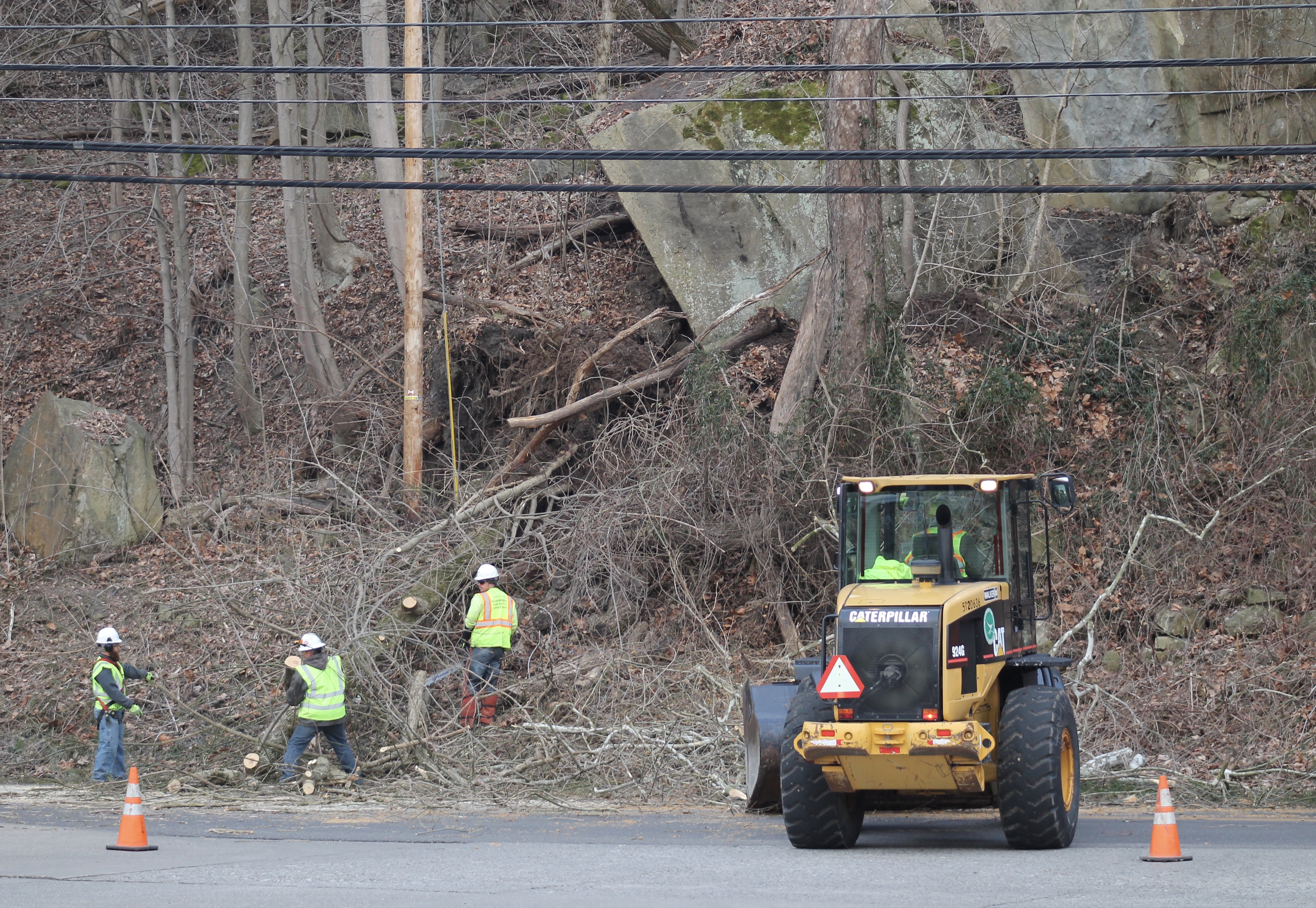 Rocks in danger of sliding into roadway

POMEROY, Ohio – A rockslide on St. Patrick’s Day has shut down a portion of Main Street across from the Marathon station near the Bridge of Honor. It will remain closed until the rocks can be removed from the hillside.

In the early morning hours of March 17, a large rock split in two along Main Street in Pomeroy. The spilt caused smaller rocks, dirt and trees into the roadway. Initially, the Pomeroy Fire Department and Pomeroy Police Department responded, but it became obvious the issue was going to require others to be brought in to deal with the situation. Crews from District 10 of the Ohio Department of Transportation responded along with American Electric Power to address the situation.

Power was turned off in a portion of the Village of Pomeroy as a precaution due to a tall tree in danger of falling on power lines. Once the tree was removed, AEP restored power to the approximately 40 customers that were effected according to AEP Ohio Representative Jessica Wright.

“We got the call around 5 a.m. this morning,” Wright said. She added it was the goal of AEP to “keep our crews and everybody surrounding it (the rockslide) safe and get the tree taken care of.”

Once the large tree had been cut down, engineers with ODOT began assessing the stability of the rocks. According to ODOT District 10 Geo Technical Engineer, Andy Moreland, the road will remain closed until the rocks can be removed. Moreland said the rock split in two. Moreland added there is mine drainage coming down between the rocks. He said the rocks are in danger of falling into the roadway and must be removed before that portion of Main Street can be reopened.

“We are not going to open the road. We are bringing equipment to chip away smaller pieces to remove,” Moreland said.

Ashley Rittenhouse, ODOT District 10 Public Information Officer, said “We are working as quickly as possible to reopen the road.”

Neither Rittenhouse nor Moreland would speculate as to how long it would take to remove the rocks and open the road. Rittenhouse stressed that crews are working as quickly as possible.