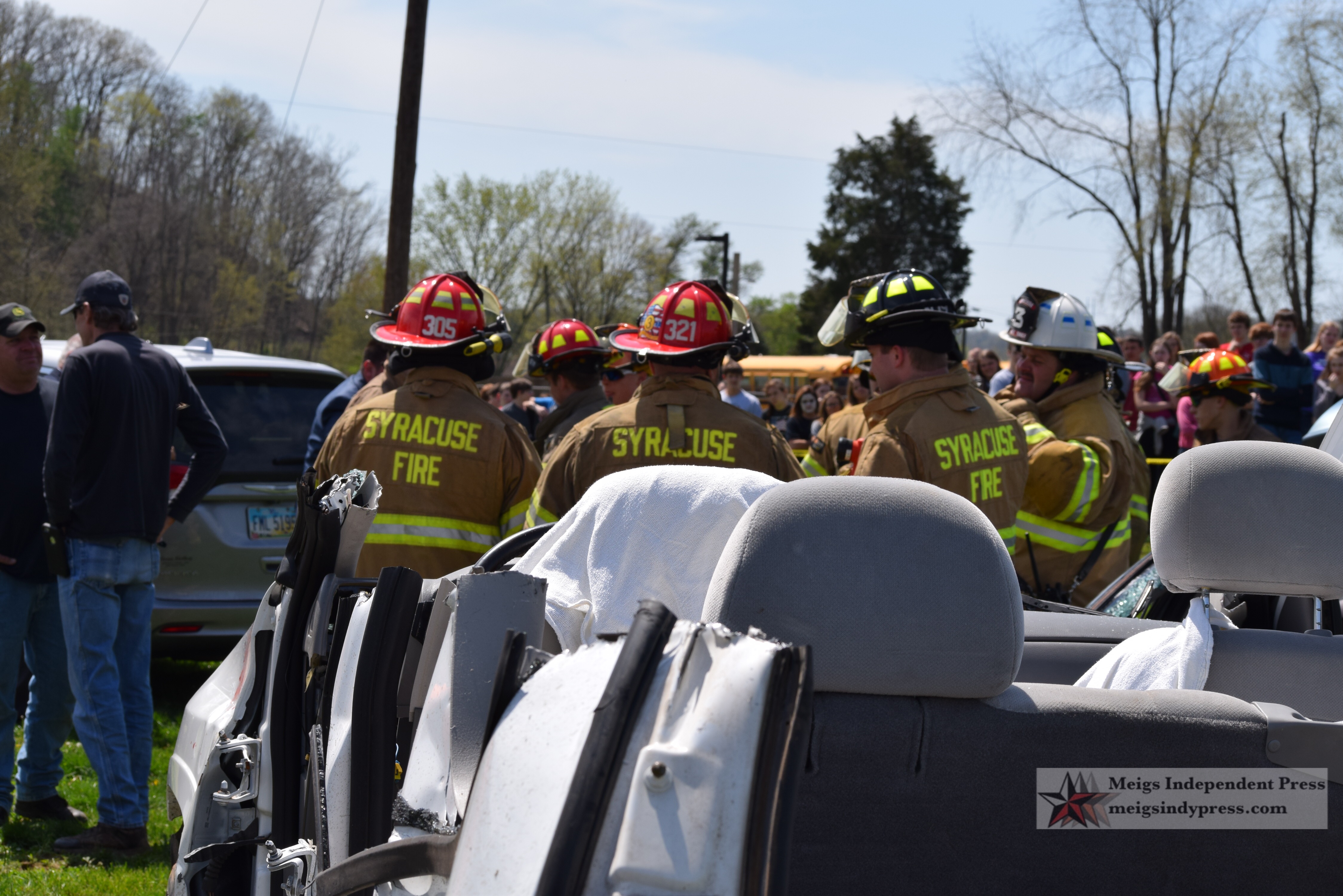 RACINE, Ohio – A lot of planning went into staging a fake crash in the hopes it could prevent a real crash.

Multiple agencies came together to create a mock crash for Southern High School students April 14, 2017. The purpose of the mock crash was to illustrate the point that students should drive safe and drive sober. The event happened as prom and graduation celebrations approach for the students. Road safety is a serious issue and people can get seriously hurt if the proper precautions aren’t taken. Perhaps installing a blackboxmycar is a sensible decision to make in order to control driving and control the car, it is also brings insurance down too which is a bonus but the safety of students can be protected by considering a blackbox.

The students watched a video put together by Teen Institute (T.I.). The video told a story of two sisters, their friends and making the wrong choices including driving while under the influence of alcohol or drugs. After watching the video, students witnessed the consequence of those wrong choices. In the scenario, the crash had already occurred and students watched as first responders arrived on the scene. The staged crash was complete with several students acting as victims including made up wounds. High school students stood by as they watched law enforcement, firefighters, EMS and even Medflight arrive to treat the crash victims. In the scenario, the crash was fatal with both sisters dying as a result of their injuries. The driver of one of the vehicles took a field sobriety test and was arrested for driving while under the influence. Students returned to the school where a mock funeral had been set up for the sisters. Their obituaries were even read. After that, various officials addressed the students.

“This has been an amazing opportunity for our students and I am so proud of each and every person who planned and participated in making this event such a success. If we were able to impact just one student today, I think we did our job,” Carolee Scarberry, Southern Local School District School Psychologist and T.I. Advisor.

Meigs County Prosecuting Attorney James Stanley commented on the event, “Today’s dramatization is a sobering reminder that horrible things can easily happen to those who make poor choices or who engage is risky behavior. Unfortunately, innocent people are often affected by the poor choices of others. Hopefully the students learned that all actions have consequences and that their choices matter. I hope all students have a fun and safe prom and graduation season.”

Meigs County Sheriff Keith O. Wood addressed the students following the mock funeral. “Pretty somber moment,” he noted and added, “The choices you make in life are something you carry with you forever. Don’t forget this.”

Trooper Shawn Cunningham also talked to the students about his 25 years of experience seeing the results of impaired driving, of making the wrong choices and compounding those choices by getting behind the wheel of vehicle.

“There is so much temptation out there for young men and women as yourselves,” Ohio State Highway Patrol Gallia-Meigs Post Commander, Barry Call, said. He advised them to remember to make good choices as well. He said while they may get by with making bad choices at one point, that may not always be the case. “It’s not worth the risk.”

Prosecutor Stanley also urged students to make good choices. He added that not only driving sober is imperative, but driving safe at all times is as well. He warned the students of the consequences of distracted driving as well as texting and driving.