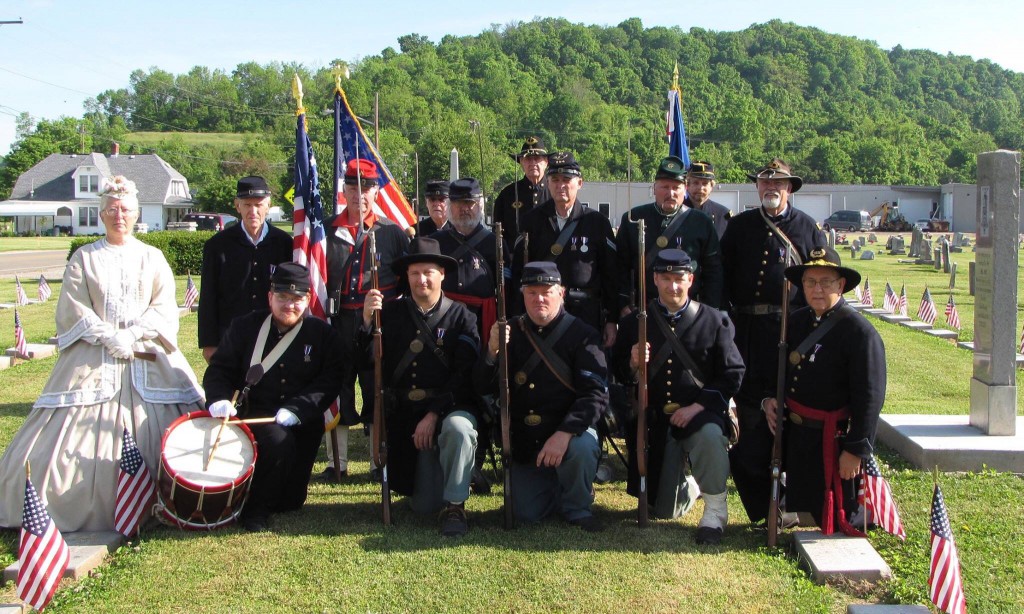 GALLIPOLIS, Ohio – On April 29, 2017 the local Cadot-Blessing Camp of the Sons of Union Veterans of the Civil War will be conducting a Civil War Headstone Ceremony in the Bethesda United Methodist Church Cemetery for Pvt. Wilhelm Rodeman.

The ceremony is to replace a stone that is illegible for the former soldier who was a member of Company F of the 74th PA Volunteer Infantry. Descendants of the Pvt. Rodeman will be traveling from St. Louis, MO to help in the rededication of the stone.

The ceremony will consist of a prescribed ritual originating with the GAR. Pvt. Rodeman mustered into service in 1861 in Virginia. He saw action at the Battle of Cross Keys, Freeman’s Ford, Waterloo Bridge and the second battle of Bull Run before suffering injury and was medically discharged in 1863. The ceremony will end with a firing of a salute and playing of taps by Tim Huffman.

The ceremony is open to the public.