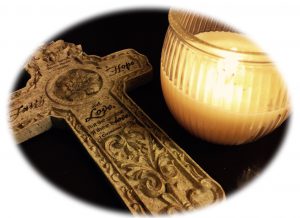 He was a life-long Ohio State Buckeyes fan. He also enjoyed taking long rides through the country and watching the leaves change in Autumn. He spent much of his life studying the Bible and spreading the gospel to anyone he had the opportunity to share with.

Richard was preceded in death by his parents Harold “Tag” and Mildred Long, sister-in-law Maida (Roy) Long, and a nephew Parker Long.

He leaves behind and will be sorely missed by many family members. His wonderful wife Delores Bumgarner Long who was at his side throughout his illness. She was his constant companion in sickness and in health. He was showered with love from her every day and to her our family is grateful beyond words.
Also left behind are two brothers Roger (Delores) Long of Middleport, Ohio. Roy Long of Pomeroy, Ohio. A sister Mary (Mike) O’brien of Gallipolis, Ohio. Two daughters Mindy (Terry) Loetscher of Lakeland, Florida, and Mary (Jon) Petrie of Dover, Florida. A son Rich (Kristy) Long Jr. of Jacksonville, Florida. Three stepchildren, Troy (Lisa) Stewart of New Haven, West Virginia, Renee (Stewart) Zerkle of Mason, West Virginia, and Josh (Keri) Stewart of Corpus Christi, Texas. Also left behind were numerous nephews, nieces, grandchildren, and great grandchildren.

Richard had a particularly soft spot in his heart for children in need of shoes or a warm coat during the colder months. The family asks that rather than sending flowers etc., anyone moved to make a donation please do so by sending gift cards, checks, or cash to the River City Fellowship in Gallipolis, Ohio in care of Pastor John O’brien to be used to put shoes and warm coats on children in need this Christmas season.