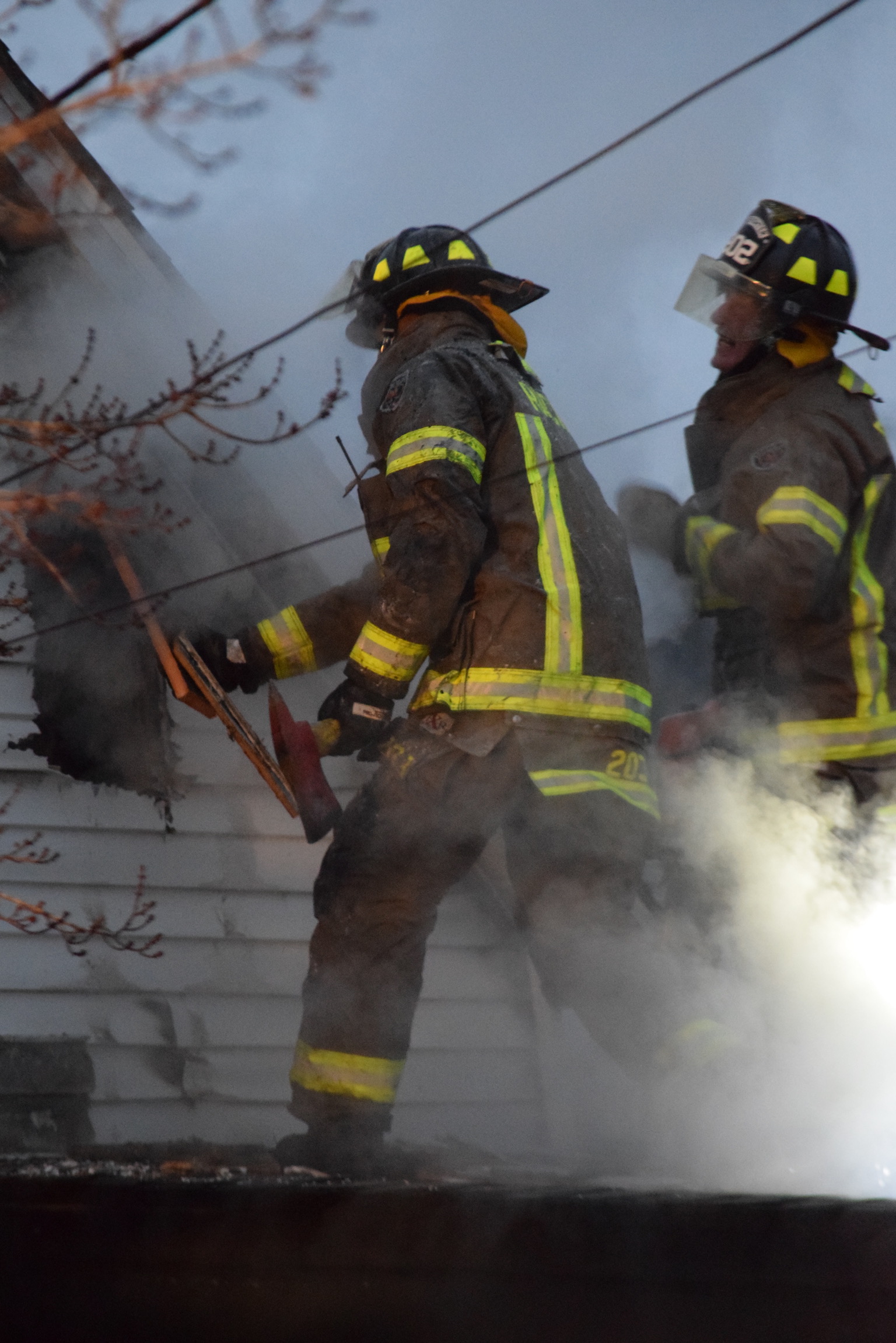 RACINE, Ohio – Two fire departments responded to a house fire and saved several pets in the process just outside of Racine, Ohio on Dec. 26, 2017.

The call came in about 5 p.m. for a fire in a residence along Tornado Road belonging to Ruby Nakao. The Racine Fire Department responded along with the Syracuse Fire Department providing mutual aid found the home with smoke and flames visible coming from the structure.

According to Racine Fire Chief, Boyd Bailey, the firefighters quickly had the fire knocked down, but were venting the smoke from the roof and checking for hot spots inside the walls of the structure. In the course of putting the fire out, firefighters discovered several dogs in the home.

The homeowner was not home at the time of the fire, however, four dogs were in the home. Three small dogs were taken out of the structure and while cold, appeared to be ok. Another larger dog was carried out of the house and was firefighters quickly began giving the dog oxygen. The large dog was barely moving and appeared to barely be breathing. After receiving care, oxygen, and being covered by a blanket, the dog revived. Initially only the larger dog and two small ones were thought to be in the structure. They were transported to the Meigs Veterinarian Clinic by family of one of the firefighters. The fourth small dog was discovered later, and was checked as well.

Chief Bailey said the fire was mainly contained to the front room of the house, however, the home is a total loss. He also said the fire is not suspicious. He said it appeared to be electrical.

“It is because we have dedicated volunteers that response can happen quickly to handle situations like this. While no person was in the home, the four dogs were successfully rescued today,” Chief Bailey said.

Responding to the scene were Racine Fire Department with Engine 27, Truck 21, along with Syracuse Engine 34, and Truck 30. The Meigs County Sheriff’s Office, Meigs EMS Medic 2 and AEP also responded. Racine had 17 firefighters on scene and Syracuse had 8.

Bailey also expressed gratitude for the efforts and hard work of the Syracuse Fire Department and the mutual aid Racine receives from them as well. When Racine is called out Syracuse is also toned out as well and vice versa to assist on fire calls.

Chief Bailey added that the Meigs County Ohio Department of Transportation had been contacted to salt the road in front of the home as water from the fire trucks was on the roadway and there were concerns it could freeze making the road slick.

The two fire departments were on the scene for about two hours before clearing the scene. During that time, Tornado Road was closed in both directions while firefighters handled the structure fire.