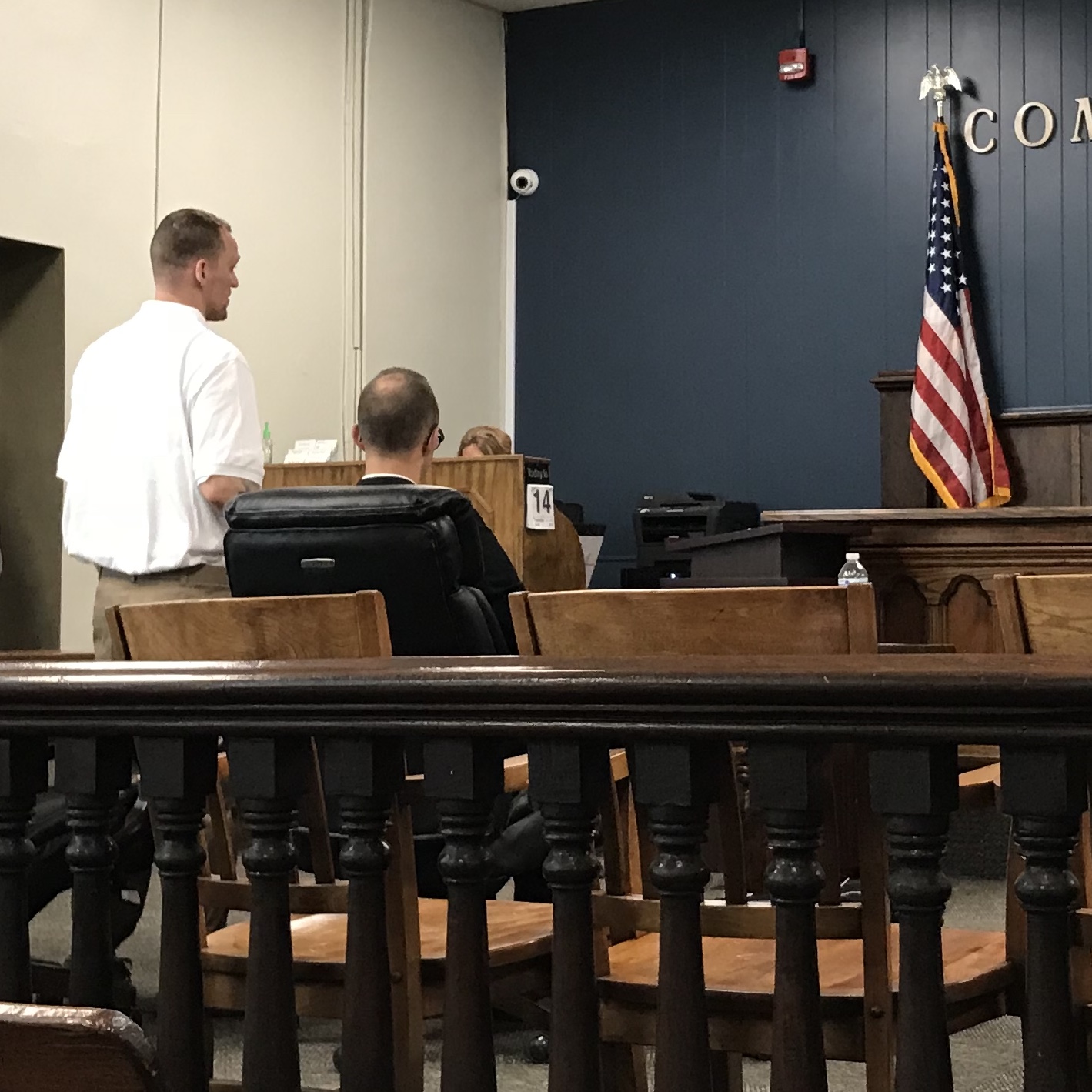 POMEROY, Ohio – A man accused of leading law enforcement on a high speed chase through several counties and crashed at a local school entered a guilty plea and was sentenced June 14, 2018 in the Meigs County Court of Common Pleas.

Jason A. Austin, 35, of Lancaster, Ohio appeared with his attorney, Britt Wiseman, before Judge I. Carson Crow facing three charges. Meigs County Prosecuting Attorney James Stanley and Assistant Prosecuting Attorney Jeff Adkins represented the state. Austin was indicted by a Meigs County Grand Jury on April 20, 2017 on one count each of: Receiving Stolen Property, a felony of the fourth degree; Failure to Comply with Order or Signal of a Police Officer, a felony of the third degree; and Inducing Panic, a misdemeanor of the first degree. Austin entered a guilty plea to each count.

Austin entered the guilty plea with the agreement being  a total of 30 months in prison and he must pay $1,800 restitution to the Eastern Local School District. Additionally, Austin will have a lifetime driver’s license suspension. Judge Crow sentenced Austin in accordance with the plea agreement.

Stanley said that he spoke with the victims in the case including the woman Austin stole the vehicle from, law enforcement and officials from Eastern Local School District. All parties involved were in agreement with the plea deal. Stanley said the school had to go on lock down with the chase going on and until Austin had been secured by law enforcement.

Wiseman stated in defense of Austin that his client expressed remorse for what he did and the incident was a result of drug addiction. Wiseman also stated that Austin is a father.

Austin has been convicted previously on charges related to this case in Fairfield County, Ohio to which he is serving five years in prison. Austin spoke on his own defense as well. He told Judge Crow that he had been on meth.

“I am so sorry for scaring the kids,” Austin said, “I was on drugs.”

Austin went on to say that he was going to take this time in prison to deal with drug addiction problems and work to “be the man I should have been a long time ago.”

The case had been set for a trial on June 14, but a plea agreement was reached at the last minute before jury selection began.

For more information click the links below from previous stories in the Meigs Independent Press.

UPDATE: Speeds reached in excess of 100 mph during morning chase of suspect