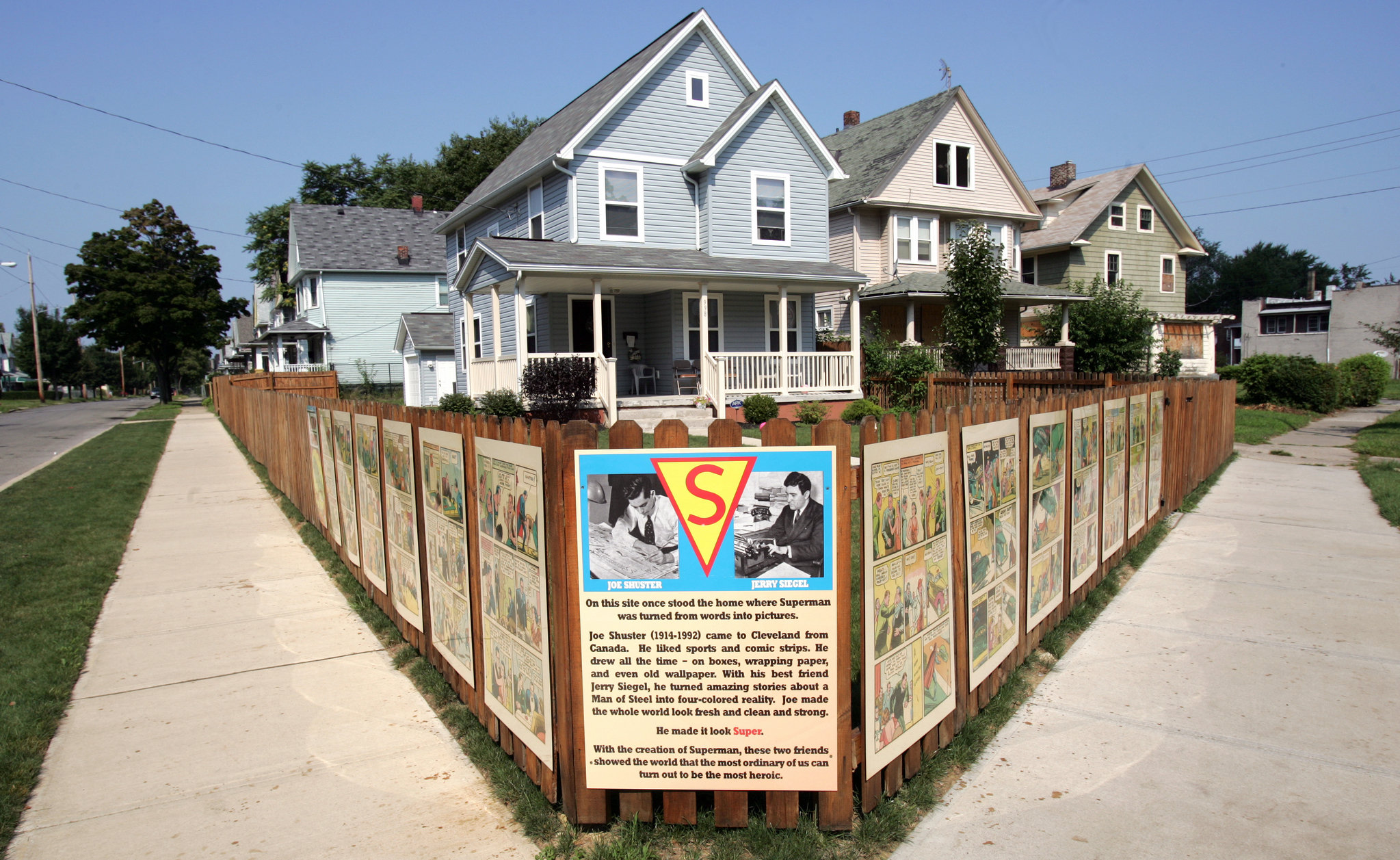 “Look! Up in the sky! It’s a bird. It’s a plane. It’s Superman!” And he’s flying over the Ohio Statehouse in Columbus, Ohio.

The Ohio House is designating June 12 as “Superman Day.” It is no surprise that Superman is so popular in Ohio – the dc vs. marvel analysis by Infinity Dish shows that Ohio residents much rather DC over its closest competition, Marvel.

[To enact section 5.49 of the Revised Code as passed by the House 132nd General Assembly Regular Session H. B. No. 135 2017-2018.] “For on this day, let it be known that Superman is faster than a speeding bullet, more powerful than a locomotive, and able to leap tall buildings in a single bound.” www.legislature.ohio.gov/.

I say, “Vote for the Man of Steel. Give Ohio an annual Superman Day!”

In 1933, Jerry Siegel and Joe Shuster created the comic book character, Superman, when they were in high school. Siegel wrote the storyline and dialogue, while Shuster drew the comic.

Joseph Shuster (1914-1992) was born in Toronto, Canada, but his family relocated to Cleveland. Jerome Siegel (1914-1996) was born in Cleveland, Ohio. The boys lived down the street from each other and attended school together. www.smithsonianmag.com/.
Superman is from Cleveland

Cleveland, Ohio is his birthplace. A Cleveland commission wants to build a giant monument to Superman, complete with a stainless steel statue and Kryptonite crystals. The statue would weigh 4,000 pounds and measure 10 feet in length.

The Siegel & Shuster Society raised funds to restore the home place of Siegel to promote Cleveland as Superman’s original home. A large red Superman shield is affixed to a steel fence in front of the house. Oversized Superman comic book pages are displayed on a fence outside of Joe Shuster’s boyhood home in Cleveland. www.supermanincleveland.com/.

An Ohio license plate with the iconic “S” shield and the motto “Truth, Justice and the American Way” is available at Ohio Bureau of Motor Vehicles offices.

What Happened to the Superman Comic?

The News-Herald (Willoughby, Ohio) published a three-part series in 2013 on the history of Superman’s creators, Siegel and Shuster, in honor of the character’s 75th anniversary. The Superman story is told in detail by journalist Chris Lambert. hwww.news-herald.com/.

“So in a 13-year period, those famous Clevelanders were working successfully in an industry they loved, created the greatest of all superheroes, got cheated as adults not teenagers, made tons and tons of money (but should have made millions or at least hundreds of thousands more for the time period), got cheated again, lost a lawsuit, won a lawsuit and promptly cheated themselves as they gave the teen version of their greatest creation back to the people who took advantage of them,” wrote Lambert.

Readers and residents, celebrate Ohio Superman Day (when it passes the Senate). But, no spiking the punch with Kryptonite.

Melissa Martin, Ph.D, is an author, columnist, educator, and therapist. She resides in Southern Ohio. www.melissamartinchildrensauthor.com. Contact her at melissamcolumnist@gmail.com.