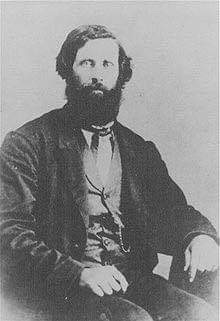 It’s an age old question, “Which came first, the chicken or the egg?” In Meigs County, which came first, Rutland Village or Rutland Township? To answer the Rutland question at least, the village of Rutland was laid out in 1828, whereas Rutland Township was organized in 1812 as part of the original purchase of The Ohio Company of Associates. The name Rutland is also found in Vermont and Massachusetts. As General Rufus Putnam is from Rutland, Massachusetts, it is safe to assume Meigs County’s Rutland is named after Putnam’s hometown.

According to Larkin’s Pioneer History of Meigs County,

The first settlement made in Rutland Township was by Brewster Higley IV, in April 1799, on the farm since occupied by his son, Milo Higley. Judge Higley was a native of Simsbury, Connecticut, but came from Castleton, Rutland County, Vermont, to Bellville, West Virginia, where he remained 18 months, preparatory to his removal to Ohio. He bought a share in the Ohio Company’s purchase for one thousand dollars. He then, in company with John Case, who had been one of a party of surveyors, and was of some service to Mr. Higley in making his selection of land, as he was to have a part of the land, made a visit to the place of his future home. He returned to Bellville, purchased a family boat and floated down the Ohio River to the mouth of Leading Creek, which being high with back water, he poled his boat up the stream as far as the place known as Jacobs’ Upper Salt Works. Here he tore his boat to pieces and built a shanty for his family to live in until he could build a house on his land. The first shanty made for his boys and John Case to live in while clearing the land was made of bark and sticks and stood near the ground afterwards used as a family graveyard.

Brewster Higley IV was a Revolutionary soldier and had served as justice of the peace in the state of Vermont. General Arthur St. Clair, Governor of the Northwest Territory, appointed Brewster Higley as one of the justices of the peace for the county of Washington, the commission bearing date December 28, 1801, done at Chillicothe. This commission and one to Fuller Elliot, of Letart, are probably the only ones for justices appointed under the territorial government for the people living in what is now Meigs County. Mr. Higley was one of the first associate judges of Gallia County and served for a number of years. He was elected justice of the peace in Rutland Township, and in 1815 was made the second postmaster of Rutland and held the office for several years. He died June 20, 1847, at the ripe old age of 88 years 3 months and 6 days. His wife, Naomi Higley, died February 4, 1850, aged 89 years one month and 3 days.

The most well-known Higley from Rutland, however, would be Dr. Brewster Higley VI, born in Rutland on November 30, 1823. Dr. Brewster Higley VI would go on to write the words that would become the”unofficial anthem” of the American West. In 1841, Higley VI began studying medicine at La Porte Medical College in La Porte, Indiana at the age of eighteen. After graduating in 1849, he resettled in Pomeroy, Ohio,and established his first medical practice as an otolaryngologist, commonly known as an ear, nose, and throat doctor.

During his life he was married five different times. His first three marriages are reported to have ended tragically when his wives succumbed to injury or disease, but there is some dispute whether this was the case with his second wife. Maria Winchell Higley, his first wife, died in 1852 from disease. Eleanor Page Higley was his second wife and mother of his son Brewster Higley VII. It was reported that Eleanor died soon after the birth of their son, but it was also told that Eleanor may have taken their child and left Dr. Higley to live with her previous husband David A. Smith. She likely died between 1853 and 1870. Catherine Livingston Higley was his third wife and mother of daughter Estella and son Arthur Herman; Catherine was injured in 1864 and subsequently died.

Mrs. Mercy Ann McPherson was his fourth wife; Higley quite literally ran from the tumultuous marriage in 1871. The two had a wild relationship, and Dr. Higley felt compelled to leave his children with relatives in Illinois and secretly move away. He briefly practiced medicine in Indiana then found his way to Smith County, Kansas in 1871 to claim land under the Homestead Act of 1862. It was there his marriage to Mrs. McPherson dissolved by default on February 9, 1875. One month later, on March 8, 1875, he married Sarah Clemons, his final wife.

Dr. Higley was so inspired by his new rural surroundings that he decided to create a poem in praise of the Kansas prairie. Thus, the lyrics to “Home on the Range” were originally published as a poem in the Smith County Pioneer in 1872 under the title “My Western Home.”

Oh, give me a home where the buffalo roam,

Where the deer and the antelope play;

Where never is heard a discouraging word

And the sky is not clouded all day.

Oh, give me the gale of the Solomon vale

Where life streams with buoyancy flow,

On the banks of the Beaver, where seldom if ever

Oh, give me the land where the bright diamond sand

Throws light from the glittering stream;

Where glideth along the graceful white swan,

I love these wild flowers in this bright land of our;

I love, too, the curlew’s wild scream.

The bluffs of white rocks and antelope flocks

That graze on the hillsides so green.

How often at night, when the heavens are bright

By the light of the glittering stars,

Have I stood there amazed and asked as I gazed

If their beauty exceeds this of ours.

The air is so pure, the breezes so light,

The zephyrs so balmy at night,

I would not exchange my home here to range

Forever in azure so bright.

The music was later added by Daniel E. Kelley (1808–1905), a carpenter and friend of Higley. Higley’s original words are similar to those of the modern version of the song, but not identical; the original did not contain the words “on the range”. The song was eventually adopted by ranchers, cowboys, and other western settlers and spread across the United States in various forms. In 1925, the song was arranged as sheet music by Texas composer David W. Guion (1892–1981), who occasionally was credited as the composer. It was officially adopted as the state song of Kansas on June 30, 1947. In 2010, members of the Western Writers of America chose it as one of the Top 100 western songs of all time.