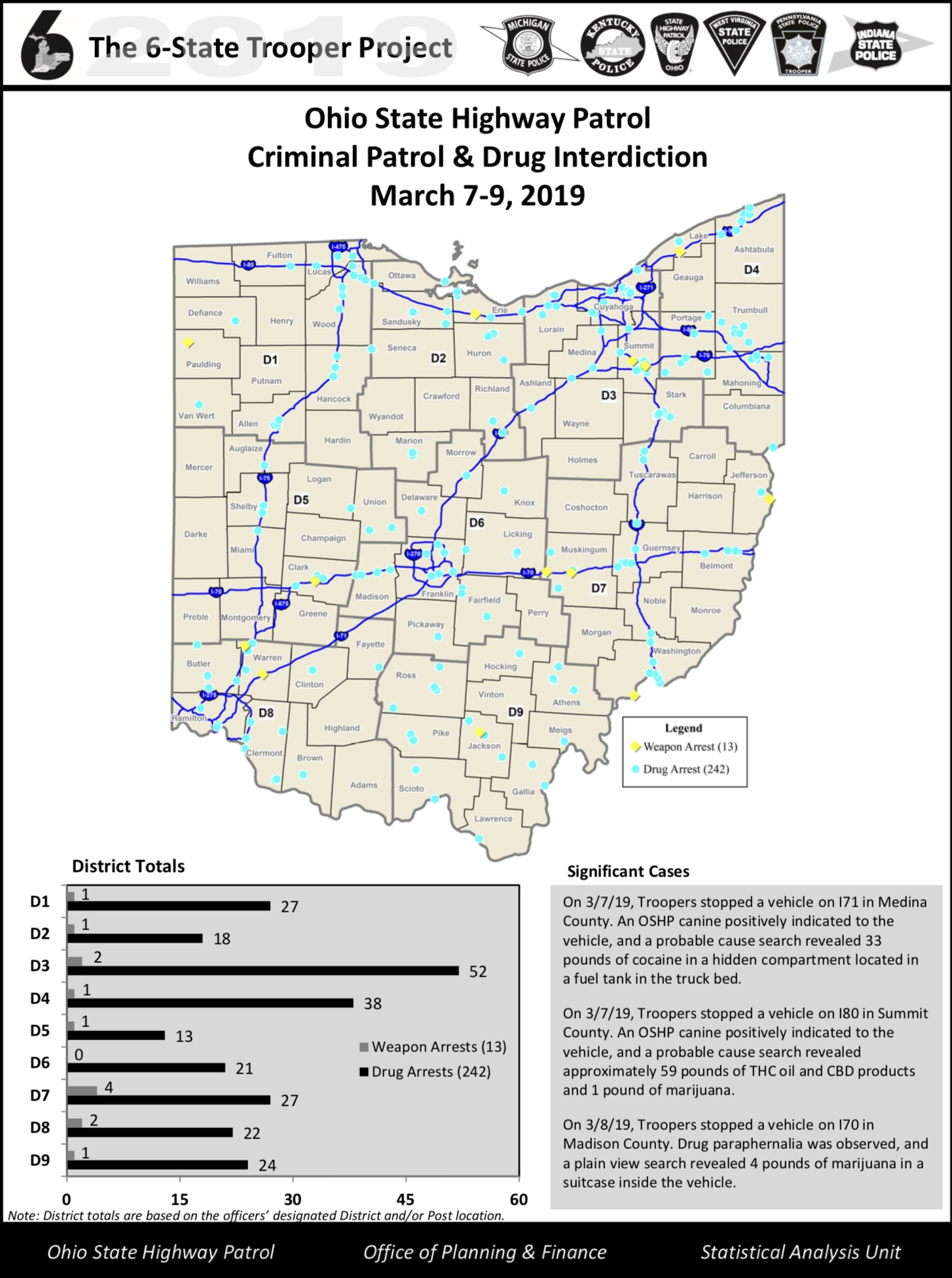 During the 6-State project, OSHP made 13 weapon arrests and 242 drug arrests.

“The Patrol remains vigilant in stopping drugs and illegal weapons from being on our roadways,” said Colonel Paul A. Pride, Patrol superintendent. “By partnering with our neighboring states, we are making the roads into and out of Ohio, as well as in our communities, safer for everyone.”