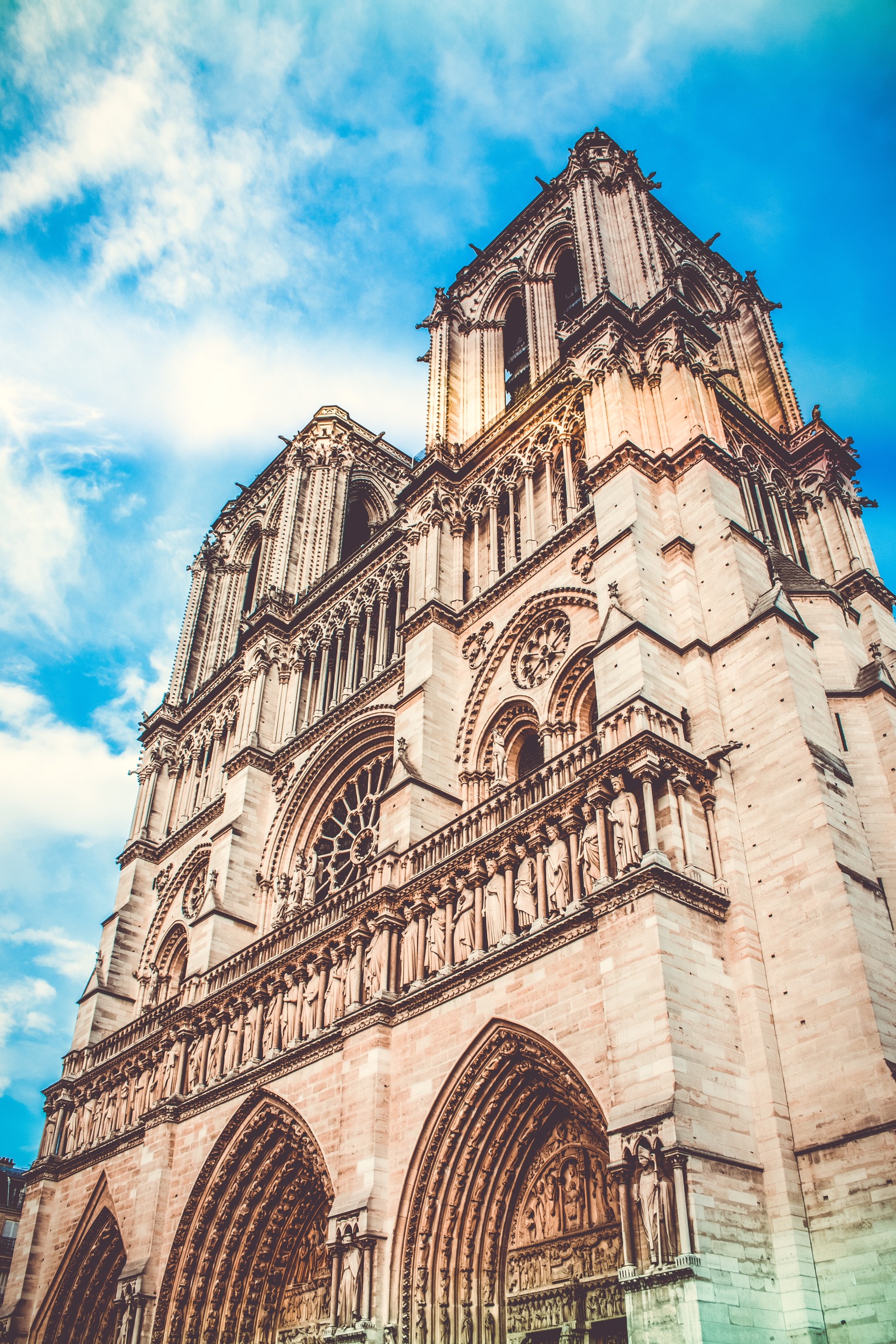 Notre-Dame de Paris (Our Lady of Paris), more commonly known as Notre-Dame, recently caught fire causing the roof and spire to collapse. A local family visited Notre-Dame a couple of summers ago and reflected on the experience following the fire.

The structure construction began in 1163 and was completed in 1260. The medieval cathedral is known for its French Gothic design, especially for the flying buttresses and rib vault. Modifications, renovations, revitalization and even desecration has happened to the structure in its 856 year life. During the French Revolution it was even rededicated for a time as a “Temple off Reason” as Catholicism was illegal during that time and atheism was put in its place. Napoleon Bonaparte restored Catholicism and during his reign Notre-Dame was once again restored as a Catholic Church. A renewed interest in the cathedral followed the publication of Victor Hugo’s novel The Hunchback of Notre-Dame. The cathedral is one of the most recognized symbols of Paris and France. Reportedly 12 million people visit Notre-Dame every year.

Notre-Dame de Paris, like 70 other churches in Paris, is not owned by the Roman Catholic Church, but by the government. According to the cathedral’s website, the Catholic Church has exclusive use of the structure, but must make it open and free for those that visit it. The Catholic Church is responsible for paying the “for employees, for security heating and cleaning.” The French government does not subsidize the Archdiocese for Notre-Dame. Since the fire, the French government has begun working to raise funds and to rebuild what was destroyed in the fire.

A reflection on visiting Notre-Dame

“Visiting Notre Dame in 2017 was an amazing experience for our family. We spent time thinking about the artisans, builders, and just regular people like us building such a treasure for France and the world to admire and use for worship. Not only was visiting Notre Dame a cultural and educational experience, but for us it was a deeply religious and spiritual experience, as well. I remember lighting a candle for a priest friend, and saying a prayer for him in Notre Dame after our family attended mass,” Barbara Musser, of Pomeroy, said.

She also noted, “Hearing the glorious pipe organ, as we toured and admired the interior of the cathedral was a highlight of our Sunday in Notre Dame. The religious art and relics housed in Notre Dame are some of the earliest treasures of Christianity. When I asked a couple family members how they would describe Notre Dame, one said ‘amazing’ and another said ‘otherworldly.’”

Considering the future and damage to the structure she stated, “I pray that Notre Dame and its precious contents can be salvaged and that religious pilgrims and tourists alike will be able to visit Notre Dame again someday. We certainly were blessed to be able to visit ‘Our Lady of Paris,’ and to be forever changed by our visit.”

Bernadette Anderson, of Pomeroy, also visited the legendary cathedral. “Don and I first visited Notre Dame Cathedral in November, 2013. We were in Paris for a week with my sister, Patricia, and her husband, Woody. The exterior was beautiful and we were so excited to see the flying buttresses in person! Our tour of the cathedral was so interesting and we were in awe that it was 800 years old. The three beautiful rose windows, statues, side chapels, soaring ceilings, and intricate carvings depicting the many stories from the Bible filled us with wonder that so many deeply meaningful pieces of our Christian religion were everywhere our eyes could see. The beautiful pipe organ was a gift to our eyes and our ears,” she stated.

“Don and I again revisited Notre Dame in October of 2017. The front facade of the cathedral with the three enormous doors, each surrounded by carvings of our much loved prophets and disciples for all Christianity deserved hours of observation and admiration and contemplation themselves. We feel blessed to have toured and prayed in this historic and beautiful monument to Our Lady, and are deeply saddened by the destruction of it’s interior, roof, and sensational spire. We pray that it can once again be restored to its former glory,” Anderson noted of the hope for the future of Notre-Dame.