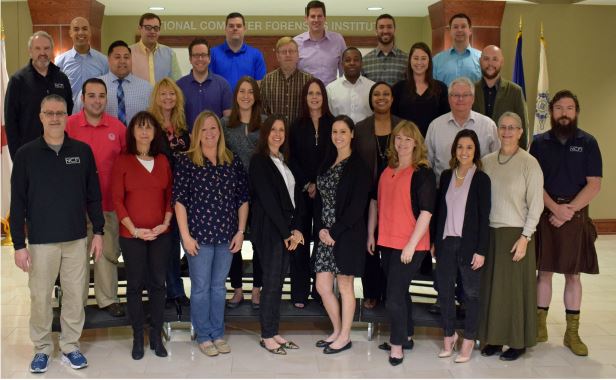 POMEROY, Ohio – From April 15-19, 2019, Meigs County Prosecuting Attorney James K. Stanley attended the Digital Evidence for Prosecutors program hosted by the National Computer Forensics Institute, which is a partnership between the United States Secret Service, the United States Department of Homeland Security, and the Alabama District Attorney’s Association. Admission into the program was highly selective, and Stanley was one of only twenty-four prosecutors from across the country chosen to participate in the training, which was held in Hoover, Alabama located just outside Birmingham. Digital Evidence for Prosecutors is a tuition-free program, and travel costs, a food stipend, and hotel accommodations were provided at no cost to attendees.

The National Computer Forensic Institute website describes the facility as a federally funded training center dedicated to instructing state and local officials in digital evidence and cybercrime investigations while focusing on current cybercrime trends, investigative methods, and prosecutorial and judicial challenges. At this facility, they hope to be able to train the next Video Forensic Experts as well as other digital forensic scientists who will be able to assist police when it comes to prosecuting criminals. The National Computer Forensic Institute is recognized as the premiere hi-tech crime training facility in the United States. Courses are administered by the United States Secret Service’s Criminal Investigative Division and the Alabama Office of Prosecution Services.

“It was an incredible honor to be selected as one of the few participants in this program from across the country and to learn from the experts in the field,” Stanley said. “The knowledge and skills gained from this training will be invaluable in prosecuting cases involving digital evidence but particularly regarding various cybercrimes committed in Meigs County including theft, identity fraud, and sex crimes committed against children.” Stanley learned about topics such as computer and mobile device hardware that can deal with mobile forensics, operating systems, networking, data extraction, digital forensics, examination of data, and interpreting digital forensics reports.