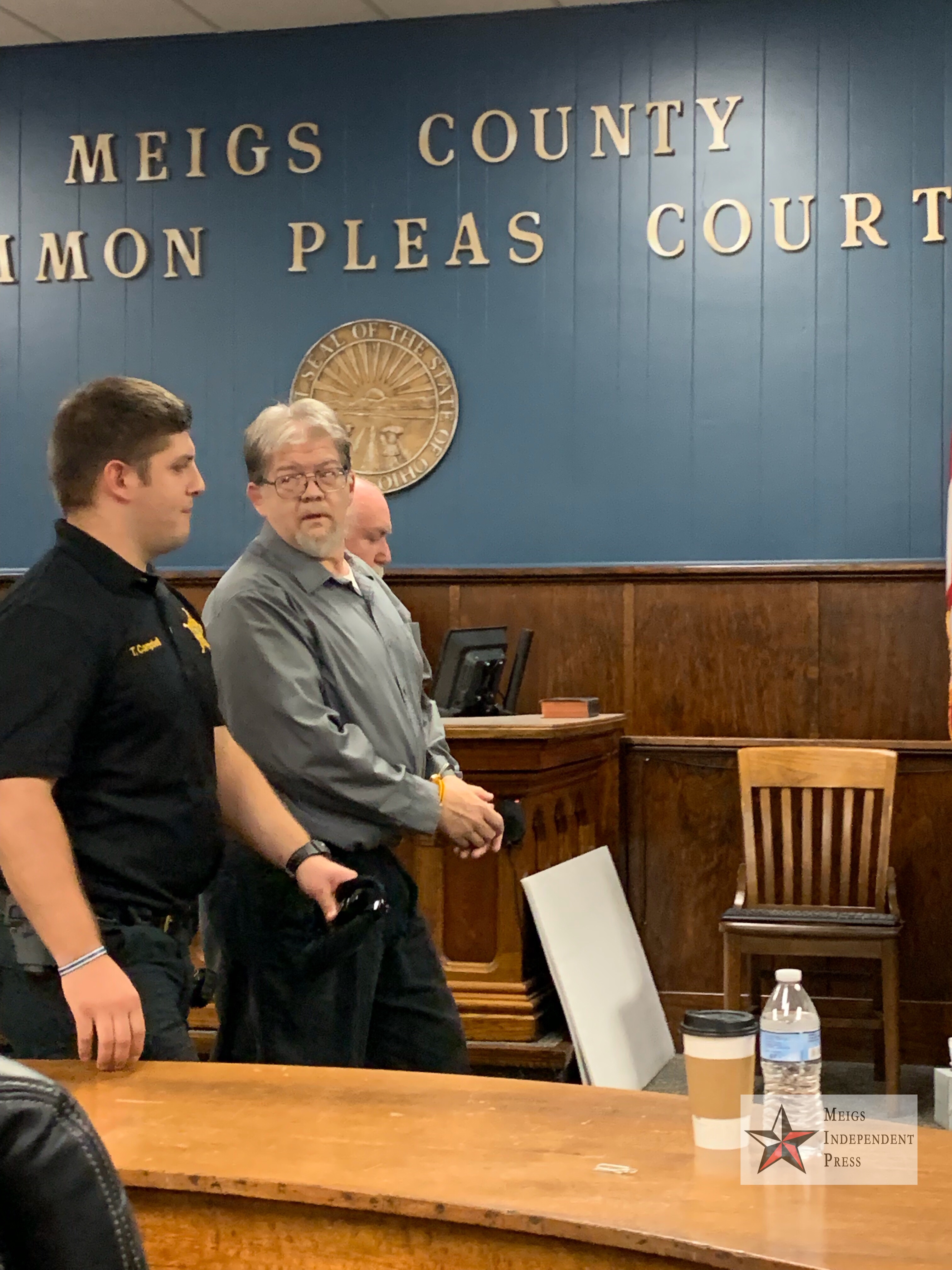 Tucker found guilty on 24 of 25 charges

POMEROY, Ohio – Following eight days of testimony, the jury has reached a decision in the Larry Tucker trial.

The jury found the following:

The counts involve a period of six years in which Tucker was convicted of victimizing women under his authority while he was employed as a Middleport Jail Corrections Officer and a Meigs County Court of Common Pleas Probation Officer. From January 2011 to November 1, 2017, Tucker used his position to terrorize women that were awaiting trial or were to be serving community service and probation in Meigs County. Throughout the trial a pattern of behavior became clear as the 12 victims told similar accounts of Tucker’s sexual misconduct toward them.

Tucker used his knowledge of the Middleport Jail and Meigs County Courthouse to stay out of security camera view. He used the jury room at the courthouse and supply closet at the jail to perpetuate victimization of many of the women. He tried to get the victims to tell him when their parents, children, boyfriends, or husbands were gone so he could go to their house with the intent of having sexual conduct with the women. Tucker clearly and repeatedly told the women of his position of authority over them. He even offered some women money to have sex with him.

Both the Meigs County Court of Common Pleas and the Middleport Jail deemed enough misconduct had occurred to terminate Tucker from both respective positions not long after the allegations came out.

Closing Argument from the State

Special Prosecutor Angela Canepa from the Ohio Attorney General’s Office summed up the case in closing arguments for the jury. She urged the jury to look at “the reasonableness” of the victim testimonies throughout the trial. She pointed out the consistency of accounts from women that did not know each other. “He had taken steps to complete” the crimes he is charged with. She noted the pattern of behavior which often began with a sexual comment, a caress of the hand or kissing which escalated to grabbing their breasts and placing his hand down their pants, even inserting his finger in their vaginas. All of the women consistently stated Tucker’s issue with having an erection. During all of the accounts, the victims were consistent with that fact. Canepa stressed the role Tucker’s position played with each victim, “All these fears these women have are reality,” and additionally, “He said ‘no one will believe you.’”

Canepa went on to comment about the victims demeanors on the witness stand as many of them struggled with retelling the traumatic experiences. His authority in the role of completing Pre-sentence Investigations for those to be sentenced. It was on his recommendation the victims and others would be sentenced to prison, community service or addiction treatment facility. That authority made it difficult for the victims to come forward, but Canepa pointed out the women were very clear of their position verses Tucker’s. One of the victims told her mother what had happened, but did not to tell authorities because, “She didn’t want to go up against the ‘powers that be’ in Meigs County.”

Canepa argued that this trial, the interview process had cost the victims personally. She noted the issues many had while on the stand reliving what Tucker had done to them, facing him again, and some having to tell their loved ones of the coming trial. One victim had been able to move on to a degree from what Tucker did to her and had since married. She had to tell her husband what had occurred with Tucker. “It cost her to have to go back and relive this,” Canepa said.

Concerning the misdemeanor charge of Theft in Office, Tucker was also scheduled to work for the Court of Common Pleas until 4 p.m. He was telling the court he was going to do home visits at 3 p.m., but he was actually going to work at Middleport Jail at 3 p.m. Canepa said, “Clearly deception on the defendant’s part.”

“I’m not going to stand here and say that Larry has been an Angel.”

Closing Argument from the Defense

During closing arguments, Tucker’s attorney, Kirk McVey argued over and over again to discredit the women that had testified they were victims of Tucker. He questioned their truthfulness in giving testimony.

“I’m not going to stand here and say that Larry has been an Angel,” McVey said. McVey then focused on discrediting the women.

While Tucker did not take the stand in his own defense, which is his right, McVey said that Tucker had denied all the charges against him by entering a not guilty plea to each count. McVey addressed one of the specific allegations that Tucker wanted to touch and have sexual intercourse with one of the victims, which she had told Tucker she couldn’t because of menstruating. McVey said Tucker had indicated, “Through his plea of not guilty is saying he didn’t pull the pants of (victim) an inmate in the Middleport Jail to see if she was on her period.”

McVey also focused on the points within the counts such as coercion and claimed the state did not meet the burden of proof. He also argued that “force” means violence. “A mere tap, a touch is not violence.”

According to McVey, there was no threat involved either. He argued that Tucker being a probation officer and something bad could happen to a probationer, it was not a threat.

“All these fears these women have are reality.”

A pre-sentence investigation was ordered by Judge Lewis. A sentencing date should be set within the next 30 days.