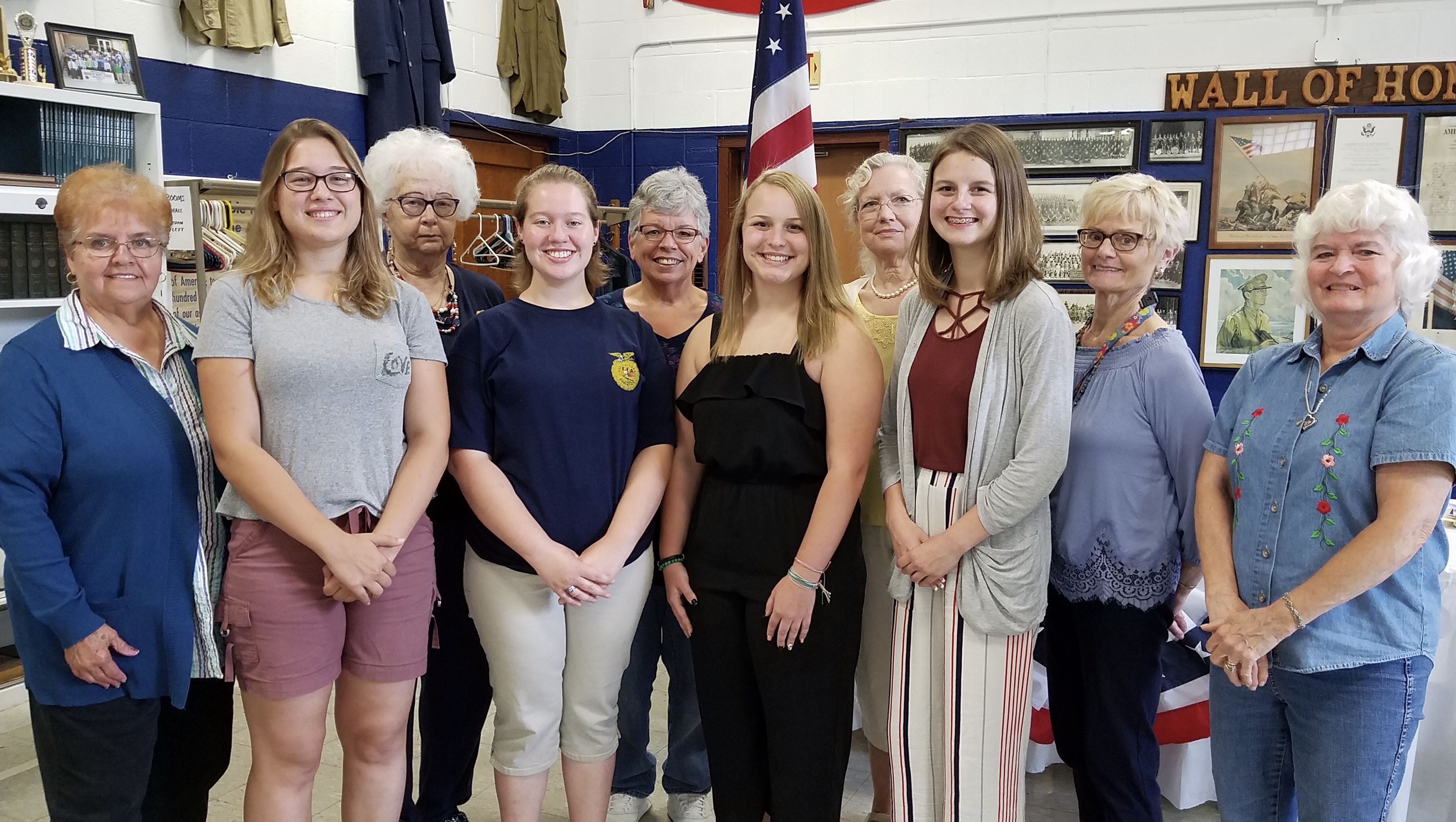 A meeting between the delegates chosen to attend Girls State in July 2019 and Auxiliary President JoAnne Newsome and other members was held on June 3, 2019 at the Legion Post for final instructions.

President Jo Anne Newsome began by telling some of the history of Girls State and how it was originated in 1937.  She reiterated many details concerning their attending Girls State and what to expect as well as what was expected of them.  She told them to think about what ‘office’ they would be interested in running for while there and make it known at the beginning of their stay, especially if it was something they would be considering doing late in their life.

Each delegate was given a ‘love offering’ from the Auxiliary to help with any purchases they wished to make during their stay.

She answered all questions that the girls or their parents had and at the end or the meeting she told them she knew they all were good candidates and would come home with honors and great memories of a wonderful time.

Cookies and punch were served and enjoyed by all.

Soup Fundraiser Set for Shop with a Cop Program

Soup Fundraiser Set for Shop with a Cop Program