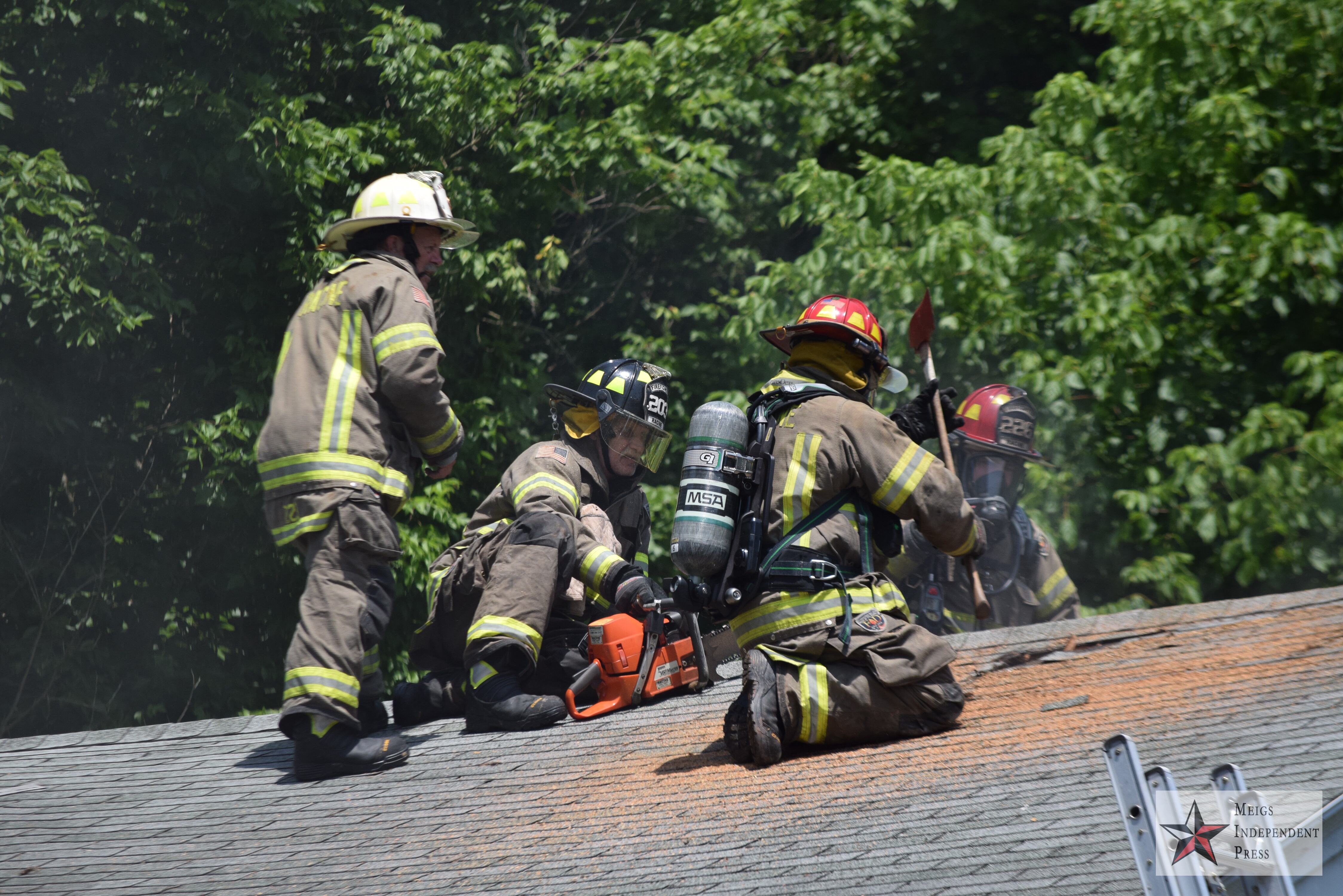 SYRACUSE, Ohio – Two Fire Departments responded to a fire at structure on Third Street in Syracuse, Ohio on Monday afternoon.

Just before noon the call came in of a confirmed structure fire with Syracuse Fire Department and Racine Fire Department responding. Smoke was coming from the eaves of the house. The house was not being lived in, but was undergoing renovations.

Syracuse Police Department also responded and is investigating the fire. According to Mark Griffin with the Syracuse PD, the fire is “under investigation” and the Ohio Fire Marshal’s Office has been contacted.

According to Syracuse Assistant Fire Chief Eber Pickens, Jr., approximately a dozen volunteer firefighters turned out from each department. He praised the mutual aid with the two departments. “Once again the mutual aid pays off, the assistance is always appreciated.” Pickens noted that both departments responded before the second alert sounded.

Additionally on a hot day like today, heat is an issue for firefighters. Junior firefighters can not actively fight fires, but they do provide support for those firefighters that do. Juniors helped with bringing water and helping with getting tanks on and off of firefighters. Meigs EMS was on hand to assist firefighters.

Responding to the fire were: Syracuse Truck 30, Engine 34, Engine 31; Racine Engine 27; Meigs EMS Medic 3 and 2; along with Syracuse Police Department.