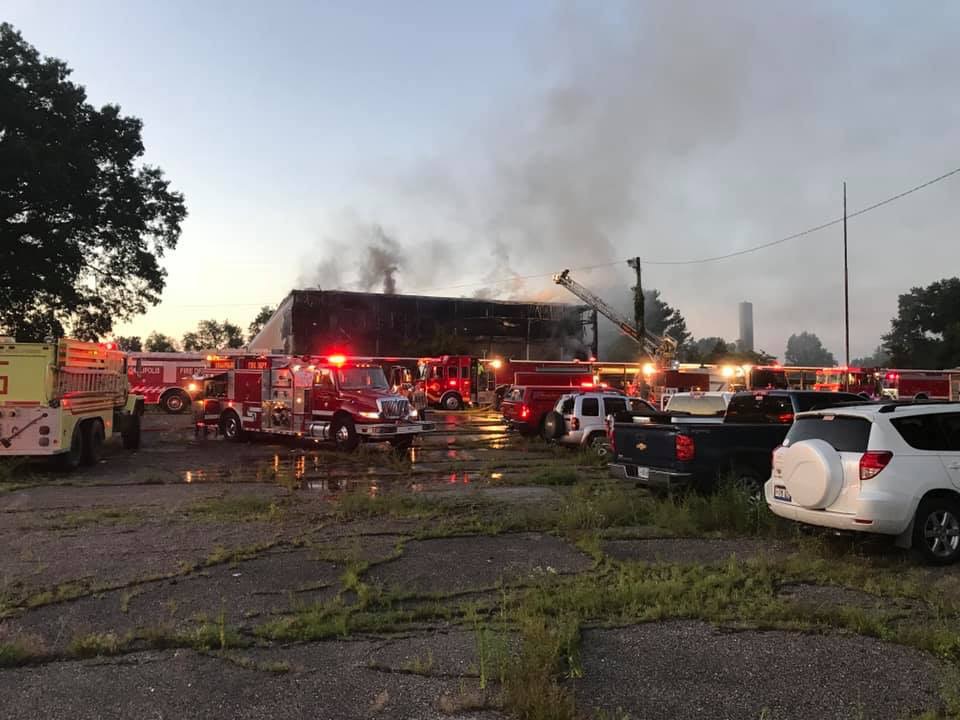 CHESHIRE, Ohio – The Middleport, Pomeroy and Rutland Fire Departments and two other departments battled a blaze at the old River Valley High School on July 14, 2019.

According to the Middleport Fire Department, Engine 12 made attack while other trucks supplied Engine 12. Ladder 16 and Ladder 2 also set up and attacked from the air.

According to the Pomeroy Fire Department, crews from all departments maintained a water shuttle to supply extinguishment efforts during the blaze. After approximately three hours, the fire was brought under control and crews were released by Gallipolis fire command.

No injuries were reported by personnel on-scene, and the fire remains under investigation. Crews were on scene for about three hours.

The structure was originally built to be Kyger Creek High School and even had a pool in the building. Later, it was known as River Valley High School before Gallia County Schools built a new facility. The building had been vacant.