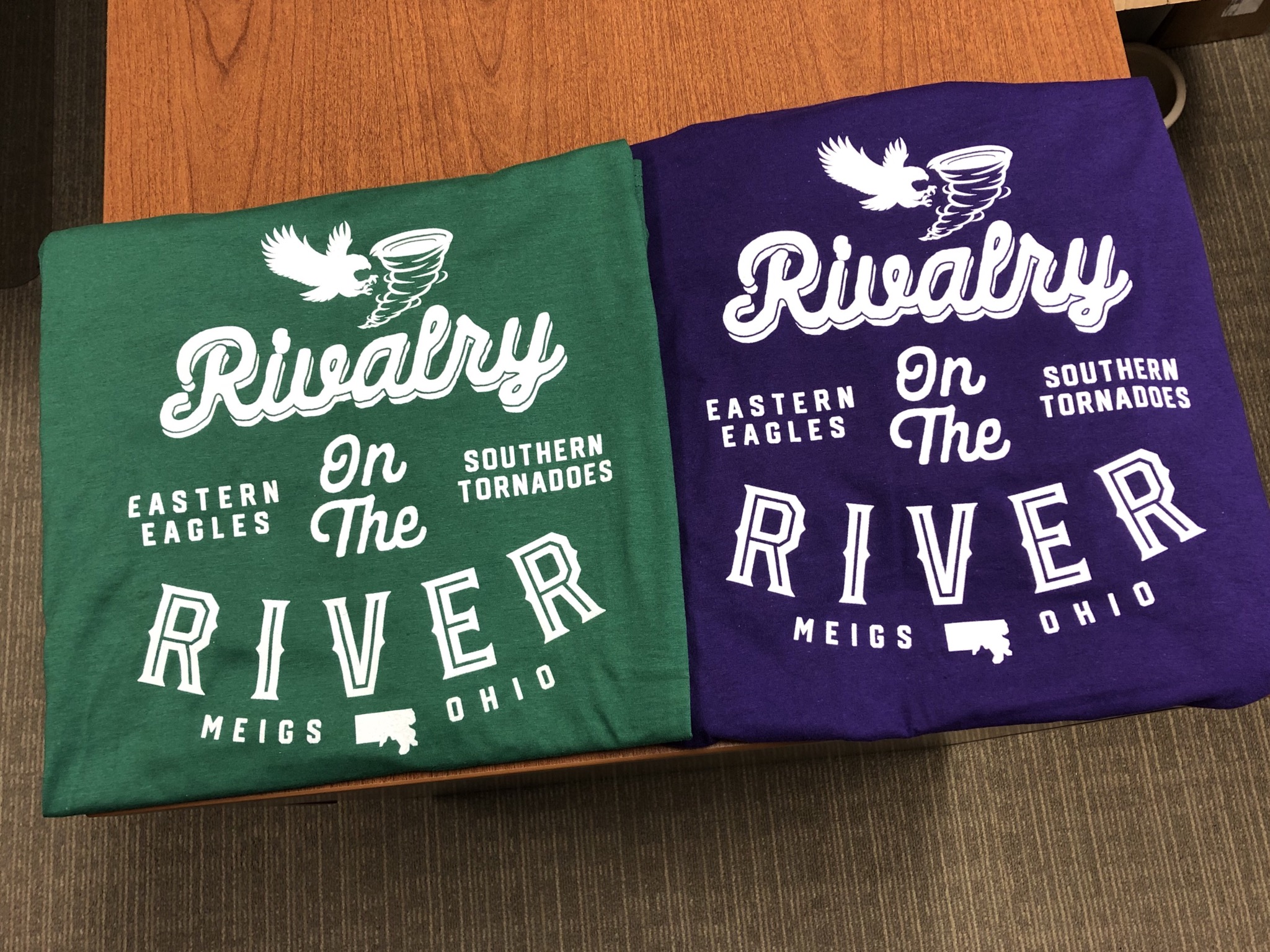 POMEROY, Ohio – The last regular season football game for two Meigs County schools means a rivalry will be renewed as they take the field at Roger Lee Adams Memorial Field in Racine. Farmers Bank is upping the ante with the inaugural “Rivalry on the River” for Southern and Eastern.

According to Dru Reed, Public Relations Manager with Farmers Bank, students on the football teams, cheerleaders and marching band will receive a t-shirt with a specially designed logo for the Rivalry on the River. Reed said the bank has partnered with RPG Management to make the shirts available to the students in their respective school colors for free.

Additionally, the first 150 fans to the game will receive a gray t-shirt with the logo as well. Reed said Red Tail Design Company created the logo after students from both schools voted on the name of Rivalry on the River.

Red Tail also designed a special trophy which will be presented at the end of the game to the winner. The trophy will be travel between the two schools based on the winner of future Rivalry on the River football games. Farmers Bank is sponsoring the trophy and representatives will be present for the presentation.

“We are excited about this,” Reed said, adding that he looks forward to the game and hopes the everyone will enjoy the evening.