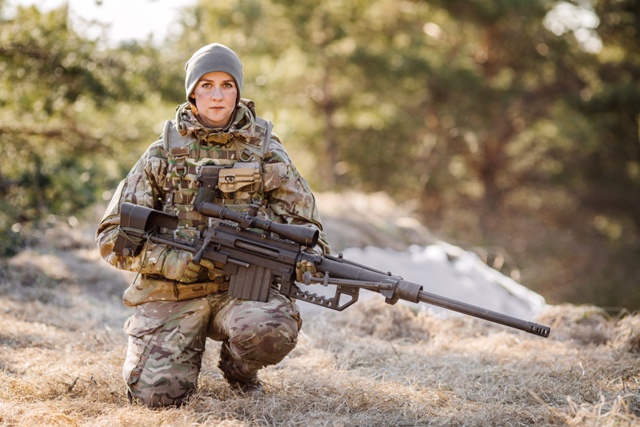 COLUMBUS, Ohio – Veterans Day parades, ceremonies and service projects were taking place yesterday across the state to honor those who have served. And some of Ohio’s so-called invisible veterans may soon have their own observance. A bill on Gov. Mike Dewine’s desk would designate June 12 as Women Veterans’ Day, to pay tribute to the 67,000 female veterans living in Ohio.

Angela Beltz is an Operation Desert Storm veteran and Chair of the Ohio Women Veterans Advisory Committee. She said women have played key roles in the military since its inception, yet their contributions often are overlooked.

“We’ve always been there; we’ve always served. It’s only been 75 years last year when they were able to serve in the military officially,” Beltz said. “So now we have all these females breaking these glass ceilings. We have women in Ranger school; not only are they going, they’re doing just as well as their counterparts.”

Senate Bill 77 passed both the Senate and House without opposition.

A 2017 report from the Department of Veterans Affairs noted it wasn’t until decades after World War II that women who served in the military began to be officially recognized as veterans. However, many still struggled to access services and benefits.

“One of the things that we hear a lot, especially from our Vietnam-era and our Korean War veterans, they say, ‘Well, I didn’t know I was a veteran; nobody ever said I was a veteran.’ And that’s sad,” she said. “We just need to keep finding them.”

Beltz said she’s appreciative that Ohio already is a veteran-friendly state, and she believes all veterans and service members should be honored today, as should their families.

“Without the families, the individuals don’t serve,” Beltz said. “So a huge hat off to and happy Veterans Day to the families as well, because they serve right alongside us.”