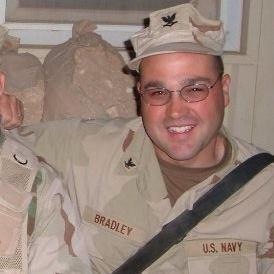 GALLIPOLIS, Ohio – It has been six years since Larry Bradley died while hunting in Gallia County. Questions have surrounded his death, a letter that was sent to law enforcement and circumstances that have left those questions unanswered. Gallia County Sheriff Matt Champlin is seeking information in case, which remains open.

In a statement from Sheriff Champlin, “With the opening day of deer gun season upon us, Sheriff Matt Champlin would like to encourage anyone with information pertaining to the shooting death of Larry Bradley, back in December 2013, while he was hunting, to come forward.”

The family has been left without answers, without closure for six long years. During a press conference in 2014, Denise Bradley talked about the loss of her husband, Larry. She related his final moments as well. As previously reported, Denise said on Dec. 2, 2013 her husband called her at 8:23 a.m. asking for help. She said Larry tried to give her details of his location, indicating to call his father and that they would need a ladder. Larry was deer hunting in a tree stand when the shooting happened. Denise recalled the painful memories of those terrifying moments in which her husband bravely tried to relate information.

“Just help me, hurry,” she said were the last words he said to her. The phone call only lasted from 8:23 a.m. to 8:28 a.m. The last minute Denise was trying to get Larry to respond to her. She said she had heard him choking and then silence. During the 2014 press conference, Denise walked members of the media through the horrific ordeal with one goal, that someone with information would come forward or the person involved with the letter would come in the Sheriff’s Office.

Several weeks after the shooting the Sheriff’s Office received an anonymous letter in which the author claimed responsibility for the shooting, describing it as an accident.

“I encourage the person responsible to contact me or any of my deputies directly so we can close this case and give the family some closure” states Champlin.

Anyone with information about this case can leave it on the Sheriff’s Office Anonymous Tip Line at (740) 446-6555.